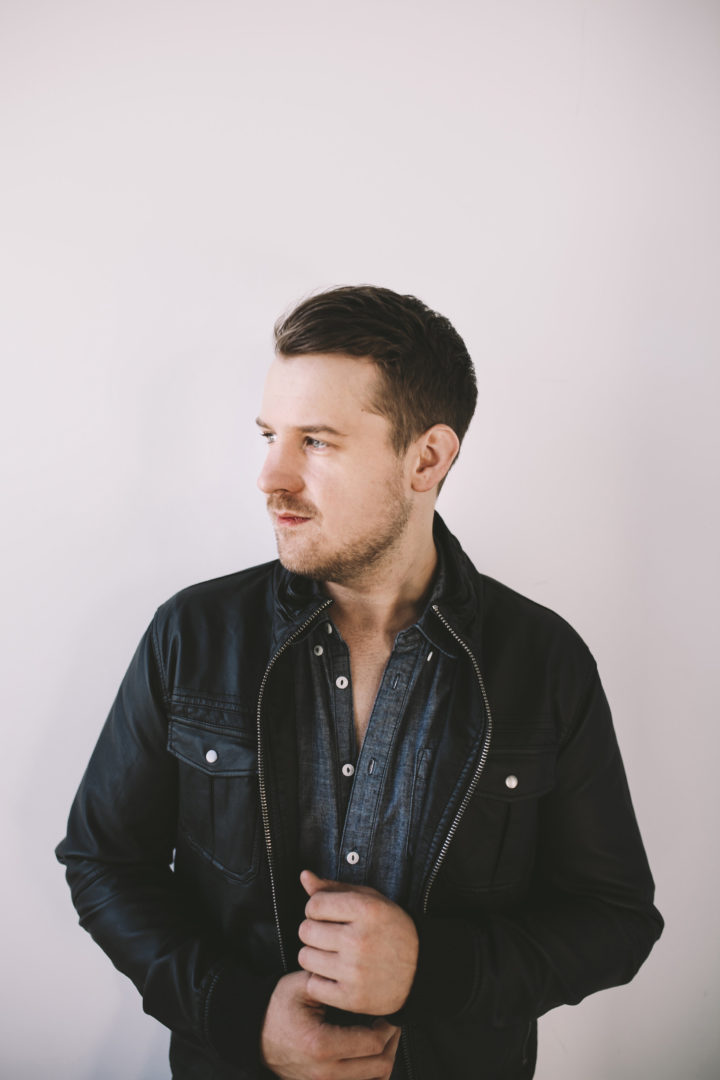 Winnipeg, MB based country artist, David James is on his way to the top, signed with MDM Recordings, he has recently released a brand new single, “Some Hearts”, which is an amazing song, that if you haven’t heard yet, you should go listen to, right now: https://canadianbeats.ca/2015/09/29/new-single-released-by-david-james/

I had the chance to ask David a series of questions about his background, his music and so much more, so keep reading to be enlightened on all things David James.

I was born and raised in and around Winnipeg. Growing up there you really develop an appreciation for great music, as so many fantastic musicians and artists are from or have spent a lot of time there. On any night of the week you can walk into a basement club or venue and listen to some of the finest players in the country.  So as a musician it’s a dream come true!  It’s truly a special place for music, and that inspired me from a young age.  I remember as a kid I’d lock myself in my room for hours and listen to records by Roy Orbison, Johnny Cash, The ‘Stones and Marvin Gaye.

When did you know you wanted to pursue music as a career path?

For me, music has  always been a big part of my life. But like pretty much every other Canadian kid, it took a bit of a backseat to hockey when I was younger. It wasn’t until I finally joined my first band when I was 16 that I really caught the bug to perform in front of people. Even if we were just finding our feet and figuring out how to perform, being able to command that kind of attention and to pour every last piece of you into a performance that other people connect with – that’s a better feeling than any big play I’ve ever made on the ice!  So from then on I was always involved in bands, mostly cover bands. That was up until a chance meeting with my would-be producer in the Fall of 2012, when he convinced me to see the bigger picture, and I haven’t looked back since.

You have just released your new single, “Some Hearts” to radio, it’s still early but how has the response been so far?

The response has been pretty incredible. I knew releasing this particular song would be a bit of a curveball for radio. It’s a strong, powerful message.  This song has such meaning for me, and to be able to inject some positivity into the world and have it embraced is a very cool thing, and that’s definitely been the case so far. We’ve had a lot of early support from some big stations, so I hope it will do quite well.

We are told there will be a video coming very soon, what can you tell us about the filming process?

This filming process has been a little different for me, as I’ve taken the lead on the creative direction for it. It’s been exciting to tackle a new challenge like this, and we’ve had a lot of fun with this video right from it’s inception. The team has been great to work with and I’m excited to show it to everyone!

When can fans expect a full album release?

I am actually headed back down to Nashville for the duration of October / November to finish writing for and recording the record, and our plan is to release it in early 2016.  The process has taken a little longer than intended, but it’s so important for me to get it right with this record.  If you consider the first two singles we’ve released off of it, “What We Weren’t Looking For” and “Some Hearts”, both are impactful songs, and I want to ensure that the whole record follows that blueprint – a truly authentic experience for the listener.

Like most writers, I try and incorporate a lot of my own experience and perspective. I think the most honest and impactful songwriting happens when you’re going through hell. I know the best stuff I’ve written has been during those difficult circumstances. That’s when honesty and rawness come through because that’s all you have left.

That’s such a difficult question for me because I was exposed to SO MUCH incredible music growing up. My mom exposed me to gospel, and my dad baptized me into soul, rock n’ roll, and the blues. It’s all affected me in different ways, pulling me in different directions. But there was one record that deeply affected me growing up, right to my very core – U2’s The Joshua Tree. It’s the one record I can remember playing over and over and over again until my ears were tired, but not wanting to stop listening to it. There are so many different elements of rawness, spirituality, emotion, lyrical genius.  Simply put, from start to finish it’s the most beautiful record I think I’ve ever heard.

You are a four time Manitoba Country Music Award nominee, including Male Artist of the Year, how does it feel to be nominated for these types of awards?

It’s a huge honour anytime you’re recognized amongst your peers whom you respect and admire so much. To be honest, having my name in those categories feels a bit surreal every time that I see it. But more importantly to me, there are a lot of talented artists coming out of Manitoba, and it’s great to see that finally being showcased.

Were you able to attend Country Music Week in Halifax? What was the highlight for you?

It was my third CCMA week this year, and it was all around an amazing week. East Coasters are unbelievably welcoming and hospitable. There was just an incredible energy surrounding the whole week, which made it an experience I’ll never forget. The highlight for me was when our team won Record Company of the Year.

You are signed with MDM Recordings, who just happened to win some big awards at the CCMA Awards, including Record Company of the Year, how does it feel to be part of the MDM Recordings family?

Being even a small part of our incredible team at MDM is a very large point of pride for me. The amount of heart and soul all of those people pour into the label and the careers of its artists is simply astounding. I am so blessed to be part of the MDM family, and it was fantastic week for all of us.

MDM is full of talented artists, are there any collaborations in the works?

Nothing planned at the moment, but I’d love to work with or share the stage with any of them. They’re all such incredibly talented and dedicated people, and it would be a real honour.

Can we expect tour dates to come anytime soon for a Cross Canada tour?

We’re beginning the process now of looking at 2016 and figuring out our touring schedule. My band and I are itching to get out on the road from coast to coast. It looks like it’ll be an awfully busy year on all fronts, so we’re excited to travel all across this amazing country, meet more fans, hopefully make a few new ones, and put on some seriously electric shows!

Neil Young has always been one of my favourite songwriters. He has a way of packaging ideas perfectly, both lyrically and melodically. Or of course, Shania, I can’t help but dance when Shania comes on.

It’s been rumoured you may be a bit of a romantic, so of course I have to ask, what’s your favourite love song?

“Bring It On Home To Me” by Sam Cooke, or, “The Way You Look Tonight.”

What is your favourite outdoor activity on an Autumn day?

I love all sports, so anytime I can get out there with my buddies and play a pick up game with football is always a great time.

I don’t take many true days off.  I’m always trying to get SOMETHING done. But I’ve learned not to take sleep for granted, so if I have time for a full 8 hours, you bet I’m going to get it.

I was given a lot of CD’s growing up, but the first one I ever bought with my own money was “Queen’s Greatest Hits” album.

What is your favourite social media outlet?

Last but certainly not least, is there anything you’d like to say to your fans?

I am so incredibly grateful for your support. From all of the kind messages and tweets about the songs you love, to coming out to the shows and introducing yourselves, to requesting my music at country radio. I am so blessed to be able to do what I love, and it’s all because of you and I love you all!