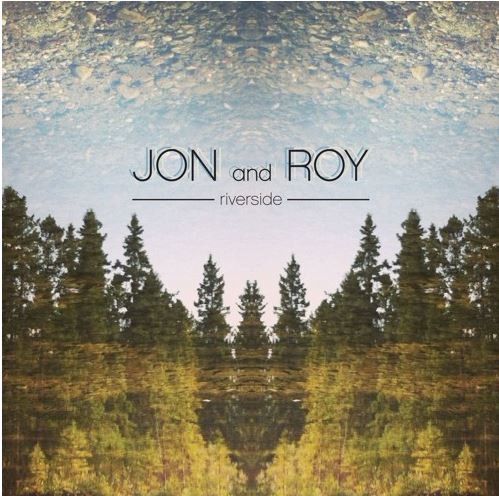 Full disclosure, I like my folk music a bit more pop-ish and a lot less twangy than the usual fare from Victoria, BC trio Jon and Roy. That being said, after a few listens their recently released sixth studio album, Riverside, drew me in.  Jon Middleton’s uncomplicated yet groovy guitar work is well suited to his languid vocal style which lends itself well to this style of folk.

The second track on the album, Light Me Up, on first listen irritated me to no end, not because it is in anyway a bad track, but because it reminded me of something I had heard before. Though not identical; it bares just enough similarity to Fatboy Slim’s Praise You to be both hard to place and insistent enough to keep scratching at the gray matter until you figure it out. Given that it is the second song on the album this means you risk being distracted until the end. Once the connection was drawn and the brain itch relieved however, the upbeat rock feel quickly saw it becoming my favourite track on the album.

The overall themes of the album; embracing the now and moving forward free of fear and self-doubt, shine through in exemplary fashion in the first single Ripples, which also showcases some of drummer Roy Vizer’s almost reggae like beats which are solid throughout the entire album.

Riverside will not likely be a permanent fixture in my playlist but it will definitely get some air time. It is a solid offering by a group of guys with some experience in the studio that definitely comes through in the album. Musically it is tight and well produced and any fan of folk music should definitely give it a listen.