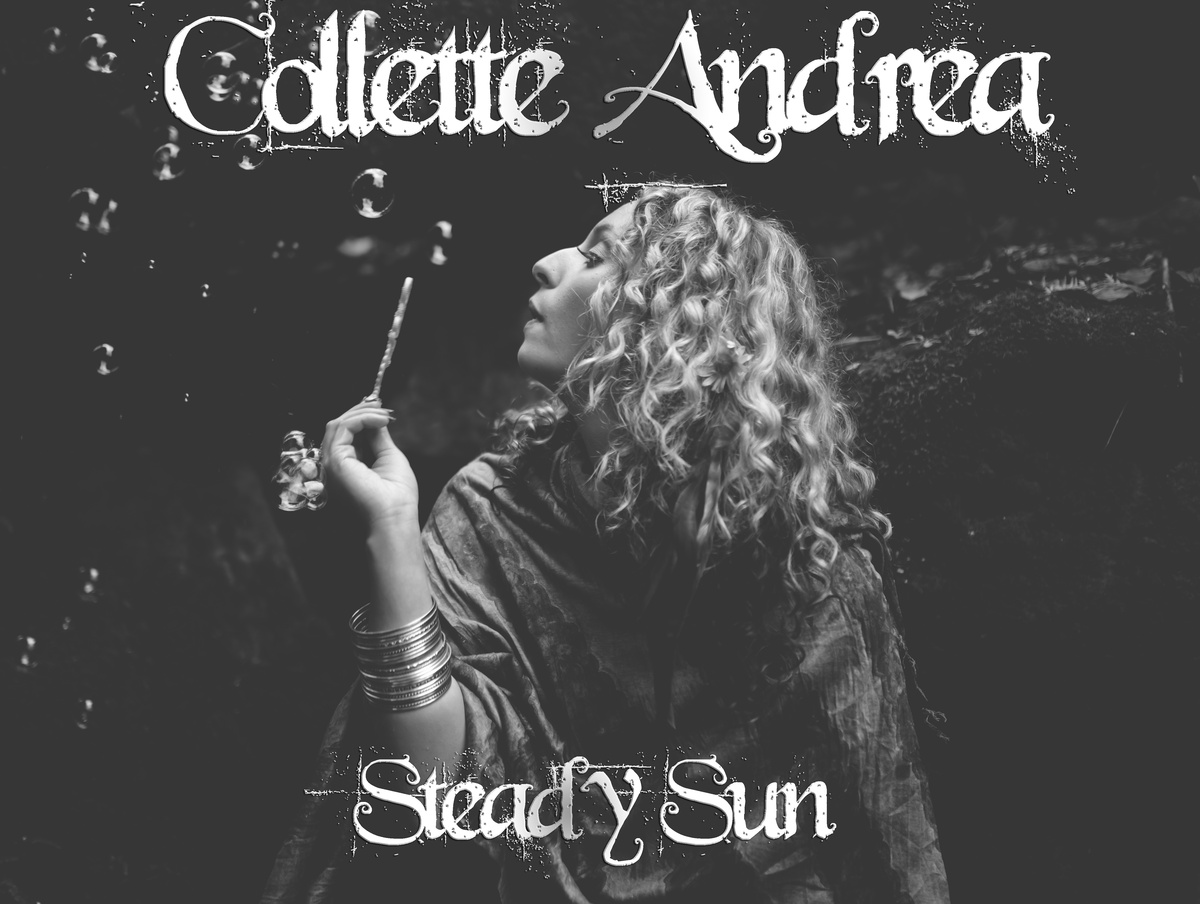 Brampton native Collette Andrea released her 5 track sophomore EP Steady Sun in July of 2014 as a follow up to 2012’s Luna EP. In the two years between the two recordings Collette has come to exert a mastery over her deep, soulful vocals that was lacking on her previous outing and the result is breathtaking. Settling in to the lower registers leaves the listener able to relax into the album as opposed to the tension one feels when she pushes her range as she does on Luna.

Collette’s guitar playing has grown with time as well and has resulted in a much more experimental sound which is reminiscent of the 70’s psychedelic sound, with the title track in particular, Steady Sun, echoing hints of Jefferson Starship. The general feel of the album however can be summed up as a sultry blues soundscape that brings to mind thoughts of drifting slowly down the Mississippi River on a hot summer’s day, toes dragging in the water.

The only real drawback for me on this album was the track You and Me which included the insertion of many ambient sounds, glasses clinking, mumbled voices and the like. I can only assume this was meant to add atmosphere but in the end I found it to be overly distracting and really took away from what would otherwise have been my favourite track on the recording. Overall it is a solid album which shows a lot of growth from an artist that I look forward to seeing mature even further into her art.