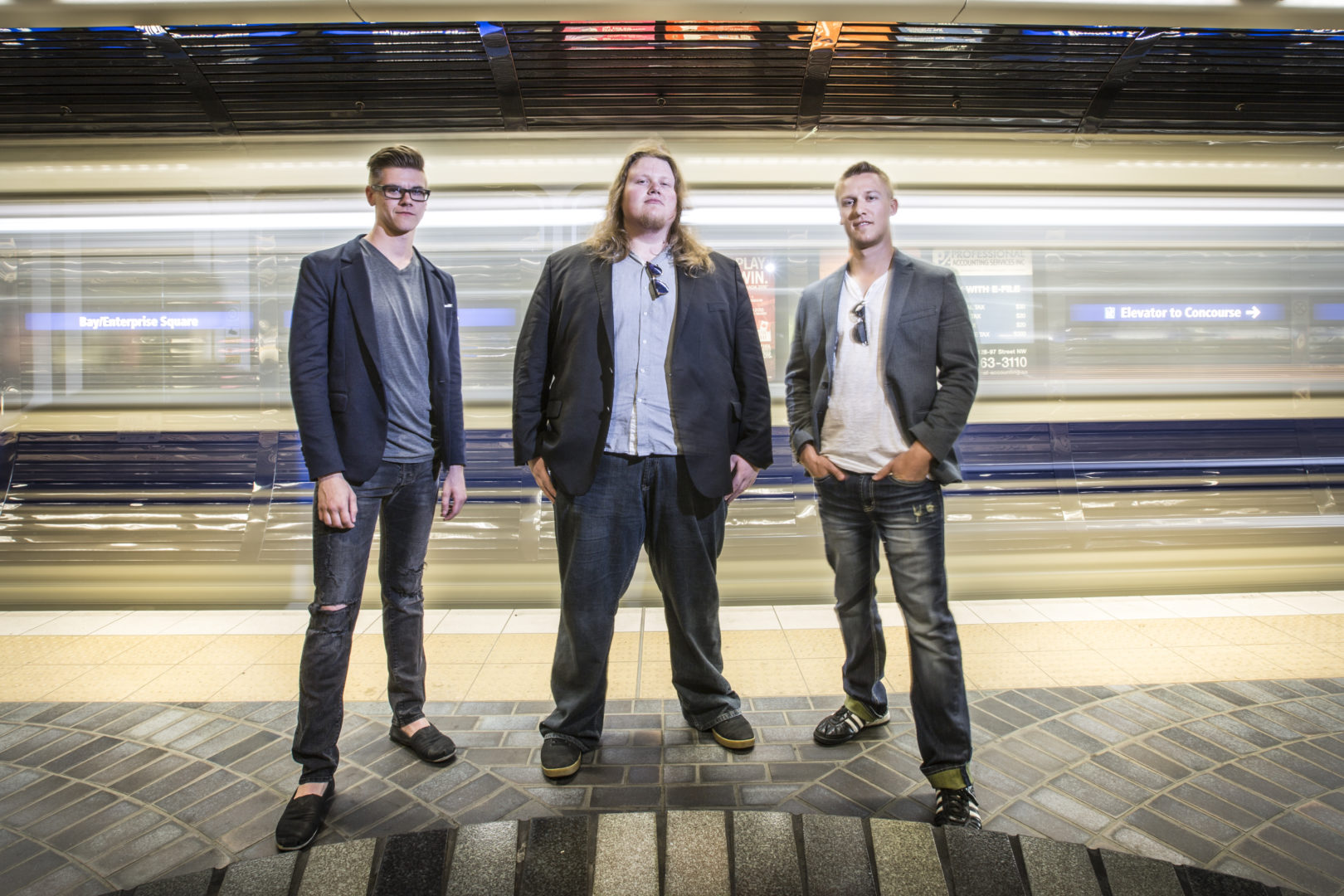 Edmonton, AB based progressive rock/ metal band, Tylor Dory Trio has just released their debut EP, “Carried Away’ on September 25, 2015. The band has teamed up with us to do a contest, so check out our Facebook page for those details. We had the chance to ask the band a few questions about their background, and lots more!

Hey! This is Jonathan, the drummer and backing vocalist for Tylor Dory Trio.

I met Tylor through an open jam back in 2006, and playing on & off for several years, decided to get together and form a band. We bonded over a mutual love of Dream Theater and Porcupine Tree. Slava first met Jonathan in 2009 via a Kijiji ad, and reconnected in 2011 at a RHCP concert, came to jam with me and Tylor in early 2012, forming the band shortly thereafter.

You just released your debut EP, “Carried Away”, how has the response been so far?

We’ve had great response so far, and it’s cool how many fans of heavier music have been positively responding to the lighter, more acoustic elements on there as well.

Can you tell us a bit about the writing process on this EP?

The first and third songs were written in our jam space while jamming on the fly. Carried Away and Anne were brought in by Tylor as complete pieces.

If you had to recommend only one song from the album to a new listener, which would you choose? Why?

I’m going to cheat and say “Carried Away” and “The Black Lodge” combined because the songs are actually tied together. First time listeners may think they are one song. Those tracks represent the many facets of our sound and would represent us well to potential fans.

Musically artists like Steven Wilson and Devin Townsend have had a profound effect on the way I view things like song structure and use of time signatures. Lyrically we pull a lot of inspiration literature specifically writers like Christopher Hitchens and Richard Dawkins.

How would you say your sound has changed since your previous releases?

I feel like this EP is quite a bit darker and melodically mature than our first release. Additionally the writing process was different in that we had one less guitar, and so there was different consideration.

Can fans expect tour dates from you in the near future?

Nothing that we can announce just yet, although we have been putting together ideas for our follow-up, and will be recording it this winter since no one wants to be outside in Edmonton during the winter anyways.

If you had the chance to tour with any other Canadian band, who would you choose?

What’s up next for Tylor Dory Trio?

As I was saying earlier, we’ll be recording our follow up release, (this time a full length) with hopes of releasing it late 2016, not to mention lots of shows, videos and play through videos to support Carried Away.