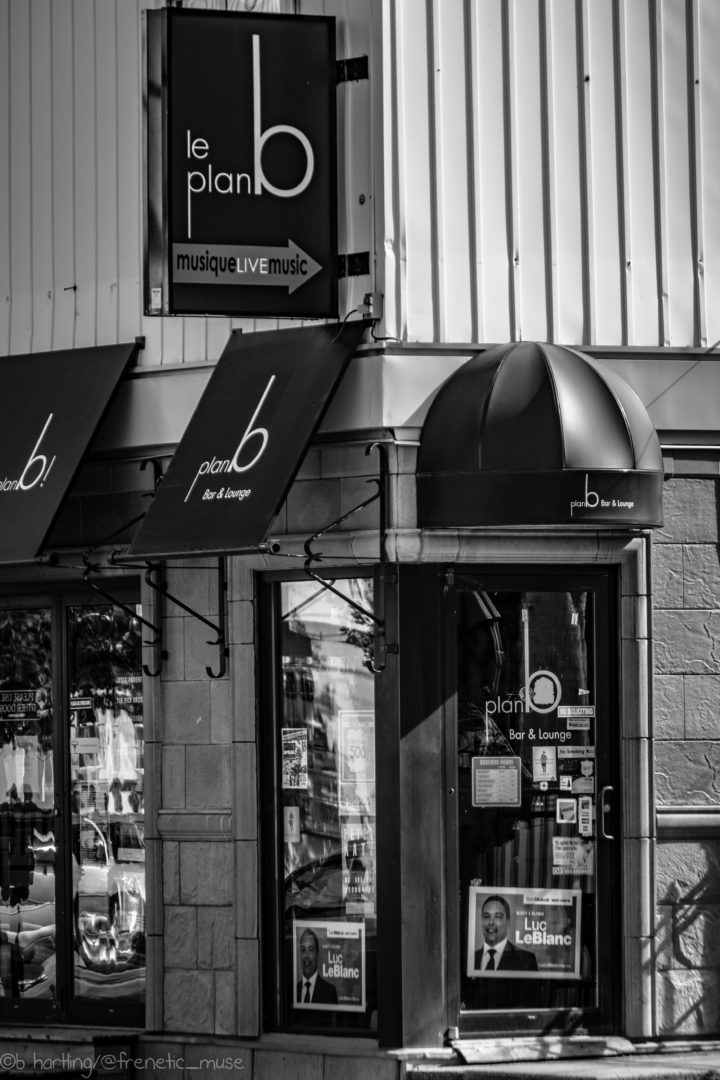 Walking through the doors of Plan b Bar & Lounge, in the heart of Moncton’s downtown core, is a lot like walking into the bedroom of that one friend we all had as a teenager, with band photos plastered across one wall and across another, the showcase, the names of many of the bands who’ve taken to the stage in various coloured inks. The small venue with a capacity of less than a hundred people offers a cozy atmosphere and welcoming staff along with one of the better beer selections in the city. These are far from unique traits for a bar in a small city however, and certainly not the sort of thing that leads to multiple Music/Musique NB Venue of the Year awards to hang on the walls. 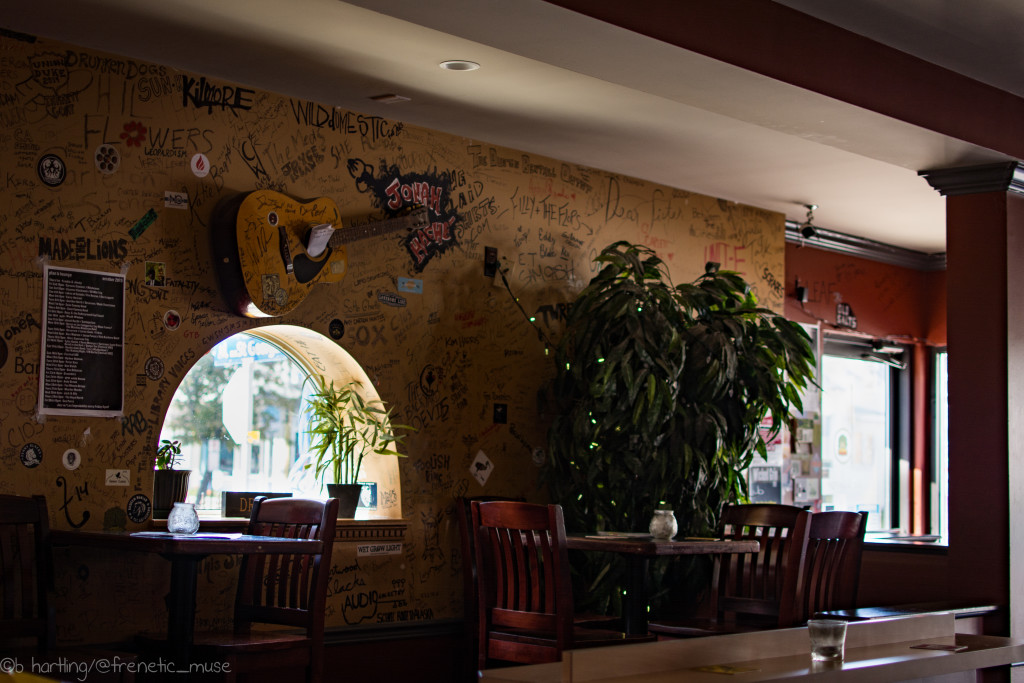 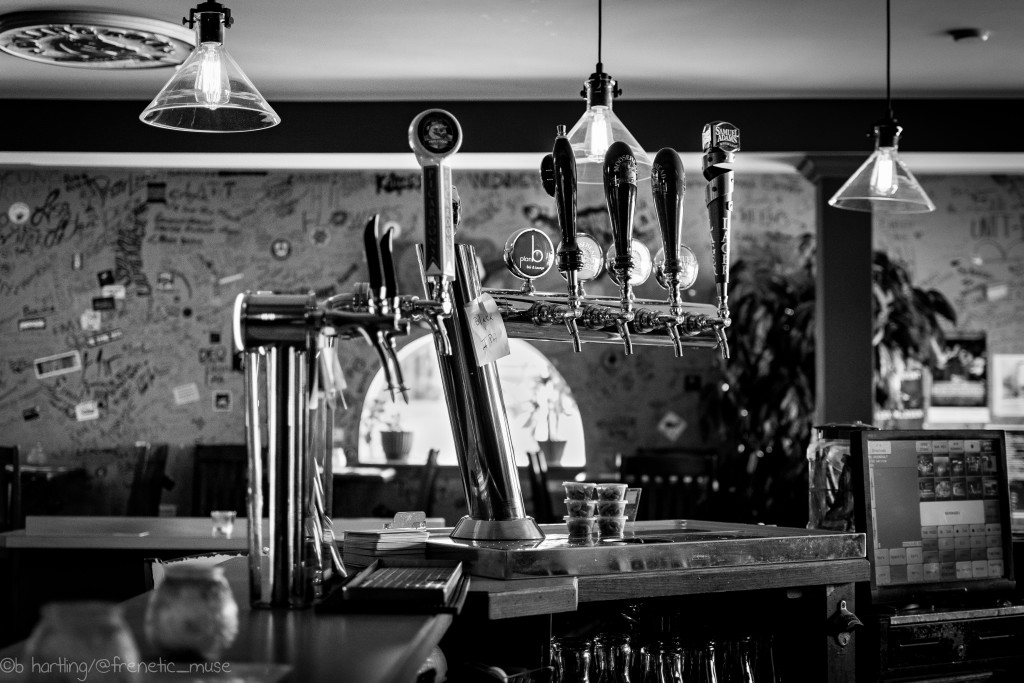 What really sets Plan b apart from other venues is their focus on supporting original live music, regardless of genre. In an age where many venues consider entertainment an afterthought, Plan b’s owner, Tracy Petukhov makes it the center piece of her business model and the result speaks for itself having won the aforementioned award every year it has been offered since 2011 with another nomination this year. It is not merely about what bands can bring to the venue though, Plan b also offers more than just a stage in return, with an apartment above the bar dedicated solely to accommodate the booked acts, it also offers a welcomed break from the costs of being a touring band.

In her own words Tracy says “From the day I took over the bar, the plan was always live music and with the help of my great staff, we did just that. The plan was to help touring musicians fill their tour. Sometimes it is hard to get a gig on a Sunday, Monday, Tuesday or Wednesday and we would be here to fill those empty dates. It took all of us together to make it work. We are not only a team but a family.” In the process of making it work they also changed the face of the local music scene by putting an emphasis on local acts, and in their ability to get an audience through the doors. Moreover, music fans in the Hub City have come to expect quality music on a nightly basis which has in turn forced other venues in the city to step up their game and start offering more live events.

Despite being a small venue Plan b’s stage has seen some big names with the likes of July Talk and Teenage Kicks as well as regulars Alert the Medic but Petukhov never loses sight of the smaller acts and those from closer to home. As she recently told me when asked about her booking strategy “We also feel that all bands deserve the chance to play on a stage. It has been fun to watch smaller bands make it in this tough industry. The Sheepdogs come to mind as the first band to start at Plan b as virtually unknowns. We’ve watched many bands come through the doors who are now playing bigger stages.

It is very important to us to have local talent. They support us and we will always support them. We get very attached to the bands who come and play here and I think that shows in our reputation. Bands have very kind words to say about us and we feel the same towards them. The guest book in the band apartment reflects that they have enjoyed their time with us.”

A show at Plan b is more than just a night out at a bar or another concert where you stand back and watch a performance,  it’s a place where even an artist like former Guns n’ Roses guitarist Gliby Clarke check the rock star ego at the door and freely chat with fans. A place where instead of seeing security barriers you’ll see The Flatliners front man Chris Cresswell face to face with audience members as they scream lyrics back and forth in each other’s face. Moreover it’s a place where on any given night of the week you can stop in for a cold beer and Tracy and staff will always be genuinely happy to see you and provide you with one of the best interactive music experiences you’re likely to find anywhere in Canada. Tracy summed it up best when she said “It has been a fun 6 years and I wouldn’t change a thing.  It’s been an amazing adventure meeting so many new friends and talented musicians.  It nice to do something every day that you love.” That passion comes through loud and clear when you spend an evening there. 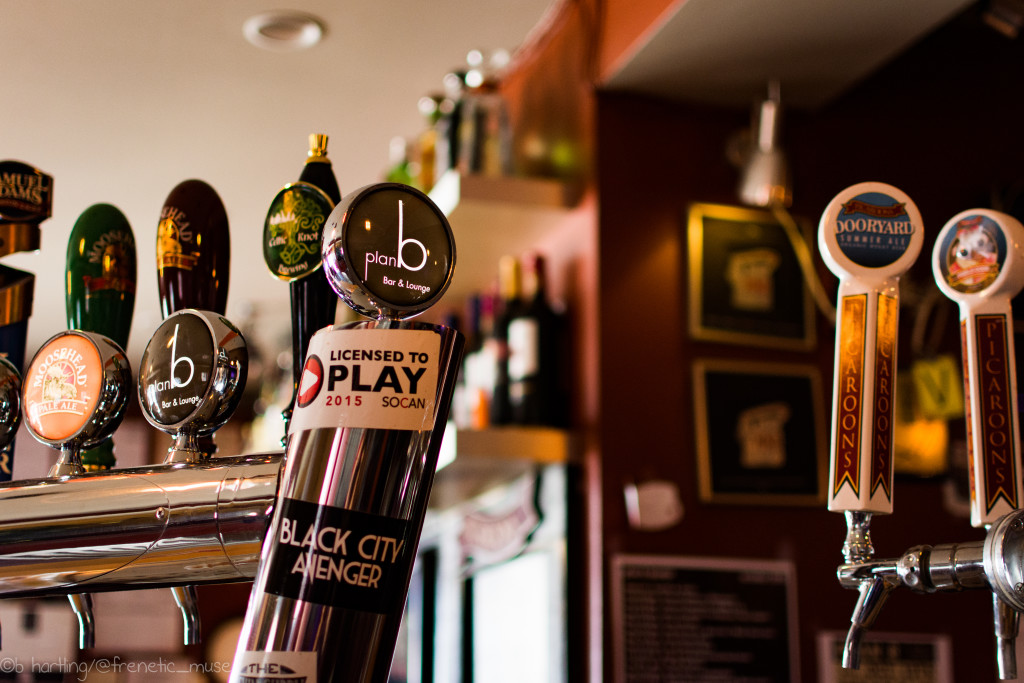 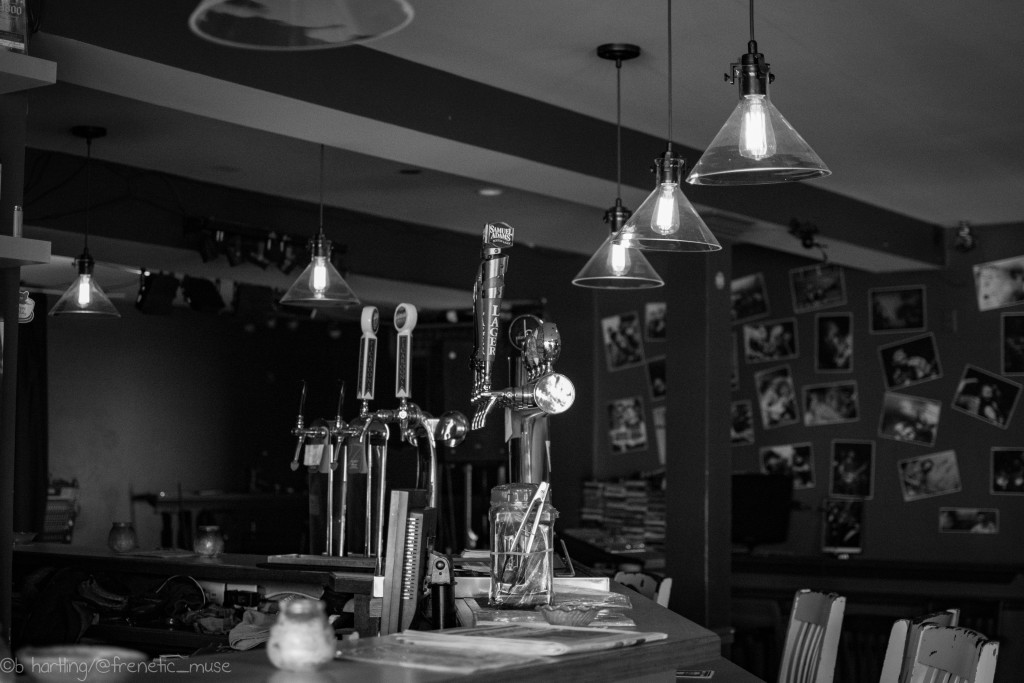 They are one of the best. They offer music 7 days of the week and accept all genres. On top of that, they offer their own accommodations for every traveling bands upstairs above the venue which makes it a full wonderful experience without worrying where to stay after. – Lex from Chaos Theory

The greatest vibes & the nicest people. Tracy and Staff are the best !! -Ryan Blake from The Road Heavy

As a first time touring band having a place to stay and an opportunity to play is a godsend. Plan B not only provide both but also a higher level of hospitality and respect that not very many venues offer. – Jordan Coaker from Waterfront Fire

Share this:
Related ItemsMoncton NBMusique NB Venue Of The YearPlan bPlan B Bar & LoungeVenue of the Year
← Previous Story Video Interview with The Pick Brothers Band by OPJAM
Next Story → New cover released by The Dirty Nil