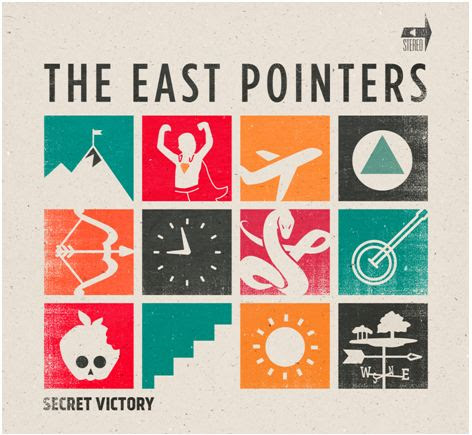 The East Pointers have released their first full-length album, ‘Secret Victory’ via Fontana North. The band consists of Tim Chaisson, Koady Chaisson, and Jake Charron. The trio, no strangers to the east coast music scene, have created a mostly instrumental album with some songs including lead vocals from Tim. The ten track release is sure to please those who enjoy the genre, as well as many that do not.

I was not expecting a mostly instrumental album. I wasn’t quite sure what to expect having only ever listened to Tim’s solo music before, but I was not disappointed. Although the songs are much more traditional than my usual music choices I couldn’t help tapping along to the beat. They bring something to the music that I haven’t heard before and makes me want to listen to even more. Personally, I prefer the songs with vocals such as “Cold”, “Last Blank Page” and “Work That Way”. The instrumental songs on the album are also very enjoyable, my favourites being “Places You’ll Go”, which is quite upbeat and “Woodfordia”, which starts off a bit slower and seems to have many different elements to it.

Overall I was thoroughly impressed with the album. ‘Secret Victory’ is something you have to hear to fully appreciate. If you like what you hear, be sure to check out their website and tour dates to see if they have a stop near you throughout their upcoming tour and stay tuned for our interview with the band.