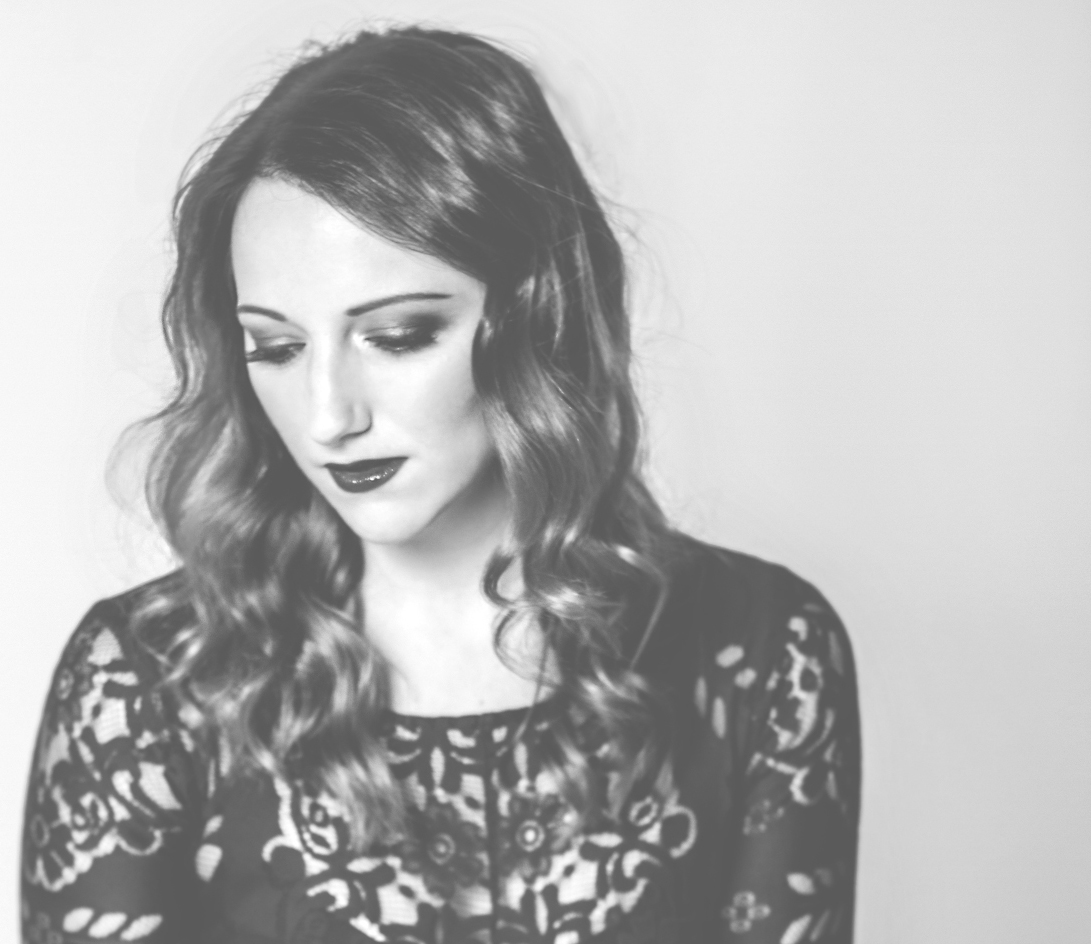 Victoria, BC artist, Stephanie Macpherson is about to release her new album, “Stones” tomorrow, which is a collection of songs, which are said to “delve deep into the complexities of personal relationships”. Be sure to keep an eye out on Canadian Beats for a review of the album, but until then, take a look at what Stephanie had to say when we had the chance to ask her a series of questions about her background, the new album, and more!

My summer was fantastic! I was busy working on plans for this album release, among other things, but also managed to sneak in a bit of time to relax. I did a mini-tour of Vancouver Island (my home turf) with my friends Ellisa and Dylan of Hart + Stone, went for many walks in the sunshine, and was able to spend lots of time with friends and family.

Let’s go back to the beginning, what is your first musical memory?

My first musical memory is probably of my father playing the same old folk song on the piano every morning of my childhood, or of my mother singing along to old spirituals while she drove.

I specifically remember falling madly in love with the soundtrack to the Little Mermaid, and singing those songs incessantly, much to the chagrin of my brother and sisters.

I couldn’t remember whole songs. Just sections. I could see that being annoying.

I guess my parents decided that if I was going to keep singing, I’d better be able to do it right, and maybe expand my repertoire. They had me in voice and piano lessons at age 5.

I’d been dabbling in the world of songwriting since I was a pre-teen, and really started getting into performing my own material in 10th grade, after my dad took me out to buy my first guitar. After High School, I went to College and studied Anthropology and Philosophy for a couple of years, then travelled to/lived in New Zealand and then Montreal, just to “try it”. My siblings and I all have dual Canadian/Kiwi citizenships through my Father. When I returned home to Vancouver Island, I decided to record an EP, and really “give the whole music thing a go”.

My friend and road-warrior Zachary Lucky took me out on the road with him for my first tour in the fall of 2009. We played 30 shows in 33 days between Vancouver Island and Montreal.

From there, I moved to Vancouver, won an opportunity to play the opening spot at Lilith Fair, got into the Peak Performance Project, and the ball kept rolling…

I don’t think there was ever an actual moment when I decided to pursue music as a career path. I just suddenly found myself doing it!

Everywhere. I love words and melody, and they are always at the root of my writing process. There’s a metaphor in everything if you look hard enough, and that’s often how it starts. I’ll see or hear something, and it will become a story that pours out of me. Sometimes it feels like I’m channelling something; like I’m not actually coming up with the song so much as it’s presenting itself to me.

Alternatively, sometimes I’ll be determined to write about a subject, or flesh out an idea, and it will be like playing with building blocks while an angry toddler constantly kicks at the foundation of whatever I’ve just painstakingly constructed.

You are about to release your new album, “Stones” tomorrow (October 9), how would you say your sound has changed since your debut album?

I think my sound has become a lot more mature. The instrumentation changes slightly from album to album, depending on the band and the producer, but I feel like the writing and the songs themselves have been steadily evolving.

I know my vocal range and how to play with a melody and phrasing, I’m delving deeper into complex subject matter, and I’ve landed happily in the realm of singer-songwriter alt-country vibe. I’m a little bit roots rock, and little bit pop, and I’m enjoying it.

When it comes to “Stones”, can you describe your songwriting process?

“Stones” holds some of the most personal content I’ve written to date. I took some time between albums to step back and really get to know myself before moving forward on another release. I saw a sister get married, my little brother move to Australia, my father find love and say goodbye to his mother, and learned some very important things about myself.

My songwriting process for this record required me to be totally open to the muses. (I don’t talk like that… “the muses”… but it’s the easiest way to describe it). If I wasn’t emotionally available to the song when I sit down to create, it became a struggle.

These songs seemed to all come from still moments within oceans of events.

I wrote the song “Home”, for example, while sitting in the garage of our Auckland rental home after we buried my Grandmother’s ashes next to my Grandfather. Hearing everyone’s goodbye’s and listening to the pastor read her final words to my father and his siblings was an unbelievably powerful moment.

To me, that song is about finding home in something intangible, so it’s with you no matter the place or circumstance. Whether or not you can always access the feeling in the moment, it can and will return.

Is there a certain song on the album that you are most excited to share with the world?

I think Stones is my favourite right now, but they’re all like my babies, so it tends to change depending on my mood.

Stones was sparked by a comment made by an acquaintance. She accused me of being emotionally detached from the songs I was singing, and just generally cynical. At first, that made me very angry. For someone that barely knows me to say such biting things. It also bothered me that I wasn’t allowed to just sing a song for the sake of singing a song, not putting on a performance, in the safety of a friend’s house. After some quiet reflection, guitar in hand, I had a song (now one of my favourites on the record) that explained to me and everyone else that I (or anyone) shouldn’t have to be an open book for everyone all of the time, that I lose my faith and find my way back constantly, just like every other human being on this earth, for no other reason than the fact that life is tough sometimes, and that this is okay.

You are also about to embark on tour through the month of October, is there a stop on tour that you are most looking forward to?

I’m excited about all of it! At the moment, I’m especially looking forward to Toronto and Montreal. I love the cities, and I have lots of friends out there that I don’t get to see very often.

What can someone who has yet to see you live expect from your show?

The beauty of being a solo artist, is that it can and does differ depending on the setting and resources. The Western Canadian dates, for example are full-band, and the Ontario/Quebec shows will be a duo set-up (my lead guitar player and I) with a few potential guest singers/players.

The more stripped-down sets leave a lot more opportunity to create intimate moments with the audience from the stage. We can sort-of chat and get to know each other in between songs. That’s really cool and very entertaining.

The full-band shows are more about creating moments within the songs, and maintaining dynamic range within the set, as they typically fill out louder venues, so there’s less (although not entirely non-existent) opportunity to connect one-on-one with audience members. Full band shows are fun because we get to, as they say, “Rock Out,” a little.

Any idea when fans on the East Coast can expect some tour dates?

I’d like to be out there in the spring of 2016, and am looking into collaborations at the moment. Winter in Canada makes touring November-February a bit of a challenge.

Canadian Beats is all about Canadian music, so who are you current favourite Canadian bands/ artists?

What was the first song you ever performed live in front of a crowd?

It was probably “Twinkle Twinkle Little Star” in a piano recital when I was 5 or 6 years old.

My first song with my guitar in front of a crowd was Jewel’s “Hands” at a voice recital. I had only been playing for two weeks, and was absolutely terrified.

The last concert I attended as a fan was Stars and Hey Rosetta! It was beautiful and had some truly breathtaking moments.

Actually… it was David Newberry. Does it count as, “as a fan”, if you know them personally? I’m a fan of his music, as well as his person.

What is your favourite Autumn activity?

I bought a wicker love seat for my back porch this summer. I have a feeling my favourite Autumn activity this year is going to be to drink baileys & coffee, wrapped in a blanket, guitar in hand, on that piece of furniture. That, and playing cards against humanity over seasonal pints with friends!

When someone hands me a guitar, I inevitably end up playing a Sarah Harmer song (Came on Lion, Uniform Grey, Oleander), or a Fleetwood Mac song (Rhiannon, Dreams, Landslide). They were key influences in my writing style as a fledgling songwriter.

THANK YOU! I can’t tell you how lucky I feel to have any of those at all, so if you consider yourself one, I owe you big time. xoxoxoxoxoxo <3