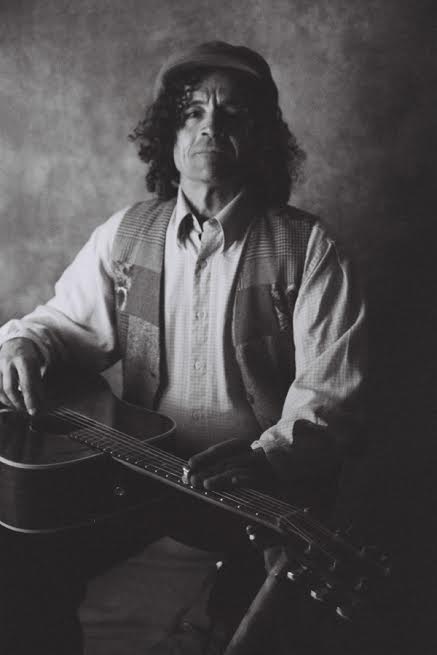 Hailing from Calgary, Alberta, Alex Boisselle takes in aspects from many genres including roots, blues, folk, Cajun, and North Americana to create his sound. With a whopping 20 years’ worth of live performances behind him, he did not let a near career ending injury foil his love for music and continued on to play a lap slide guitar and harmonica. His last album, ‘Ashbury Train’ (2010) is still making sales and being played on several radio stations nationwide. Since the release he has played more than 200 shows and is gearing up for an even better 2016. We had a chance to ask Alex a few questions through this email interview so you can learn more about him, his album, and his upcoming plans.

Your last album ‘Ashbury Train’ was released in 2010, do you have any plans on releasing new music in the near future?

Yes, I was actually planning on a very personal recording called “Little Gems”, a stripped down affair, two instruments per track and vocals. I was planning for a different background vocalist for each number as well [women].

If someone hadn’t listened to your music before what song would you suggest they listen to first?

The piece “ODE TO TERRAPIN STATION” represents my vision, experience and philosophy completely.

You’ve been in the music industry for quite some time, what are some of the biggest changes that you’ve seen?

Electronic music for sure, it’s fascinating. It can be organic, sensual,  transic and due to the nature of the sound production live, a physically healing experience.

Do you have any advice for bands/artists that want the kind of longevity you’ve had in the music business?

All i can say is I’ve tried to see it all as a beautiful  journey, i don’t harbour a grand ambition, my focus is writing and performing good work in the best venues I can get into. I want respect for what I do, first and foremost.

Ii rarely plan either, I just follow my intuition.

Every year I venture out  with a group , or an idea,  or even a sound and follow it wherever it leads me.  Some advice I would give though is to fight fiercely for total freedom in your art. You must be allowed to try things, to fail. Only then will you find the magic. Another thing I would mention, always keep evolving, growing, changing for yourself, as well as your audience.  You have to be turned on in order to turn an audience on.

If you had the chance to play at any music venue in the world, where would it be and why?

I think Carnegie Hall would be my choice, great acts have played there, many of my favourites. A world class venue with a world class reputation.

Where do you think you would be if you weren’t playing music?

I don’t know exactly where I’d be but I have a long list of things that I would have done had rehearsal and writing time not taken so much of my life, but as they say… it’s too late now.

If you had to listen to one album for the rest of your life, what would it be?

There are too many to pick just one.  I love every thing from rock bands, to folk, to reggae, to  blues,to  cajun, to celtic, to world,  to african music. I’ve played nearly every style.  If the sound moves me, it moves me is all i can say.

I’d recommend all my singer/songwriter friends. The Alberta scene is really good and getting better.

Who would be on your dream tour?

I would have liked to tour  with Bob Marley, Springsteen or The Stones. Each one in their early days. AC/DC also…. and The Clash.

Next year will be my 25th year of kickin’ ass on this scene. I’m still growing,  lookin’ great, and  have the best hair of anyone. I’m expanding my sound for 2016 and writing some of the best pieces I’ve ever written. I’ve tried and succeeded, I think, in keeping an element of cool in what I do,  and that my friends is what it takes to stay relevant.  Peace and love,  from a grateful  hippie folk/blues/cajun/roots rocker.