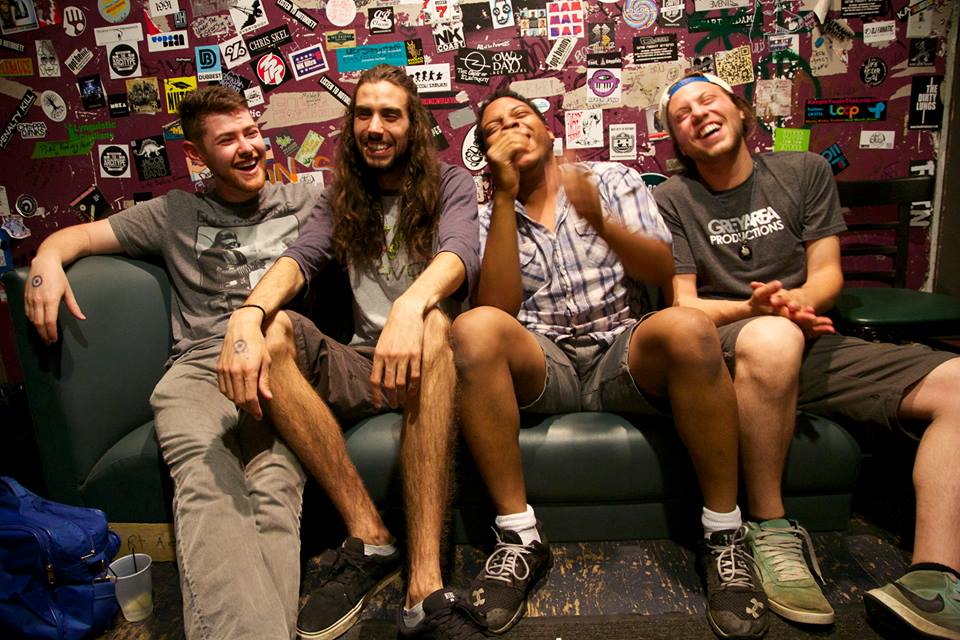 The Toronto based progressive funk/soul group, After Funk, is currently on tour to promote the release of their sophomore album, Til the Sun Comes Up , in October 2015. Their unique and contemporary styling have garnered them respect on the Canadian music scene. After Funk consists of Yanick Allwood (keyboards & vocals), Jaime Rosenberg (drums), Justin Bontje (bass) and Phil Tessis (guitar). They have already had the opportunity to share the stage with such acts as Lettuce, Snarky Puppy and Walk Off the Earth. I had the chance to catch up with After Funk to ask them a few questions, including a few about their upcoming album.

Yanick does the bulk of the writing although Phil contributes some songs as well. Typically, an idea will be brought to the band, some are more complete than others, and we will jam them out to see where they should go.

Has it changed during the creation of your sophomore album compared to when you created your first album?

The process was more or less the same, but more songs were collaborative and figured out as a band.

What artists do you draw inspiration from when creating your music?

We draw inspiration from so many different places when creating the music which definitely contributes to the uniqueness of the sound. More obvious influences would include acts like Lettuce, D’Angelo, Snarky Puppy, Stevie Wonder and James Brown but even composers like Tchaikovsky have played a part, especially in composition.

You are participating in a crowd funding campaign. Tell Canadian Beats fans a little bit about this and how they can help to support you.

We are trying to raise some money to help us with some of the costs associated with our new album. Although we were able to pay for the recording time and studio musicians, we still need to cover the cost of manufacturing CDs and ideally vinyl, mixing, mastering, artwork, PR and promo surrounding the album and tour and more. We are offering a variety of incentives through Indiegogo. You can preorder the new album and there are a bunch of merch packages. We are also offering a private show, cover of your choice or you could even get your name in the liner notes or be credited as the executive producer,
More info here: https://www.indiegogo.com/projects/newafterfunkalbumtilthesuncomesup/x/12047273

Do you have any plans to release any videos with your upcoming album, Til the Sun Comes Up?

Yes! We actually just released the video for “Elephant Walk” last week. The video was tons of fun to shoot and we are all really excited about it! The basic premise is bigger guy meets a girl at a pool party and then throws a lavish dinner party to impress her using his dance, the Elephant Walk. We have one more already filmed and are planning to release it very soon and have plans to shoot at least one or two more.
Check it out here: https://www.youtube.com/watch?v=cI5fdaz4jZM

What are your plans after the release of your upcoming album?

We want to really push the album and get it out there so we will be pretty busy on the road touring in support of it until around Christmas time. We will be all over the East Coast of both Canada and the US and in the Midwestern United States. There are too many to go into full detail about but the shows I am most excited about on this tour are the CD release parties, NY Harvest Fest and Halloween at Java Barn at SLU in Canton, NY. We are also going to be in the Maritimes for a little bit in November, which is quickly becoming one of our favourite places to play. Full tour details are available on our website also. We also have plans to hit the studio pretty soon to start working on another release (October 15 th to be exact). This is a 5 piece suite that we have kind of been keeping on the back burner for a couple years but we feel now is a great time to record it. More details on that will be out after the release of Til The Sun Comes Up.

We try and check out music as much as possible. I saw a great local funk band called LMT Connection last week on Wednesday.

With Thanksgiving around the corner, I’m curious what is your favourite type of pie?

Your thoughts on pumpkin spice? Is it worth the hype?

It is definitely worth the hype. Our bass player is a master brewer and plans to brew a pumpkin beer this season with a pumpkin from a local farm (Dyments) in Dundas, ON.

Enjoy this music that we have created through our last year’s experience touring across Canada and the US. We have acquired countless interactions with many different types of people in many different places, trying to unwind what it is that makes each place feel the way that it does. At least we have an idea of people from those places that enjoy good lively funk. We feel a connection to all of the places and people we have met along the way and this album is a way to throw that love back to you, the fans. We appreciate you taking the time to listen and support us because it is truly our passion. To spread dat FONK!

In twenty words or less, describe After Funk.

Putting the fun in funk.