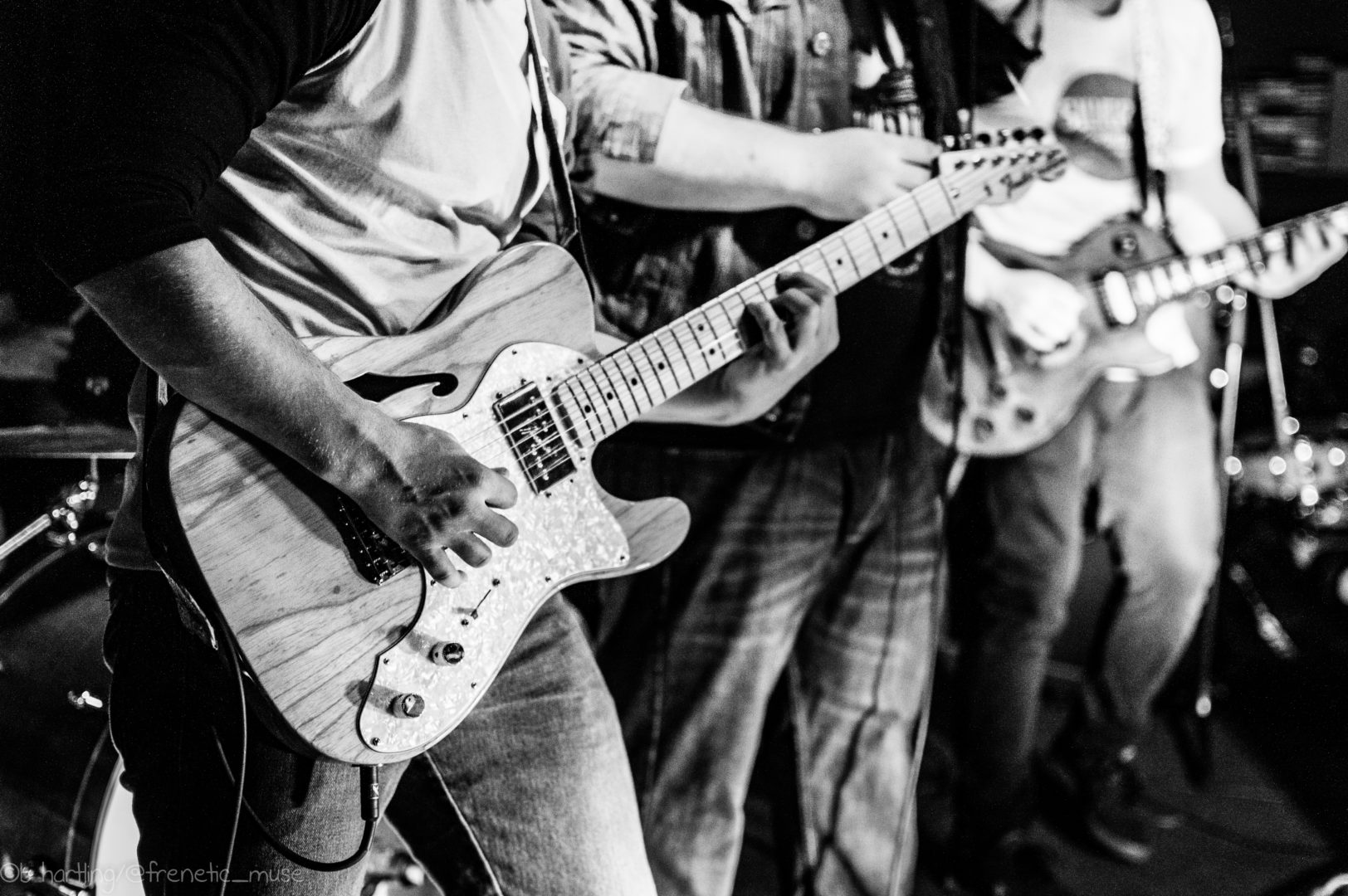 Monday nights in the Hub City can be a challenge to draw a crowd, even on one of the last beautiful evenings the autumn is likely to offer. So was the case September 28th when Moncton’s Plan b Bar & Lounge played host to St. John’s natives Waterfront Fire along with their friend and special guest Jeff Cook. Even for many more seasoned acts this can be a daunting task; however; despite being out on their first tour, this bunch of well humoured Newfoundlanders took the opportunity to create exactly the sort of evening the venue’s cozy atmosphere lends itself to. An intimate and interactive event featuring stellar music complimented by plenty of friendly banter with those gathered to listen to one of the best emerging rock bands the Maritimes has to offer.

Walking into a show with fresh ears always allows one to approach it without bias or a sense of obligation to an artist, yet any semblance of that began to waiver within the first few songs of Jeff Cook’s set. By the time he got to his track Bronty and started belting out “Well there’s an elephant in the room and I don’t have my gun” any sense of objectivity was completely lost. Cook’s intelligent lyrics combined with his powerful, distinctive vocals and solid guitar playing made me an instant fan. 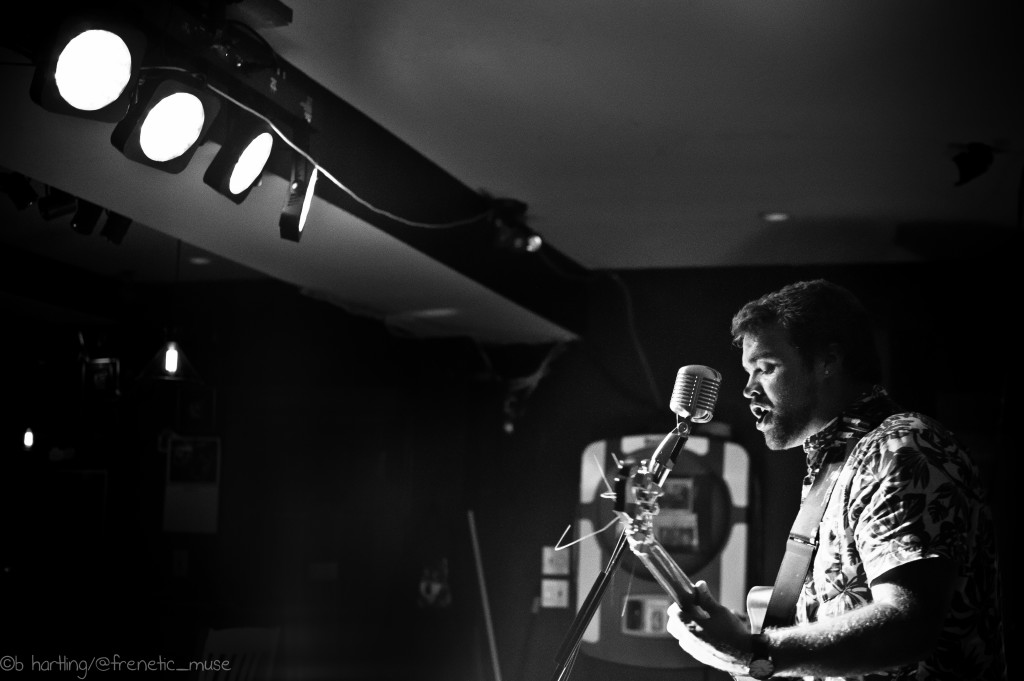 Just as impressive is his programming and use of pedals, first becoming apparent a few songs into his performance when he began playing Gamma Rays. A song he says is “A re-exploring of that weird side”,  which left a few eyebrows raised in mild confusion as eyes looked upon a single man while ears heard what seemed like a full band. By the end of his seven song set, interspersed with plenty of charm and self-deprecating humour as he switched between guitars, the auditory dissonance had long since shifted to awe and appreciation of a solid performance by a unique and talented performer. 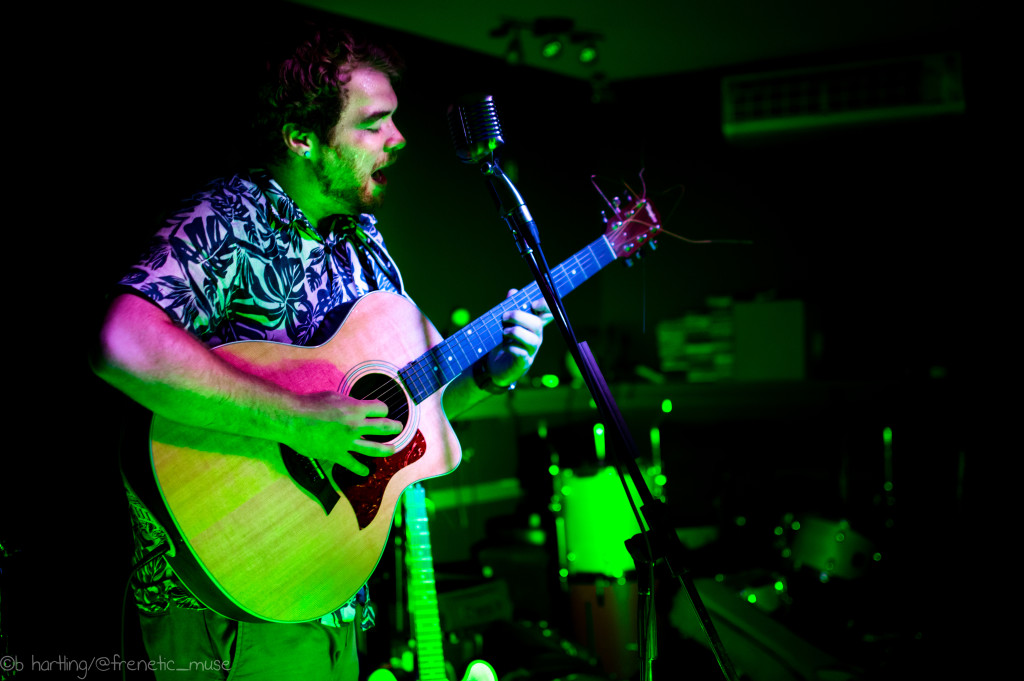 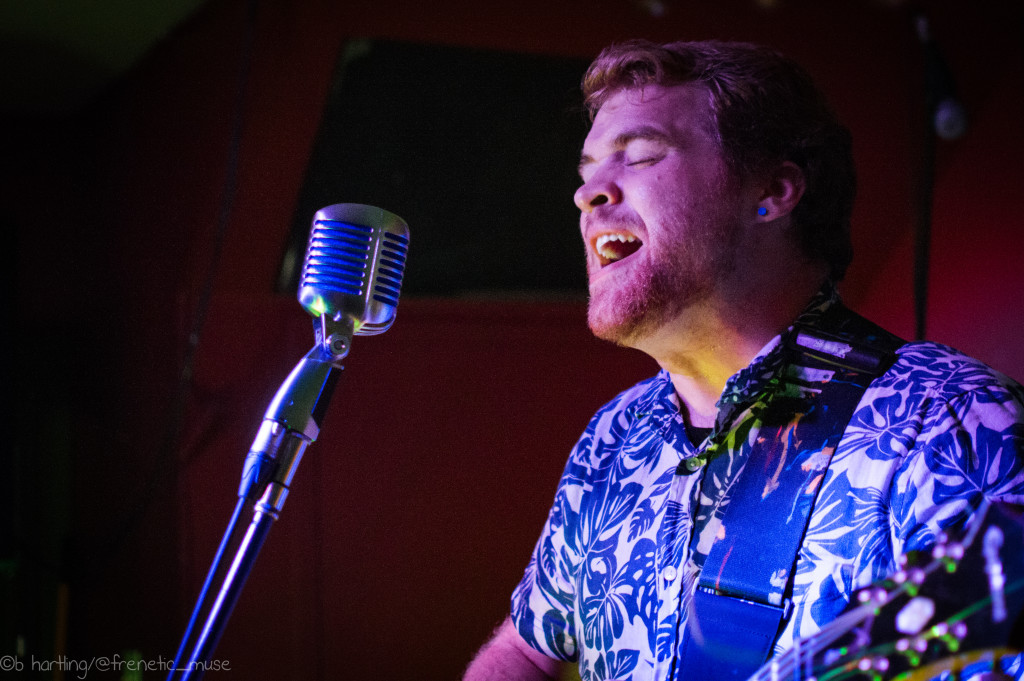 Having arrived early I was able to spend a few minutes chatting with the guys from Waterfront Fire who quickly won me over with their warmth and affability, wasting no time ensuring I would be incapable of being impartial in my review. Their friendly joking with me as they set up their gear, was just a prelude to the exchanges with those in attendance during their set, and the brief introduction I got to their work during sound check left me eager and hopeful for what was to come.

The anticipation was not to go unfulfilled when, after a short intermission the boys made the way on stage to start their set. Anyone familiar with the music scene of the Maritimes knows that there is a distinctive East Coast sound where our rock music is concerned and Waterfront Fire has managed to go beyond just perfecting it to build it into something all their own. 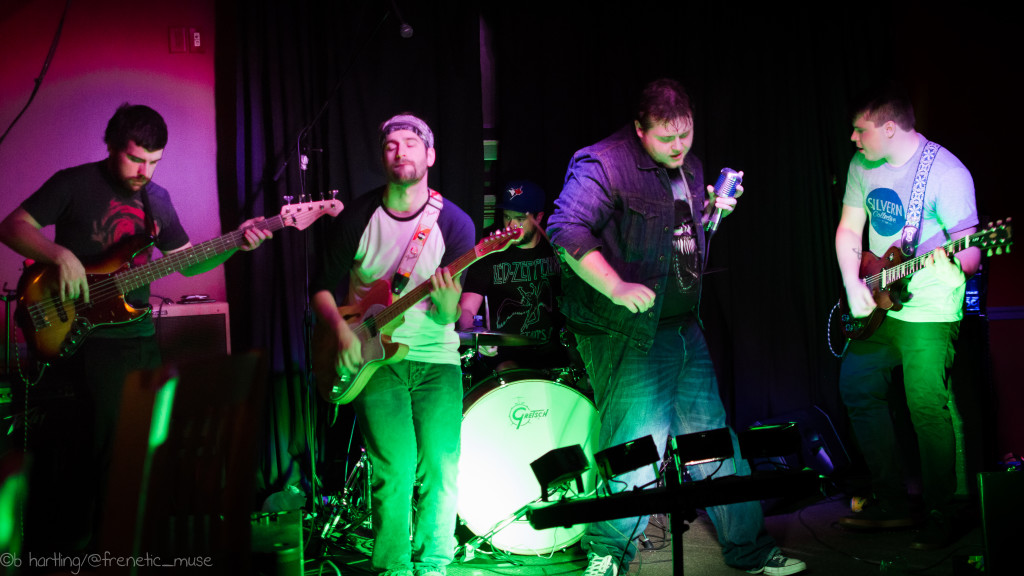 Admittedly and unapologetically, I listen to music for the vocals. It is the lyrics which draw me in and it takes a strong, unique voice to hold my attention. Even the best song can be ruined for me by a voice that, though pitch perfect, sound just like everyone else, something vocalist Jordan Coaker can never be accused of. As his gorgeous tenor filled the venue there was no mistaking him for anyone else; whether performing an original track like Last Moonlight or completely owning a cover of Wintersleep’s Astronaut. 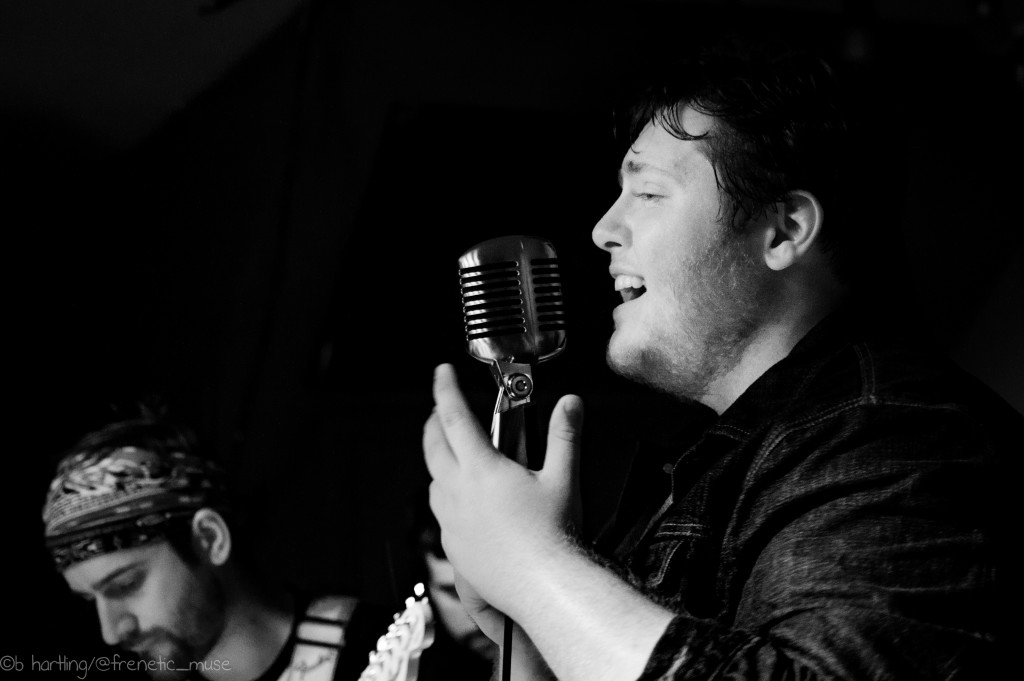 Just as solid as Coacker’s vox were the efforts put in by Cody O’Quinn and Ryan Tobin, the bands rhythm section, on bass and drums respectively along with Andrew Boyd and Ben Thistle on guitar. A live performance is always a test of a bands real chops and the performance this quintet pulled off in no way hinted at the fact that the current iteration of the lineup has only been together for three months. The band best set the motto of the night when encouraging the audience to sing along with a track from their recently release full length album… Just Breath It In. Something a few needed reminding of as several noticeably held their breath, including myself throughout the set. 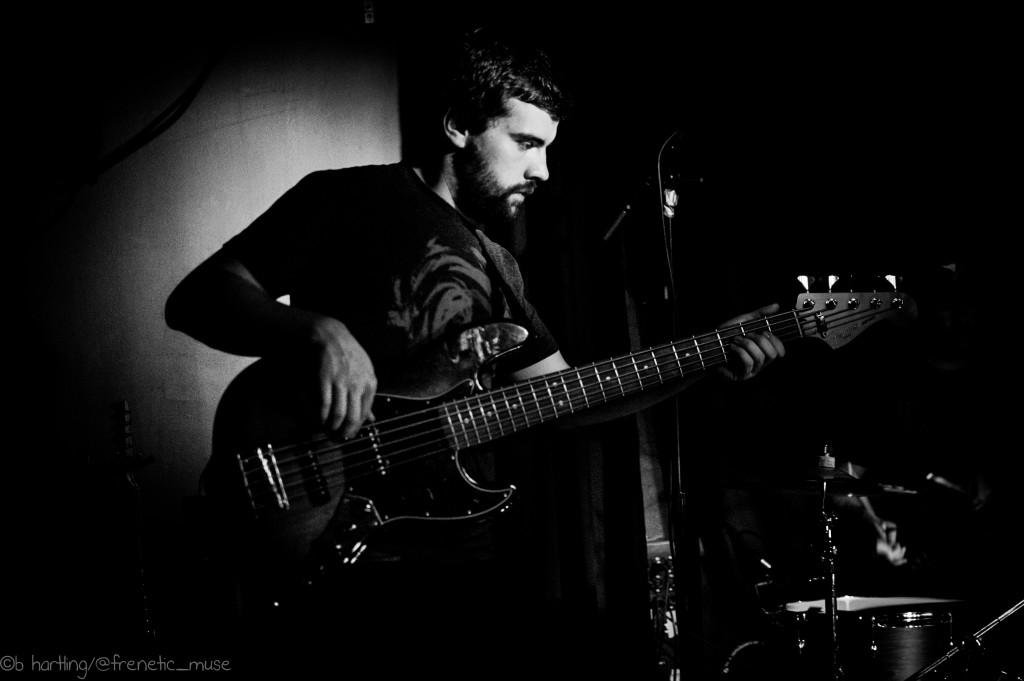 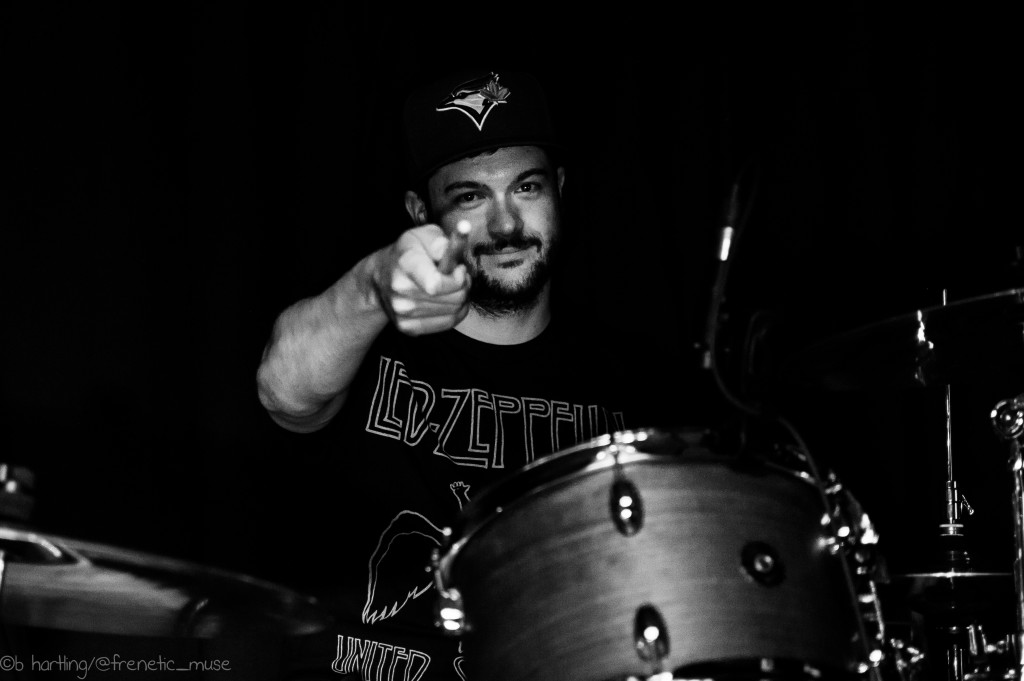 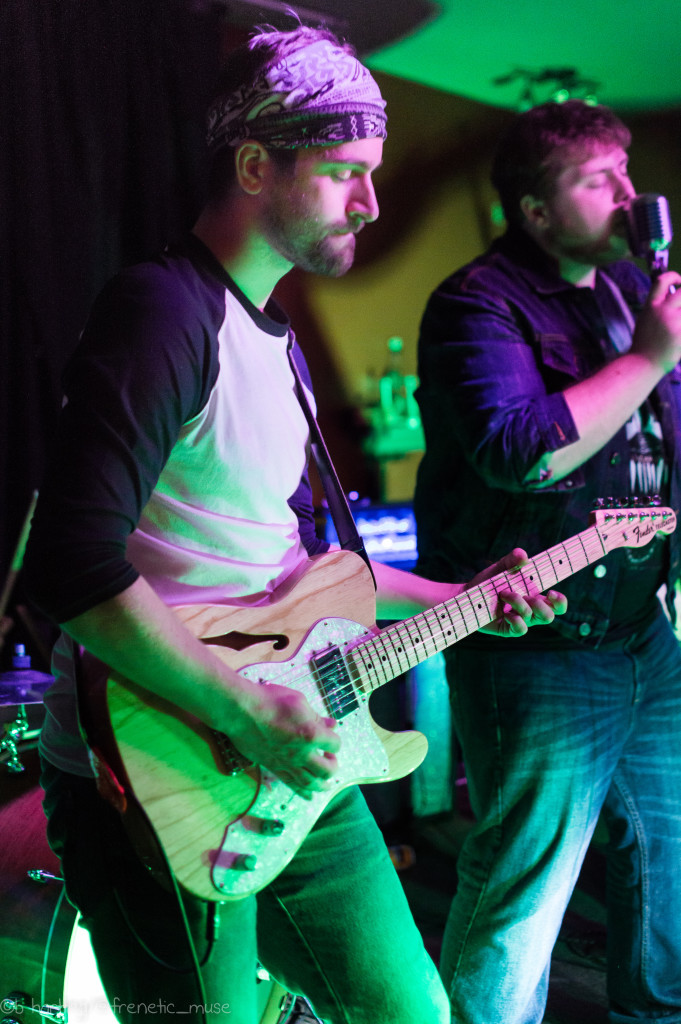 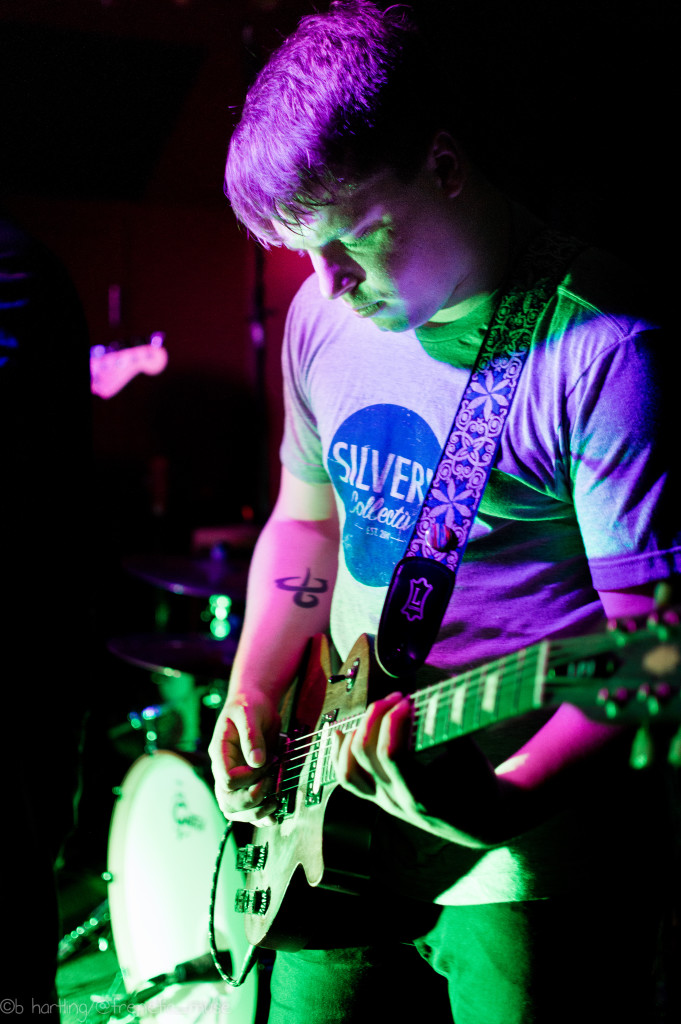 Having spent a lifetime actively searching out new music there have been but a very few to whom I have had an unforgettable introduction but seeing Waterfront Fire having never heard them prior to the show definitely makes the top 10. If this is the kind of performance they offer their first time out on tour then they are in for huge things as the get more seasoned. Definitely not a show to miss if you have the opportunity. 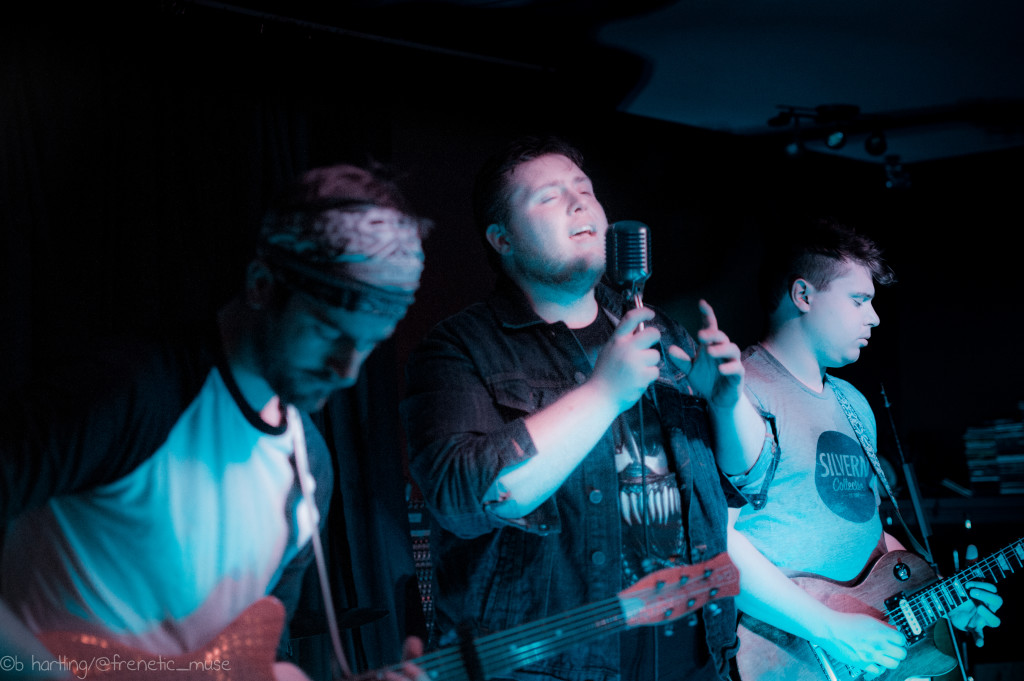 Want to see more photos from this show? Check out our Facebook page!