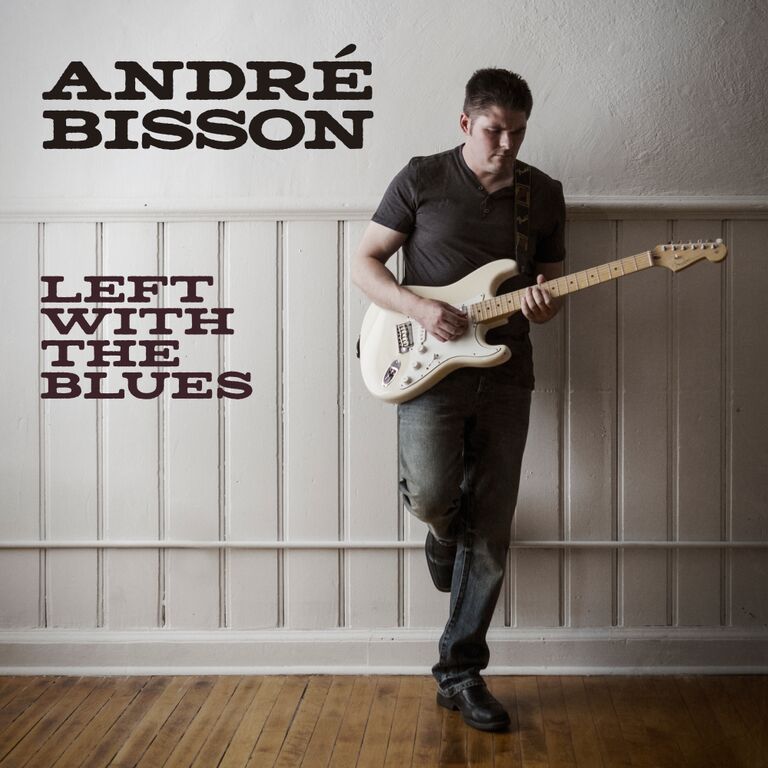 Hamilton, ON based Blues artist, André Bisson has released his sixth album, “Left with the Blues” on September 4, 2015. The album is packed full of ten tremendous rhythm & blues style songs. As soon as the album began to play, I was pleasantly surprised with the title track, and it doesn’t stop there.

“Borrowed Time” and “Daybreak” quickly became two of my favourites on the album, with their gritty, upbeat sound that had me intrigued immediately.  That being said, “Play Me A Fool” caught my attention also, a slower blues infused track that convinced me that André knows exactly what he’s doing in this style of music.

The album closes with “Brand New Day”, which is a fun song with great beats, and is a blast to sing along with from start to finish. I can’t see how anyone wouldn’t enjoy this track, and it’s the perfect way to close the album with a bang, just as it started.