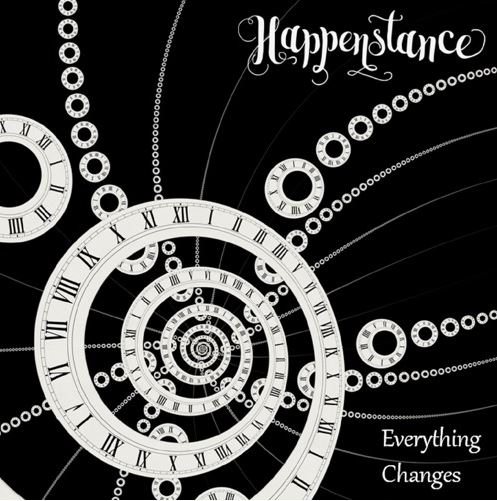 Quebec based folk/rock band, Happenstance is made up of Tamara Clark (Vocals), Brian Gallagher (Guitar/Bass/ Keys/ Vocals) and Nick Thompson (Drums/ Vocals). The band has released their third studio album, “Everything Changes” on September 19, 2015. The album was recorded live off the floor at their home, which makes it unique and very impressive.

The album features ten full length songs, which merge pop, folk and rock to create an impressive sound that is quite addictive. I enjoyed the first two songs, but the one that stuck with me is the third track, a soulful sounding track called, “I’ll See Your Face” about a man who loses the love of his life, the lyrics are touching and quickly brought chills over me.

As the album plays on, I found I enjoyed each song thoroughly.  Although, the final song entitled “Younger Days” was the other song that really stuck with me. It has a high energy beat, that will have your feet tapping immediately and if you’re like me, you’ll be singing along.