By Jordyn Armstrong on October 3, 2015@jordynhannah95 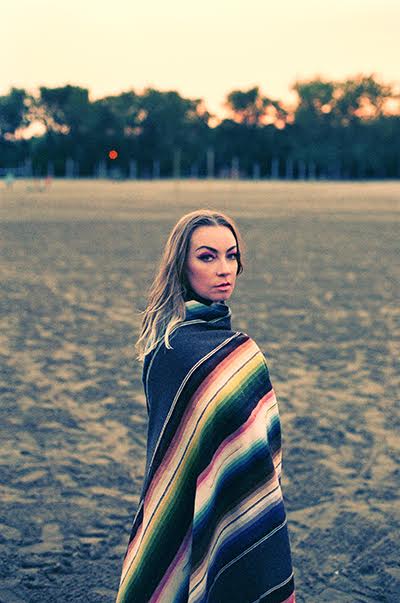 Julie Kendall is a singer-songwriter from Toronto, who also calls herself 1977. Her music is a psychedelic-surf-soul mix, which got her a nomination for a Juno. On October 9th, she will be releasing her third album called Twister. To learn more about 1977, check out this interview!

First off, why did you decide to call yourself 1977?

My favourite Beach Boys album, Love You, was released in 1977.  If not for that record I wouldn’t have started to write songs.  I liked that it makes people think about “punk” music when they see the name and the tension it causes when they realize that I don’t make “punk” music. So many albums that came out that year are overlooked because they aren’t “punk”. I represent all the other music that was made that year.

Do you do all the music yourself when recording?

I’ll play as many instruments that I can.  I’m self-taught so I don’t play things traditionally.   This has made it hard for others to understand what I’m looking for when playing and recording but once we figure out a way to speak the same language it all comes together.  On Twister, I play piano, keyboards, bass, guitar and some percussion on different songs throughout the record.

When did you decide that making music is what you wanted to do?

About ten years ago, I was messing about on the keyboard, having just learned a few chords, and was playing along to Beach Boys song that I had just taught myself and realized that when the song was finished I was still playing but it wasn’t the Beach Boys; it was a song I was making up. I was buzzing. I went upstairs to the bathroom, washed my face, and the rest of the song came to me.  As I looked into the mirror at this person I hadn’t met before, I realized that was it; making music was all I wanted to do. The song I had written was “Daylight Comes”, the first track on my debut album Nineteen Seventy-Seven, which ended up getting a Juno nod.

Can you describe the sound of your music for those who may not have heard you yet?

A lot of people bring up Best Coast, which ok, fine, I can sort of see, but I was around first just for the record.  I listen to a lot of Beatles, Beach Boys, Byrds, and Motown so definitely a 60s vibe can be heard.  Elliott Smith is my musical hero.  I like how he took his 60s influences and brought them into his world.  I try to do that too.

What was the inspiration for Twister?

There wasn’t actually.  Two friends of mine, Alphonse Lanza and David Rita-Procter, wanted to start working together to produce and they asked if I had any songs ready to record so they could work out a sound they were going for.  We’d finish one song and they’d ask if I had anymore.  I’m always writing songs so I’d show them another and this continued right up until the studio had to close down because it was being moved to London, England.  If anything that was the inspiration. I had been pretty down about not releasing my second record, Seaforth, so this was an awakening for me.  We’d drink wine, stay up all night, work on a song and emerge from the studio with the sunrise.  It was just what I needed.

Can you give us a hint of what it will be like? How does it differ compared to your previous albums?

This is the first time I’ve worked with producers.  I had to listen to their ideas and trust them.  They know me pretty well and know the music I love.  Alphonse Lanza is probably best known as Alixander III, half of the dance duo Azari & III, but I know him better as a My Bloody Valentine fanatic.  We share a British heritage so we connect on that level and he made sure to bring that sound to this record so its much more Britpop than my other work.

How did you feel when you were told about your Juno nomination? What was it for?

My debut record Nineteen Seventy-Seven was nominated for Adult Alternative Album of the Year. Past winners include Neil Young and Sarah Harmer (artists I’m in complete awe of) so I was in total and utter shock.  I vomited before the nomination press conference because I couldn’t figure out why they had invited me to attend.

Which Canadian artist would you say influences you the most?

Do you have any plans to tour in the future?

At the moment, no.  I used to be pretty confident on stage but I’ve been dealing with stage fright since getting some attention, so I’ve been taken it slow with small shows around town here in Toronto to ease my way back in.

I’m hoping the vinyl version will be manufactured soon so I can make a big deal out of that.  A couple videos will be released for Twister so who knows maybe I’ll be brave enough to come out of hiding and play outside Ontario.

As a Canadian Beats tradition, we like to ask the bands and artists some fun questions, so here we go!

What is something the fans may not know about you?

Do you have any guilty pleasures when it comes to music?

I don’t feel guilty about it but it may surprise some that I am a huge fan of 90’s techno.

What advice would you give to someone trying to break out in the music scene?