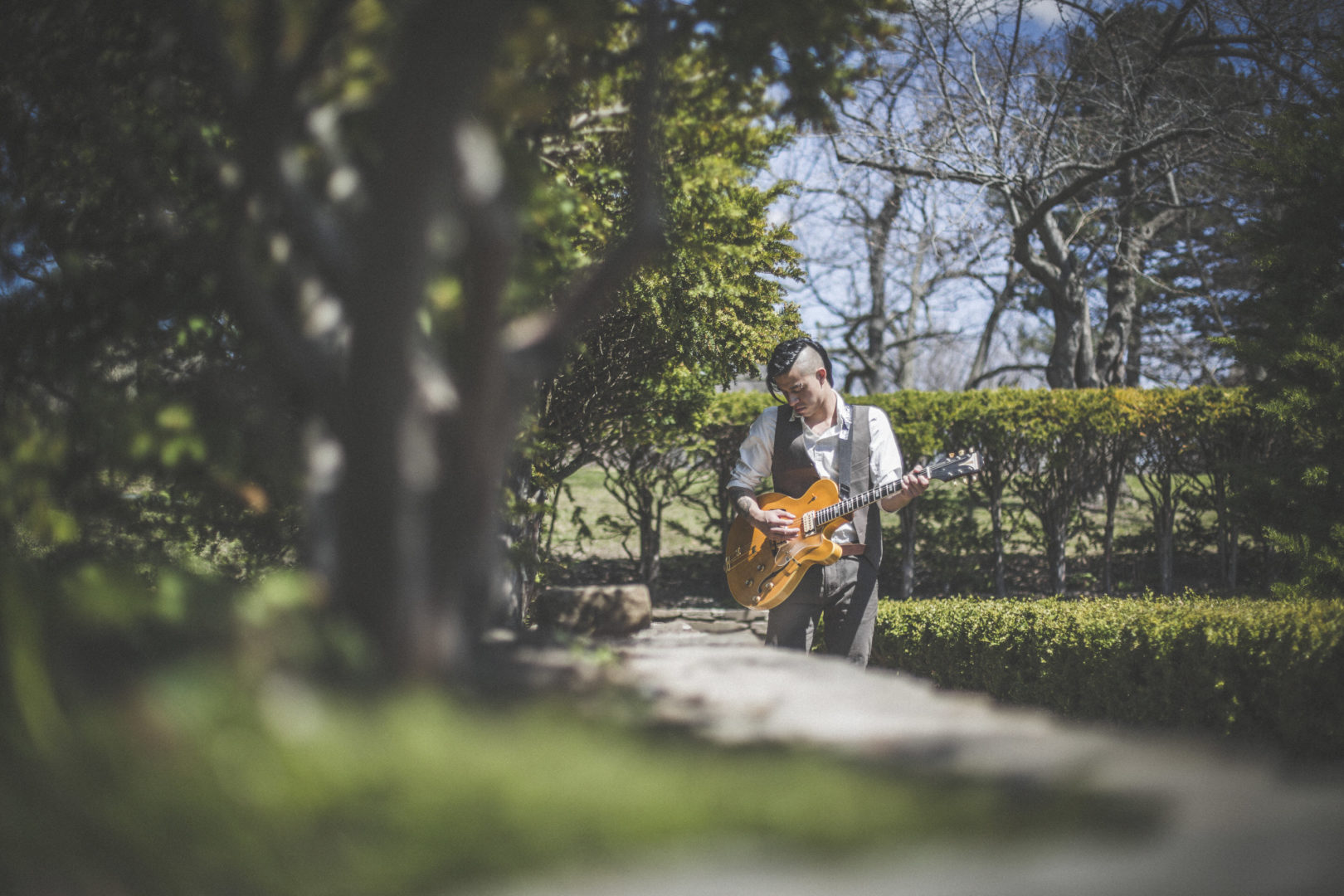 Alfred Chow, otherwise known as Tennyson King, released his self-titled four track EP on September 18th. We had a chance to ask the Mississauga artist a few questions about the EP, how he got into music and what’s coming up next for him in this interview. Be sure to follow him on social media and check out our review of the EP HERE!

You recently released your EP. What has the fan reaction been like so far? Was it what you expected?

The fan reaction has been amazing and very welcoming for my new artistic endeavour.  Lots of positive comments on all the songs and the overall sound of the album.  So far, the reaction has been better than what I expected and has been very encouraging for me to continue making music.

Can you tell us a bit more about the inspirations and influences behind the songs on the EP?

The album is sonically influenced by artists such as Tim Buckley, Bon Iver, M. Ward, and the idea of creating beautiful instrumental chaos mixed with lyrics and melodies that tell a story.  Inspirations come from my personal experiences and journey’s growing up, both the positive and the negatives.  Personal issues that I haven’t really addressed and these songs acted as a form of therapy and healing for me so it was the greatest feeling to write these songs.  The EP is at its core an expression of self and my way of coming to age and understanding life as I can so far today.

Do you have a favourite song off of the EP?

It’s hard to pick a favourite, especially cause I play the songs all the time, but I really like how On The Line & Barry’s Bay turned out on the album.

You toured quite a few Ontario cities this past July. What was your favourite song to play live?

One of my favourite cities in the July tour was Wawa, Ontario. It has the beautiful scenery of Lake Superior and amazing people to play music to.  An honourable mention goes to Barry’s Bay though, as it’s my childhood summer stomping ground.  Though all of Ontario is truly beautiful.

Do you have plans to go on tour again any time soon?

Yes definitely, I love travelling and touring so plans to tour around Ontario and the rest of Canada are in the works at the moment as well as some international destinations in the future.

Everyone has a great road story. What’s yours?

It was a dark and foggy night, we were on a long haul from Wawa to North Bay.  I had fallen a sleep to the hypnosis of Sigur Ros being played as my keyboard player (Chris Noble) was bravely tackling the wheel for the final stretch to North Bay.  I had awoken to a windshield that was covered in green goo and the accumulation of more as we drove on.  Visibility was tough as the fog was heavy, but every so often we got a glimpse of sight through the lights of our van, and all we could see was what seemed like millions of medium size bugs dead all over the road, flying around and finally splattering all over our windshield.  In all my years of driving in Northern Ontario, I have never seen such bug massacre.  I thought to myself….is the world coming to an end?  No, the answer was Shadflies….the grossest thing ever.  Every June-July, North Bay is invaded by these flying insects that live only for 24 hrs and then die…leaving a grandiose mess and giving me not a great road story but a story none the less.

Music plays such an important part of my life in keeping my mental and emotion health well.  I find that it is a universal language that can be shared all around the world and the impacts it can have can be enormous and can be in a positive manner if directed that way.  I hope to use my music and any of my musical endeavours to connect with people.  I can’t imagine my life without music whether that is as a creator or listener.

What is one thing you hope your fans get out of your music?

I hope listeners will feel a sense of joy and find something in the music that they can relate to or understand within their own lives and experiences.

Do you have any advice for someone trying to get into the music scene?

I think just working hard, staying focused and being true to your artistic creative self goes a long way in the music industry.  Also being a nice person.

Currently I’m looking at some touring opportunities for Tennyson King, as well as recording some demos for the next album, which will be a full-length album.  Also working on some musical collaboration with different artists around Ontario.

Here at Canadian Beats we also like to throw in a few fun questions so your fans can get to know you a bit better:

What three places in the world would you like to tour most?

Have you attended any concerts as a fan recently? If so, who did you go see and how was the show?

Last show I saw was Edward Sharpe and The Magnetic Zeros and they were simply amazing. Such a powerful performance.

Are there any other Canadian bands/artists you would recommend to your fans?

What’s your favourite music to listen to when you just want to chill and relax?

Lately my relaxing music has been Ryan Adams live at Carnegie Hall, Tim Buckley and bunch of String Quartets by Bach.

I hope you enjoy my music and the EP, shoot me a message cause I’d love to hear from you and know how you feel when you hear the tunes. Thanks for reading!