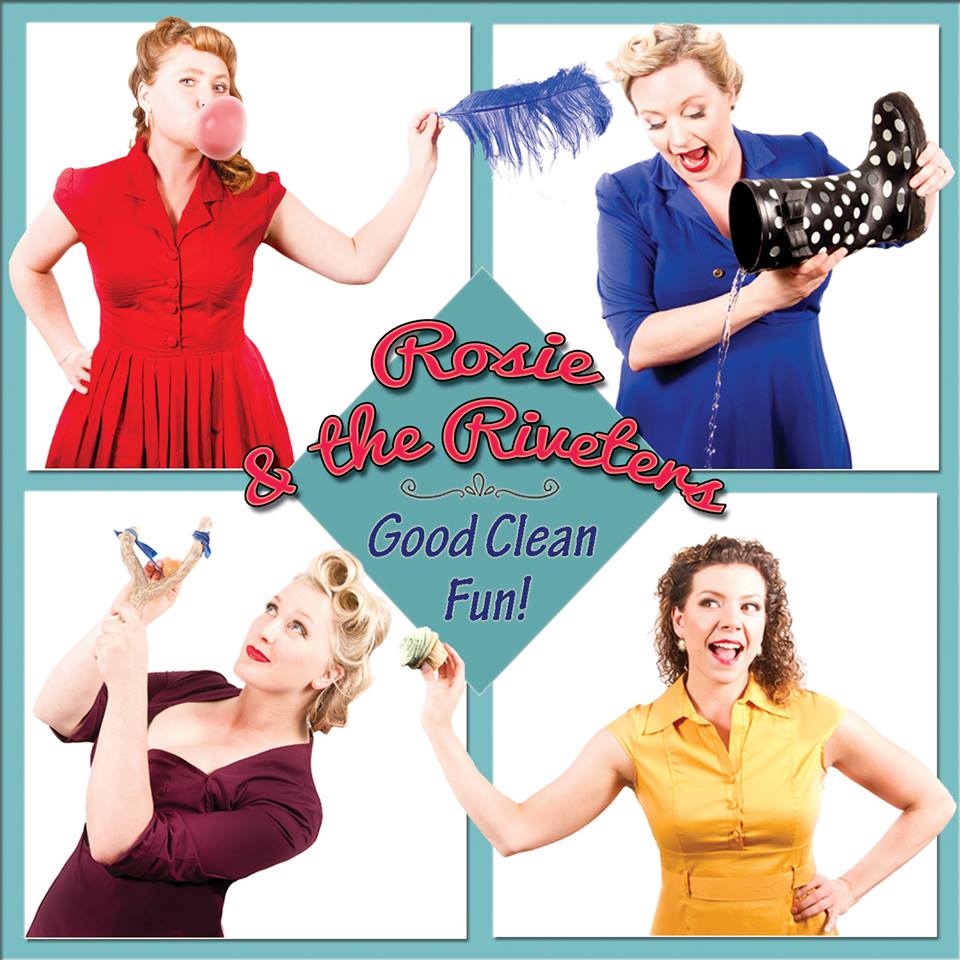 Saskatoon, SK based band, Rosie & The Riveters are a 1940’s inspired folk band made up of Alexis Normand, Melissa Nygren, Farideh Olsen and Allyson Reigh. They are about to release their album, “Good Clean Fun” on October 8, and this is not an album you want to miss out on.

As soon as the first song, “Red Dress” started, I couldn’t stop smiling, they have such a high-energy, charming feel about them, and it doesn’t stop there. Each and every song on the album is like nothing I’ve heard in modern music, which of course piqued my interest and as the album played on, I became more and more into it.

“Honey Bee” is slower than the previous tracks, and shows off the bands talent even more, the harmonies are pure perfection and I couldn’t help sing along to it, as with the rest of the album. When you’re listening to this album, you feel as if you’ve been transported to an earlier time, which shows that they know what they’re doing!