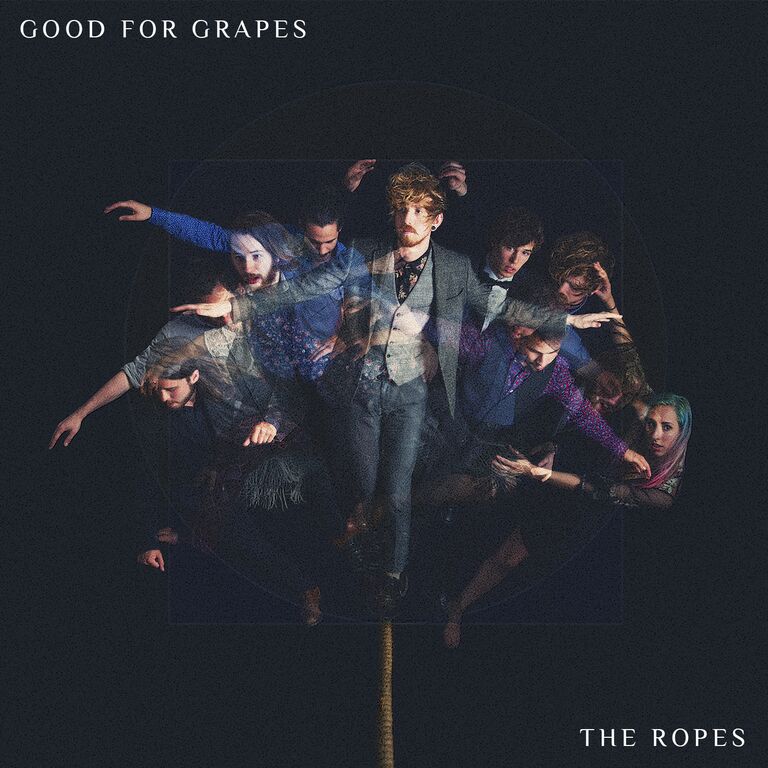 Vancouver based band Good for Grapes are set to release their sophomore album, The Ropes, tomorrow.  From start to finish this album shines.  Powerful lyrics combine with soulful and uplifting music to create track after track of sonic indulgence.  Good for Grapes is no stranger to success.  In November 2014 they were crowned one of Canada’s highest coveted music prizes as the winners of The Peak Performance Project BC.  They bring a commanding presence on stage with their large group consisting of six bandmates.  Members include Daniel McBurnie (Vocals/Guitar), Graham Gomez (Guitar/Vocals), Alexa Unwin (Piano/Vocals), Robert Hardie (Bass/Vocals), Alex Hauka (Cello), and Will Watson (Percussion).

Waiting on a Ghost was the album’s first single, and it’s easy to see why it was chosen as such.  Right from the opening bars of the song, the listener is taken on a musical journey.  The song paints the picture of riding on a train back in the days of the Wild West, complete with guitar plucking and a harmonica that sounds like a train whistle.  The vocals bring the song into perfection and their harmony during the chorus is stunning.

Contrasting the upbeat nature of Waiting on a Ghost is the melodic track, Visions.  Their smooth, enthralling vocals are showcased beautifully while soft guitar and strings envelope the song with masterful grace.

Good for Grapes is about to embark on an extensive Canada tour starting on Oct. 30 in Revelstoke, BC.  They will then travel across Canada, ending up back close to home on Dec. 5 in Kelowna, BC.  Be sure to come out and support this worthy band.  It is promised to be an enchanted evening – one that will leave you wanting to get out of your seat and dance around. (See below for tour poster) 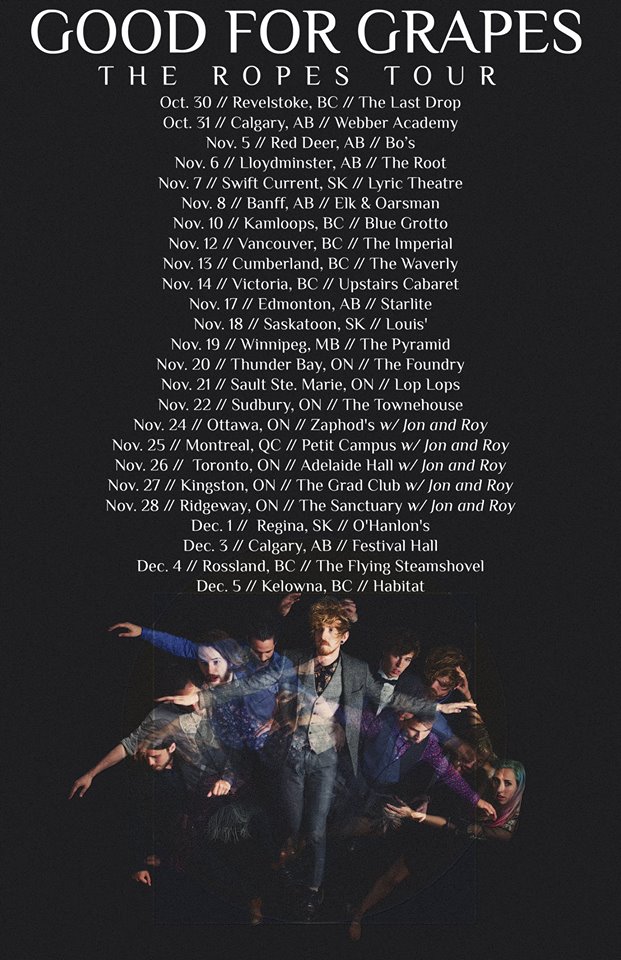