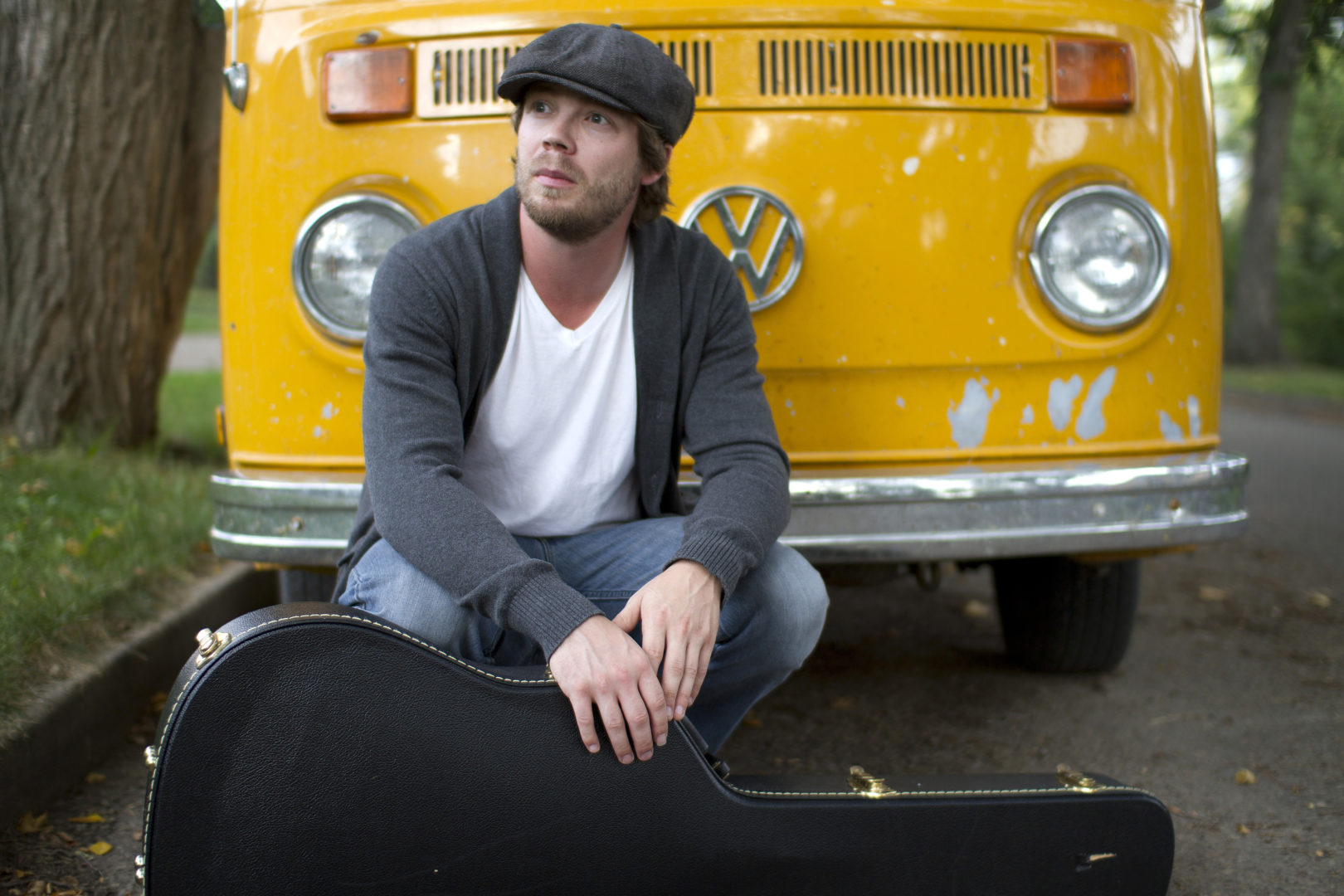 Edmonton, AB based artist, Ken Stead is about to release his new album, “Fear Has No Place Here” tomorrow (October 2, 2015), and embarking on a Western Canadian tour on October 3, if you’re able to make it to any of his upcoming shows, I recommend it! See dates HERE!

When did you know that you wanted to pursue music?

I was moving/driving back from Minnesota with $400 and all my possessions in my car and moving back in with my parents at the tender age of 30 in the middle of January.  Between sleeping on the side of the road and plenty of Tim Hortons double doubles I realized that if I was going to start a career in music there really was no time like the present…seriously no time like the present.

I used to be into rap music, and not the kind that your mom would be proud of.  While living under my parent’s roof, my punishment for something I did was to go to the Edmonton Folk Festival with my Mom and her middle aged friends.  Turned out that I had a great time there and found Eric Bibb, one man and a guitar, entertaining 15,000 people.  It blew my mind!!! And it changed the way I thought about music and how it reaches people in positive ways.  At that same festival, my mom and I also unknowingly received a watermelon full of hidden vodka and ended up dancing on the side of the hill to Wilson Picket.

You have released a few EP’s over the years, and now you are about to release your first full-length, Fear Has No Place Here, what can you tell us about it?

Fear Has No Place Here is my first full length record and I could not be prouder of it.  It’s a collection of songs that both recognize fear and overcome certain fears that have been a part of my life until now.   With lush instrumentation from producer and instrumentalist Winston Hauschild, drums from Flavio Cirillo, and atmospheric pedal steel from Robert Bailey, this record gives you a ton of ear candy.  My hope is that when people listen to this record they discover something about themselves.   This record is told within stories and I want to invite the listener to be a part of it.

Has your sound changed between your first EP to your full length?

I don’t think the sound has changed a huge amount but after letting Winston Hauschild (producer) have a crack at these tunes they have a more refined, lusher, polished sound to them.  It’s like Ken Stead 2.0!

Where do you get your inspiration from when writing?

A typical songwriters answer but my inspiration comes from anything and everything!  Inspiration is like getting called to jury duty.  You never know when it’s going to happen and when it does you have no choice but to go! Unless of course you finagle the system and get out of it, which I try not to do very often.

If you could pick just one song off the new album to recommend to someone who has never heard your music before which song would it be and why?

Oh Carolina-It’s a song that seems to connect with most people.  Aside from pleasing my ears the most, It’s a song about finding your identity in other people and how much that takes its toll on you.  It took me a while to figure this out but better late than never.

You are no stranger to folk festivals. What has been your best festival experience so far?

There are a ton of memorable experiences but the most memorable would definitely be playing at Edmonton Folk Music Festival to 15000 people on a hill!

When can fans expect a tour from you?

I have two tours this fall.  The first one is from Oct. 3-Oct. 18th in mostly BC with singer/songwriter/girlfriend Erin Kay.  The second one is opening for Australian phenom Daniel Champagne from Nov. 17-25 from Winnipeg to the Vancouver.  I’m also in the process of planning a cross Canada tour in May of 2016!

I love too many but if I were to bring it down to three I’d pick Donavon Woods, Danny Michel and Braden Gates.

What is your favourite lyric? (Not one of your own)

Foy Vance: At Least My Heart Was Open

At least my blood still pumping
I know that it wants sometime burning
I have known your love and I have known your hate
I watched devastate to liberate
Read more at: http://www.songlyrics.com/foy-vance/at-least-my-heart-was-open-lyrics/#tK0zAqmyyloWMJ63.99

What’s a day off??!!  I’d probably be with my girlfriend and her daughter.  They’re a ton of fun to be around.

I’d like to say thank you for supporting me this far!  I will be touring a lot more in the next year and can’t wait to see your smiley faces.  YOU are what makes this possible for me.  Keep taking chances on artists you don’t know.