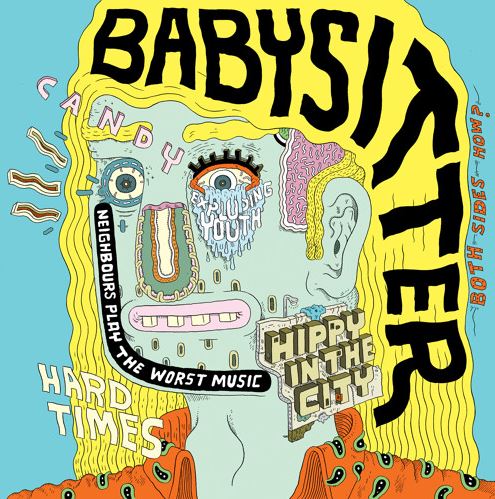 Babysitter is made up of Kristian North, Aden Collinge and Andy  Vanier. The band is based in Montreal, QC and has released a self-titled album on September 16, 2015 through Montreal-based Psychic Handshake.

The album features eleven tracks, which all grunge & punk fans will appreciate. The second track, “Hard Times” has a psychedelic punk vibe that cannot be denied. Whereas, “Hippy in the City” has a mellow feel that will likely send you into a relaxed state of mind.

As the album plays on, you get a variety of strong punk tracks mixed in with that psychedelic things that the trio does so well.