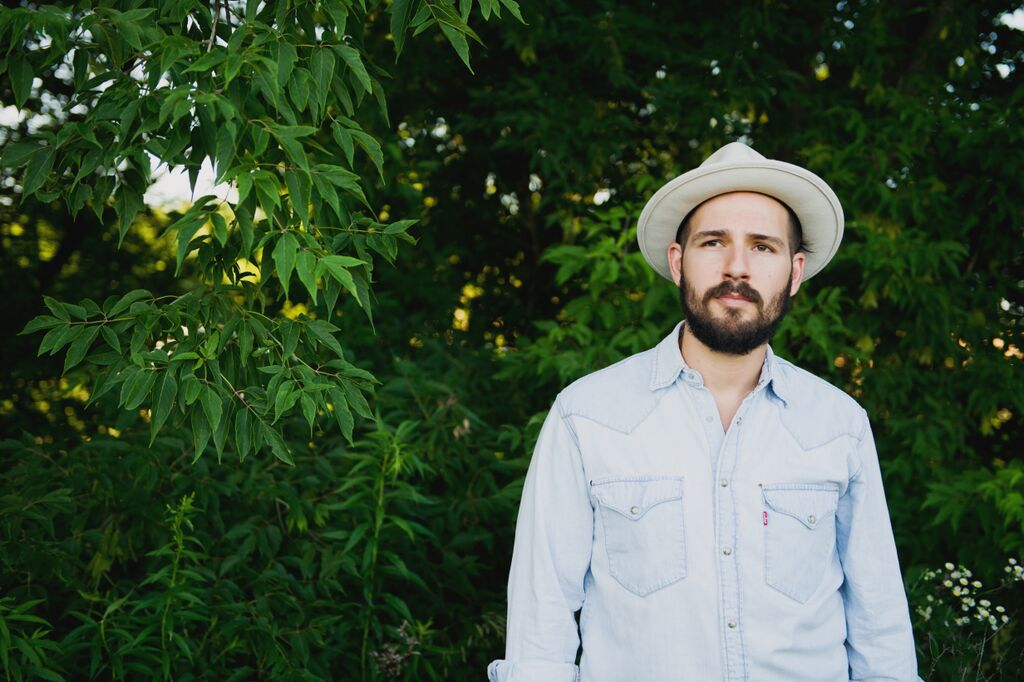 Toronto, ON based folk artist, Ben Kunder is currently on a Western Canadian tour promoting his new album, “Golden”, you can see the tour dates at the bottom of this interview. We had the chance to conduct a follow up interview with Ben about his album, and the tour, so get a cup of coffee, sit back and read what he had to say.

I’ve always known that music would be the driving force in my life and career. I think it was about 5 years ago when I decided to invest all of my time and energy into music though, and really focus on trying to have my music be what will end up feeding me and my family.

I have memories of my Dad’s expansive record collection (now my own). Leafing through as a little boy and trying to choose between Raffi and Neil Young.

Your newest release, “Golden” was released in May, how has the response been?

Really positive so far. I couldn’t be happier really.  The album received, and still is receiving, lots of support from my peers and from other media outlets and reviewers. It’s really helped the momentum for  touring and I have some support to get the album overseas as well in the not so distant future.

Is there a certain song on “Golden” that you would recommend to a new listener?

I guess if you want a feel for the energy of the record, you should listen to the title track ‘Golden’.

You are no stranger to songwriting, where do you tend to pull inspiration from when writing?

You are currently on tour, how would you explain your live show to someone that has yet to see you perform?

Focused storytelling and dynamically well crafted melodies with high energy and a lot of tone!

Is there a certain stop that you’re most excited for?

I think Vancouver was what I was excited for at first. Playing for, my brother, some old friends and new faces in a great venue. It was my first show of the tour after travelling across country and playing on a train, so I was really excited to play.

Up until now, what has the highlight of the tour been?

Playing every day is the highlight. Meeting new people and finding out how they came to hear my music and making new connections.

Plans for an East Coast tour will be in the works, I haven’t been back touring in about a year so it’s about time! Also, getting my music overseas and into the ears of the lovely people of the UK and Ireland, and the album will be coming out on vinyl finally!

You have lived all over Canada, including PEI, BC & Ontario, how were the music scenes different in each area?

Canada loves music first and foremost. On the East Coast, everyone and their dog plays an instrument so there’s a real warmth and welcoming energy there. I love the East Coast. Toronto’s my home and so that’s where my community is. And BC is beautiful and full of a lot of inspiration for music, really relaxed here with some great venues but can be hard to get people out to see new music without being a household name. Canada is amazing, but it’s certainly hard to tour across one of the largest countries in the world. We work hard as musicians that’s for sure!

I have lots of Canadian favourites. You can imagine that I love Neil Young and Joni Mitchell, Ian and Sylvia and people of that generation, but I’ll share more contemporary artists I love. Jim Guthrie, Doug Paisley, Catharine Maclellan, Bahamas, Alvvays, Sean Pinchin, The Constantines, Jenn Grant… just to name a few.

Thank you for the support. I hope to be making music and sharing stories with you for a long time to come. Stay gold.