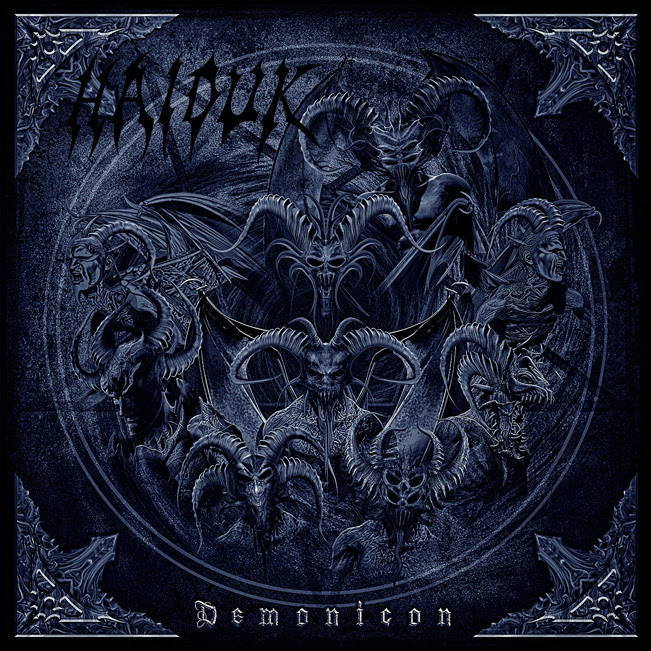 One-man band Haiduk just released a completely insane album called Demonicon and I seriously cannot get over it. This album breaths new life into Alberta’s sometimes subdued metal scene. Demonicon takes listeners down a dizzying, winding path into the realm of volcanic ash know as Octavia. Allegiance is sworn with each new song dedicated to one of the nine demons that darken the cover of the album.

From the very first note it becomes clear that this is evil, brutal and cold. Cardiac arrest inducing blast beats, solid expert riffs and a voice that sounds ever louder like the very trumpets of hell culminate into music that Satan himself would go on a shooting spree to. The album is seriously f**king haunting and if you have ever heard the whispers in the dark or felt the eyes of the forest this album should be in your collection, neigh your loudest speakers.