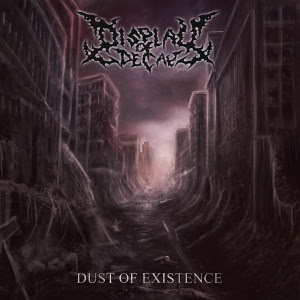 Display Of Decay has released their second full-length effort, Dust Of Existence.  Luckily they have decided to grant us a preview of the monstrosity to come by releasing a track called “Created To Kill” beforehand.

The preview track is an immediate aural assault with a soundscape akin to a double time Cannibal Corpse. Heavy riffs, punchy as possible snare hits and vast demonic vocals lend themselves perfectly to a fast paced, face melting crescendo of infernal noise. After hearing this single, its seemingly safe to assume the rest of the album will be like tossing napalm on an oil fire.