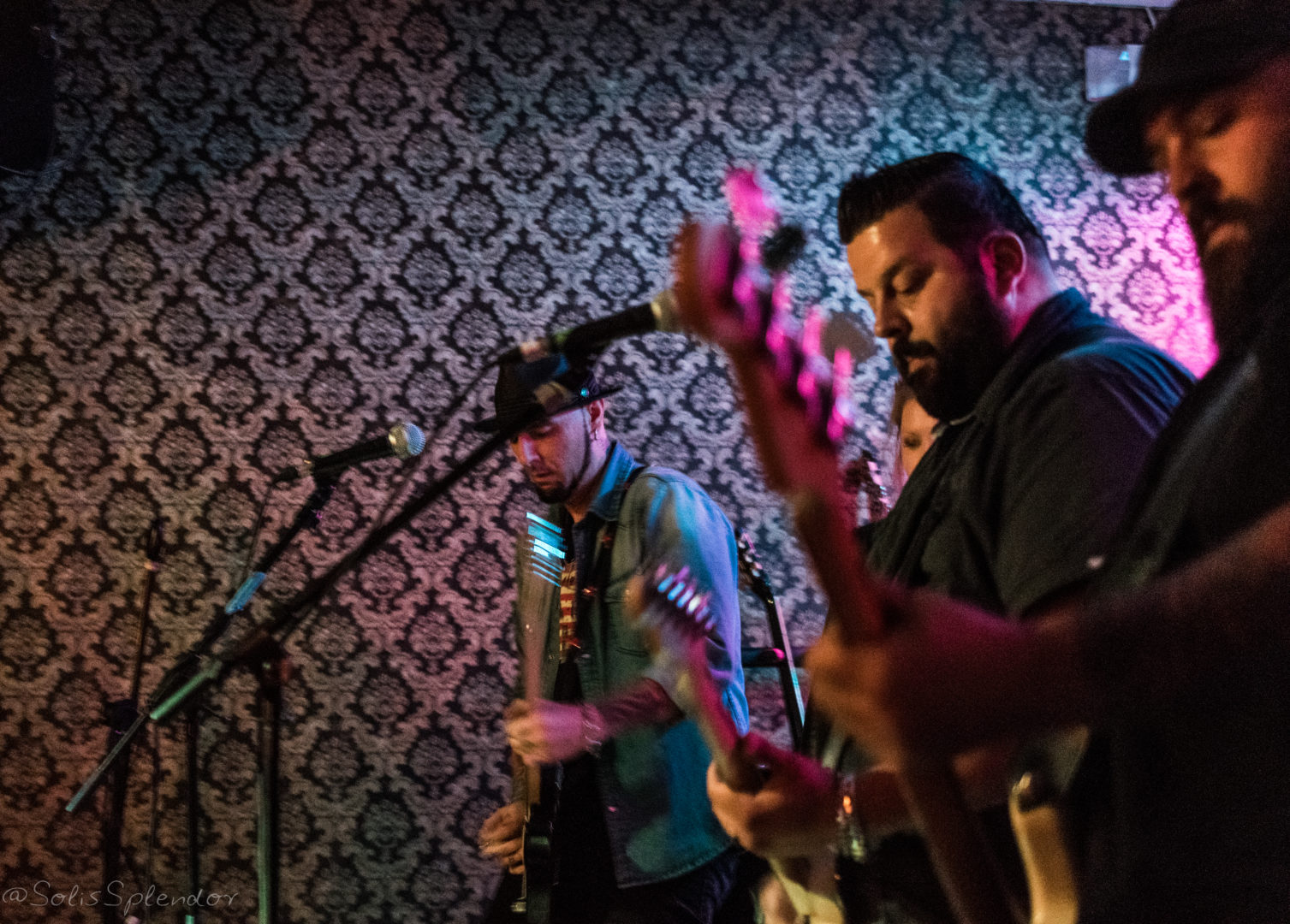 When: September 12, 2015
Venue: The Foxx Lounge Rock Bar and Hotdoggery
Where: Barrie, Ontario

The Road Heavy rolled into the last stop on their East Coast Tour in Barrie, ON.  The Foxx Lounge Rock Bar and Hotdoggery played host to a packed house of local fans, happy to welcome their band back home after a very successful tour.  There was much to be celebrated that night, including the announcement that their latest single, Your Place or Mine, was already receiving airplay on radio stations across the country.

The band played a heavy and loud 10-song set including songs from their EP, Devils Grin, as well as a few new unreleased songs and covers.  Get My Gun and Cold Blank Stare opened up their set with raw electric power.  The gritty and alluring sounds are thanks to the trio of Ryan Blake on lead guitar, Pat James on rhythm guitar and Andre daSilva on bass.  Their laid-back yet, in your face guitar riffs complement the southern rock and blues style. 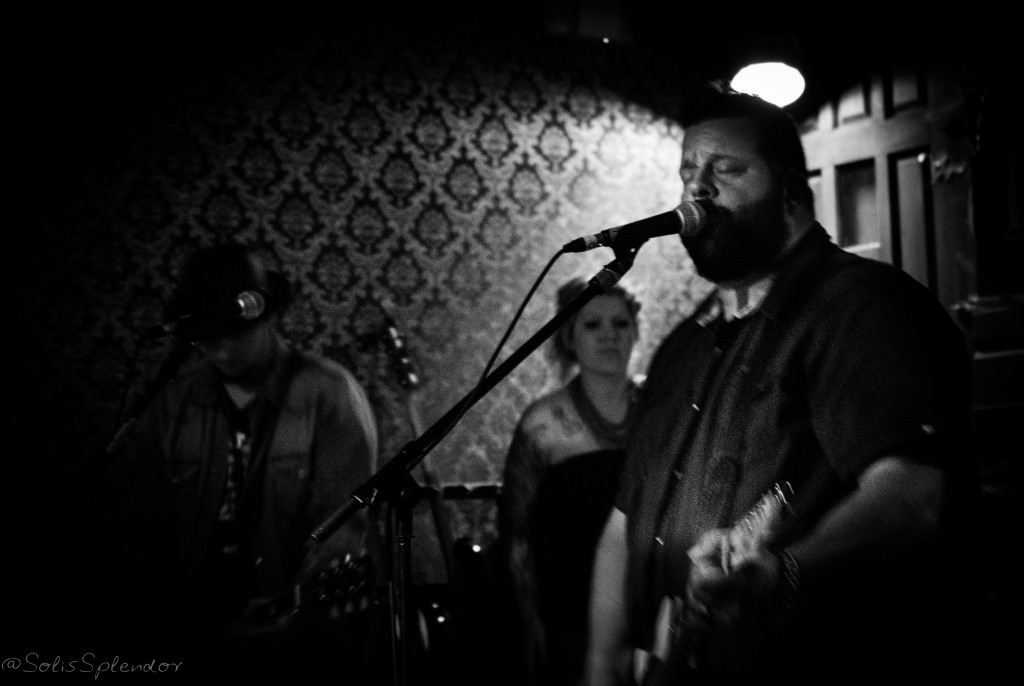 Keeping time for the band is ace drummer, Jeff Cox.  He could bang on just about anything and make it sound good.  Tucked in behind his bandmates, Cox drums out complicated beats and syncopated rhythms that demand attention.  His beats are the pulse of The Road Heavy’s music, bringing their songs to life.  Yet, capturing a shot of Cox in action proves to be an elusive task.  His high energy performance means that he never sits still for a moment.  Be sure to check out this profound talent the next time The Road Heavy is in your area! 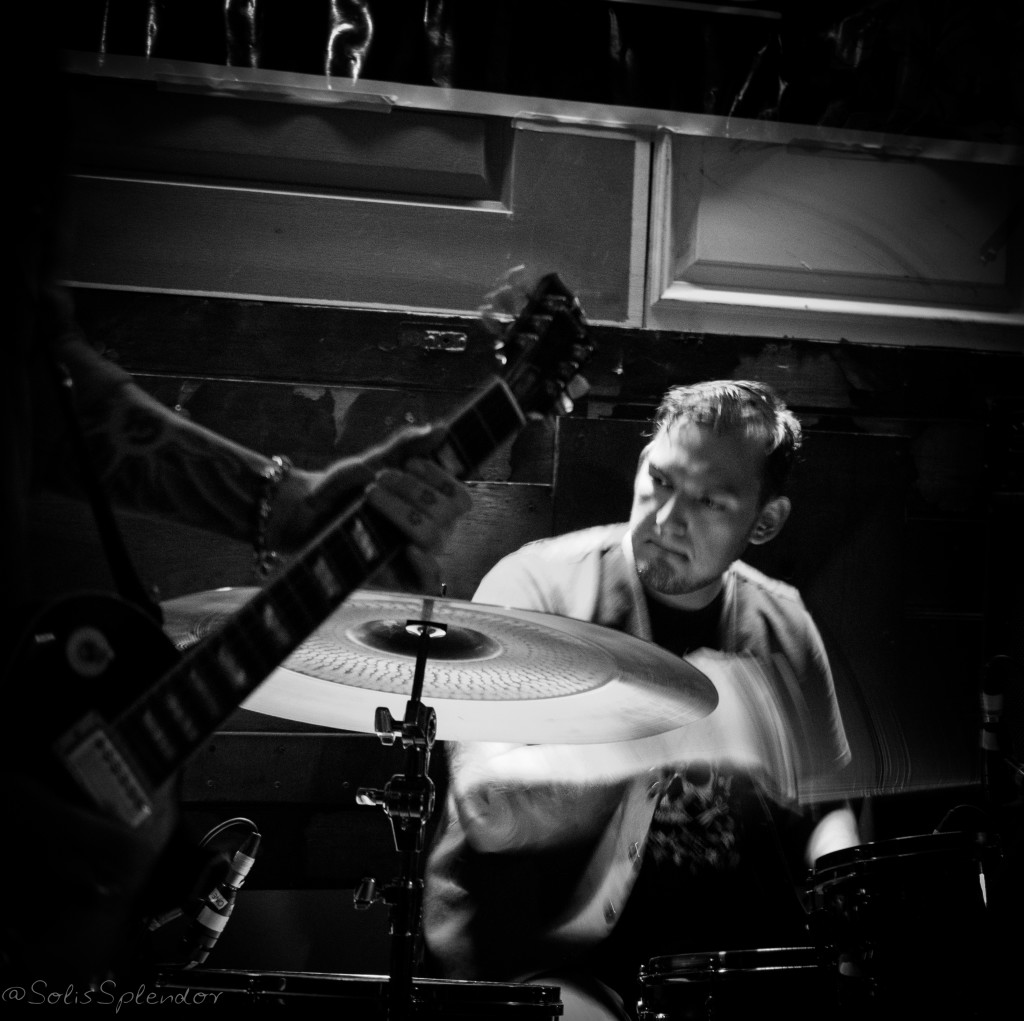 A compelling feature of this band is that their songs are written for and performed by both a male and female lead vocalist.  Writing songs for two lead vocalists definitely presents itself with a few challenges.  But The Road Heavy pulls it off with effortless style.  James says that is one of the biggest yet rewarding challenges that he faces when writing music for the band.  The accompaniment of James and Jules Cardoso is flawless.  Both singers demonstrate powerful chops when harmonizing.  Sometimes however, it is fitting to highlight just one over the other in a song.  The band played an unreleased track called Cross Me that features primarily Cardoso.  Her husky and seductive vocals of Cardoso could easily match that of music greats of Joplin.  She belts out the lyrics and gets lost in the song. 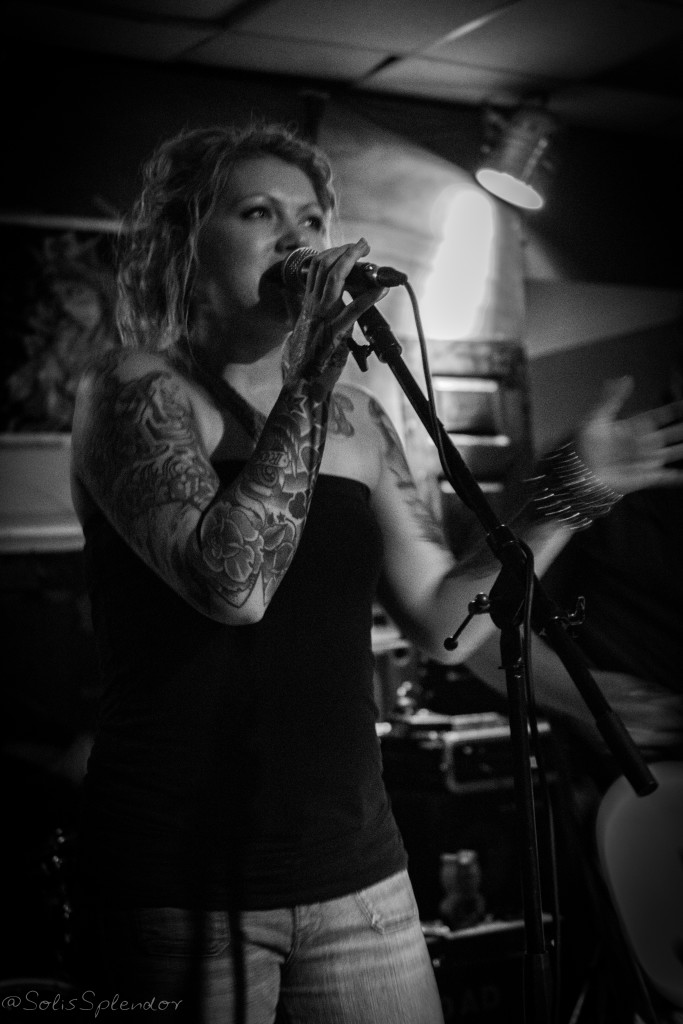 The Road Heavy finished their set with the provocative new single Your Place or Mine.  The song features bold guitar riffs from Blake and a smoldering solo that set the Foxx on fire.  The crowd eagerly grooved along as they got a taste of the future soundscapes of The Road Heavy. 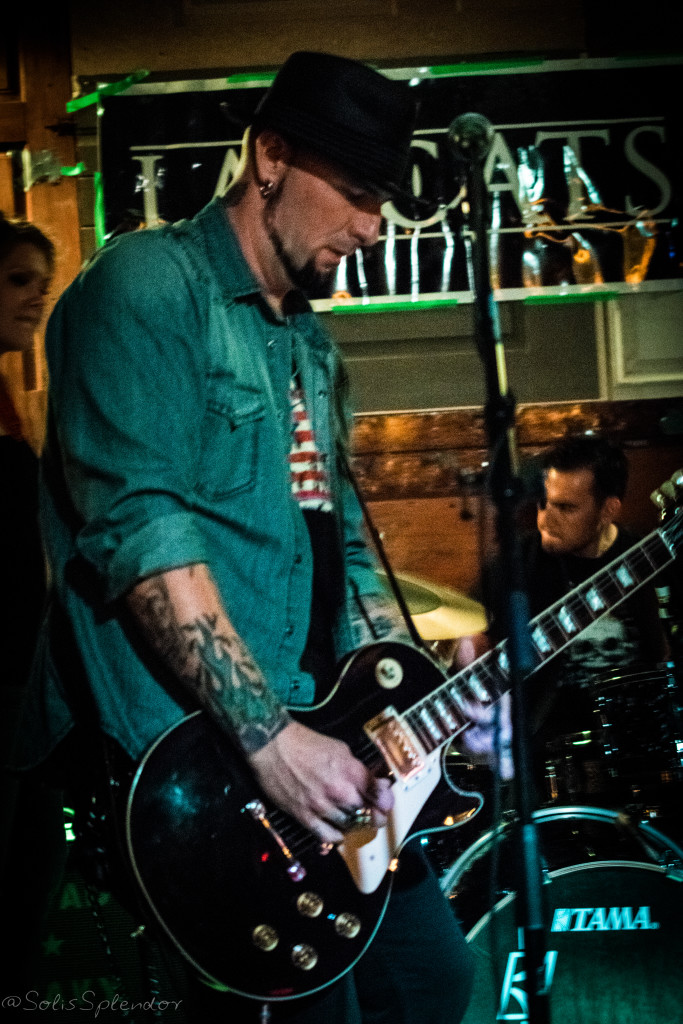 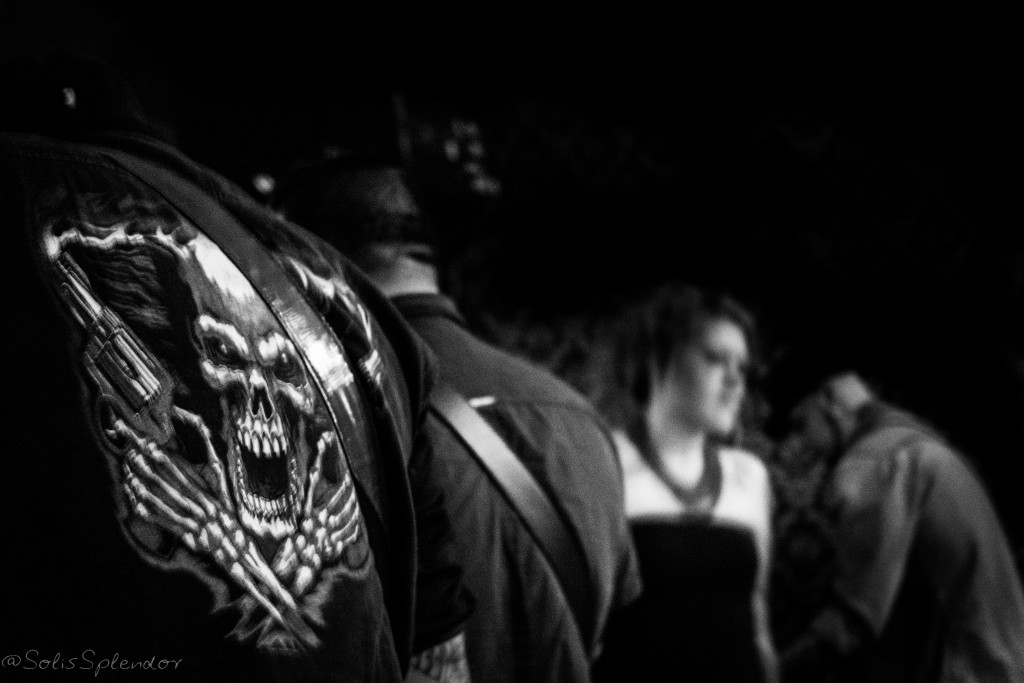 Want to hear more of The Road Heavy?  Make sure to call your local rock radio station to request Your Place or Mine.  The band is currently taking a break from touring to focus on producing more music for an album in the future!