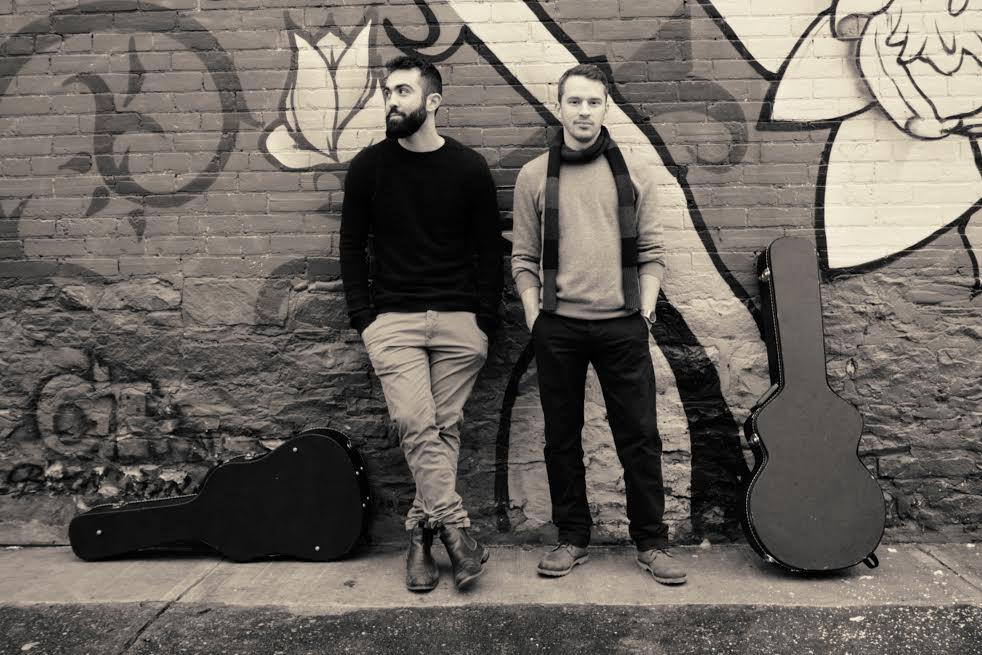 East Of Avenue are based out of Toronto, and consist of Noel Thomson and Sean Fischer. Their first single, “Paper Planes” was featured in Walmart’s Holiday Campaign, which brought major attention to the duo .August 28th, they released their self titled EP that features six mellow, folk/pop inspired songs.

How long have you been working together to make music?

We’ve been making music together for about two years.

It seems like things have moved quickly in the past year for you, how has that affected you?

It’s been great to turn on the radio and hear our own music. Our EP is now available in Canada and that’s also a great feeling. And people have really connected with our music and that’s probably been the most inspiring part.

Do you have any major influences that you would pinpoint?

Our EP started off with a stripped-down 70’s singer-songwriter feel, and expanding with more pop and alternative elements as we went along.

I see you recently were working on a music video, what song was that for and when should we expect to see that video?

We just shot our video for “Army of One” – the song is about fighting the good fight and the video treatment captured that in a cool way – it will be out very soon!

I saw mention that you may already be working on another album, is that something you are working on now?

We’re digging into the pre-production stage of our full-length. Can’t wait to finish it and put it out.

When you play live, who are the other members of your band?

We have Lewis Spring on drums, John Mavrogiannis on guitar and Jim O’Brien on bass, rounding out our live show. We’ve been playing with them for years, it’s a super natural fit – and also sounds supernatural..

Are there any plans for a tour in the near future?

We’ve been touring Southern Ontario over the past couple of months – Toronto, Ottawa, Peterborough, Hamilton, Barrie. When the time is right, we can’t wait to hit the West and East coasts for a tour!

Who writes most of the lyrics to the songs, can you tell me about that process?

There is no one set process. Sometimes we co-write and something we write songs on our own. Generally the songs we write on our own tend to be a bit more introspective and personal, where as the ones we co-write end up having more general concepts and are much more coherent and easier to follow.

Where did music become something you knew you wanted to pursue?

We’ve both been playing music since we were toddlers, and were very involved with music lessons, bands, and other projects all throughout elementary school and high school. Once we made the big decision to formally study music at university, we knew it would be something we’d be doing for the rest of our lives.

If you were going to choose one thing that you HAD to have at every show you play, like green M&M’s or Perrier, what would that thing be?

Probably some nice local craft beers from a local microbrewery of whatever town we might be playing in. Ontario has some of the best craft beer in the world.

If you could play anywhere in the world, what would be your first choice?

Do you have a favourite song off of your most recent EP?

That question is very hard to answer because we love each song equally for different reasons. That’s kind of like asking which is your favourite child.

What was the first concert that you attended?

Do you have a favourite location to play in Toronto?

Drake Underground, because their sound guys take their jobs very seriously. Every time we play there we are extremely happy with the sound quality.

Tell us something that we might not know about you.

We both have degrees in Jazz Performance, actually Noel even has his masters degree