By Jordyn Armstrong on September 18, 2015@jordynhannah95 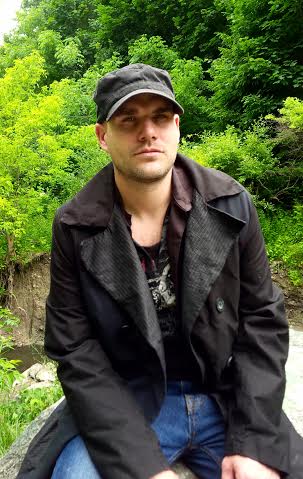 Liam Keddy is a modern rock vocalist from Toronto. Not only is he a rock and indie music writer, he also is a composer and a poet. He uses poetry as a large influence in his music. To find out more about Keddy, read the interview below!

Do you feel that composing a song is different than what most people would call writing one?

Guess you could say the difference, there is a “composer” and “songwriter”. I think when you are using more than one voice is becomes more of a composition or choral than a song. I would call these works “songs” however would call myself a “composer” as guitar and voice is one of mediums I write for. I try to work on the balance between the two within the genre with my particular brand or demographic in mind. So I feel like in mirror of many worlds.However If I am using a technique outside of the norm its usually hidden, which is a big difference between Keddy and other so called “progressive rock” artists is any compositional technique wont confuse the average listener. If The tonality of a measure is being stretched its only for short duration for immediate effect or over a long duration but using tones still appealing to those without a sophisticated palate . Although it is rock music which in today’s world is usually deemed not too accessible by the mainstream I still try to reach out to more than the rock listener as they might still appreciate the work although not usual to their taste. It is a balance, I find the trick its to not over embellish, yet still try and build new passage ways in the listeners mind. Overall the writing is basic and I try to keep it easy to fallow and something someone wants to listen to more than once. A lot of progressive art is meant for one listen.

Do you usually follow a step-by-step method or is it just a go-with-the-flow type of writing?

When it comes to poetry the interest began when I was 7 with the french film film “Cyrano de Bergerac, Works of Edgar Allen Poe, Gaston Leroux, This progressed to works of Blake, Shakespeare, Proust, Yates, I became inspired by much of the written word that would randomly appear in “Brave New Waves” a show that was on every night on CBC that played progressive music. Koans were a big part of my early song work when studying at the RCM. Non linear thought and prose appealed to me.I am also a huge fan of grimmores for their artistic imagery. Which includes everything from the writings of Dr John Dee, Austin Oliver Spare,Hermetical library/ Library of Alexandria invoking of ancient Gods to the hermetical tablet, All animals, situations, have a common link in our eye. The humans perception of a crow in writings around the world will have the same qualities. so when creating lyrics I do write for the Scribes, somewhat opposite of the music itself, I try and keep its meaning for those who are well versed. Otherwise it will throw off the audience, and I want to be great at misdirection at times; when writing lyrics for the masses.

How can we see their influence in your music?

I think I often have dreams of being a cryptic singer made out of fine cement in an Elizabethan maze somewhat enchanted being. Singing songs of beauty and tragedy. Sometimes very beautiful and sometime mean and attacking. I see the same link in much of the music and attitude in the Warhol era, as the majority of my friends growing up were coming from a punk background (not that I was) I became inspired by the writer Patti Smith. I often wanted to be able to spill out words like in automatic writings of AO Spare and Aleister Crowley, the goal has always been to improvise successfully. participating in a lot of open jams in the earlier days I was fortunate to see it up close, prior it was something inspired by radio alone. I am much inspired these days by Slovakian poetry of the “viking era” . The imagery and aesthetic will often be identifiable, as well as the overall approach.

How to do you mix composing and poetry to make it into a modern rock sound?

The musical form is usually the basis for me. I am inspired by the counterpoint techniques and the usage of more than one harmonic passage in a measure. When creating a lyric I will use a meditative process where I want to “see” or “gather” images internally and apply their “classic”
or “orthodox” meaning(s) to build from. Sometimes I will have its adversary in the same passage in order to convey a second or sometimes third meaning. Sometimes using the same phrase and deconstructing it, ie (“that man has a habit it needs to stop” “stop that man has a habit, has a habit” “habit man stop” “Stop habiting that” “habit man stop”). I will also burrow from classic grimores/esoteric writings and/or interpretations of nature when conveying a particular message.

Do you plan on releasing an album soon?

In the rock world where all music is streamed a collection of songs like an album or EP tends to make the connection between the audience and listener harder as it costs both parties.

Also I think it more advantageous to issue a “download card” to people fallowing us or seeing for the first time, so they have access to the art for free. If we eventually sign to a label an album will be inevitable to order to create assets, and distribution will make sense as people have heard of me. At that juncture the float is sustained by the market. So the cost can be recouped.

Being in back-order is not so much a thing these days with the advancements of social media. So in the future having a whole CD may benefit but for this current work each song is seen as its own release. In days ahead if there is indeed an engaged audience I would like to press vinyl
copies as I believe people still buying rock in product form rather than digital are either older or a collector, so a record is a much better investment for them, as it is obviously larger and the art work of the album is giving a proper look. Listening to the music and staring at the album art is a permanent thing in that culture. I will bet album art may get a longer or more repeated attention than some of the great works because of this.

I think our demographic is Middle America, Western Canada and Europe. We have plans but no dates to release as of yet.

Why did you want to pursue a career in music in the first place? What inspired you to follow this dream?

A ) I think originally it was my father ,he used to sing his own songs at churches we used to bounce around churched a lot when we moved when I was 9. my brother who is a championship Scottish Drummer and Irish Ulean Piper, My sister who plays the bag pipes, guitar and sings, my mother who plays the guitar and Scottish tenor drum and Bourne drum, constantly surrounded by highland games and church songs.

B) My first musical likes were of “Elvis” and ALW “Phantom of the Opera” when I was really young, I studied classic theatre for a number of years at Neptune Theatre School. It inspired me to write plays and prose and apply it to my own work. I always liked Led Zeppelin, Kiss, Marilyn
Manson, Alice Cooper, Black Sabbath, Guns and Roses, Alice in Chains, White Zombie, Aerosmith, Lenny Kravitz, Jimmi Hendrix, Pink Floyd, to name a few classical inspirations Stravinsky, Shostakovitch, Bartok, Beethoven, Bach, Mozart, Mendelssohn, Dowland, Palestrina, Rameau,Byrd, and Sibeluis.

Try not to get bitter. Art for arts sake, For Bards art is life.

As a Canadian Beats tradition, we change things up by asking some fun questions. It’s a way for the fans to get to know the artists better. So here we go!

What would be one thing that fans would be surprised to know about you?

I can’t drink, I don’t smoke and I don’t do any hard drugs, I try to live a healthy life and have for some time and would do anything to preserve that. I just focus on my work my wife and my family. In the past any recreational involvement was for artistic sake, and through spending a lot of time at the library reading I was able to find this as a better stimulus. Art needs to be focused on and anything that takes that focus away isn’t for the best.

Do you have any musical guilty pleasures?

I can listen to Tibetan bowls all day long, I try to keep a clear head space these days. I am also into Nordic celtic groups like “Wardruna” “Garmarna” “Faun” as well as ambient music like “Lustmord”and “Herbst 9” . I also like a lot of Pictish and Gregorian chants.

Where do you see yourself in the next 5 years?

I have over 150 songs written and I intent to have them all recorded with a video as well as having a sustained online and touring presence in the countries i mentioned.

Keddy is Pictish and Gaul : “Pirate” and/or “Viking” tribe coming from Pictish Ross and or Fergus (year 15) tribe originally known as Carnonnonicae, or followers of Cernunnos the god of agriculture with the fall of the ice age 8000 years ago and sinking of “Doggerland” which
connected Ireland to Britian and Scotland to Germany and Jutland. Keddys bare relations to Fergus the Great 1st King of Scotland are also related to Robert the Bruce and Eric the Red. The Keddys have been a prominent family in Nova Scotia since 1750 and helped preserve the Scottish colonies from native and pirate attacks on the south shore in the earlier days of Canadian history. yielding from New Ross which gave birth to the bluenose
as ship building was already in their blood from earlier days.