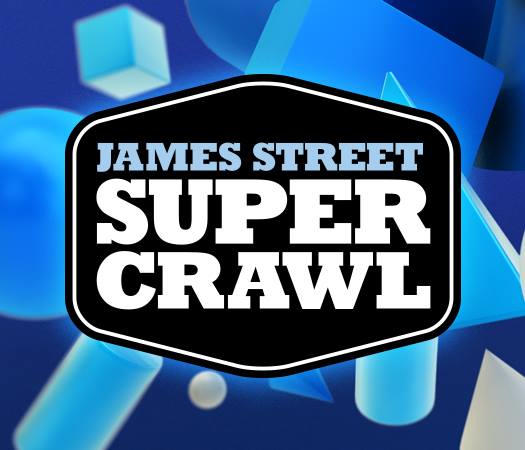 Since 2009, Supercrawl has been bringing the Hamilton community together through an impressive line up of music, art, fashion, and good vibes. Despite the unpleasant weather this past weekend, the festival still received a great amount of support as loyal audiences enthusiastically supported the bands that provided performances of the highest caliber, browsed the unique arts and crafts booths that were set up throughout the festival, and enjoyed unique, delicious meals from the wide array of food trucks that were available.

Over the years Supercrawl has received numerous amounts of awards, and deservingly so. This year’s festival brought an amazing display of talent, beautiful works of art, and a strong sense of community to James Street. I was lucky enough to experience all the festival had to offer over the weekend on September 11th and 12th. 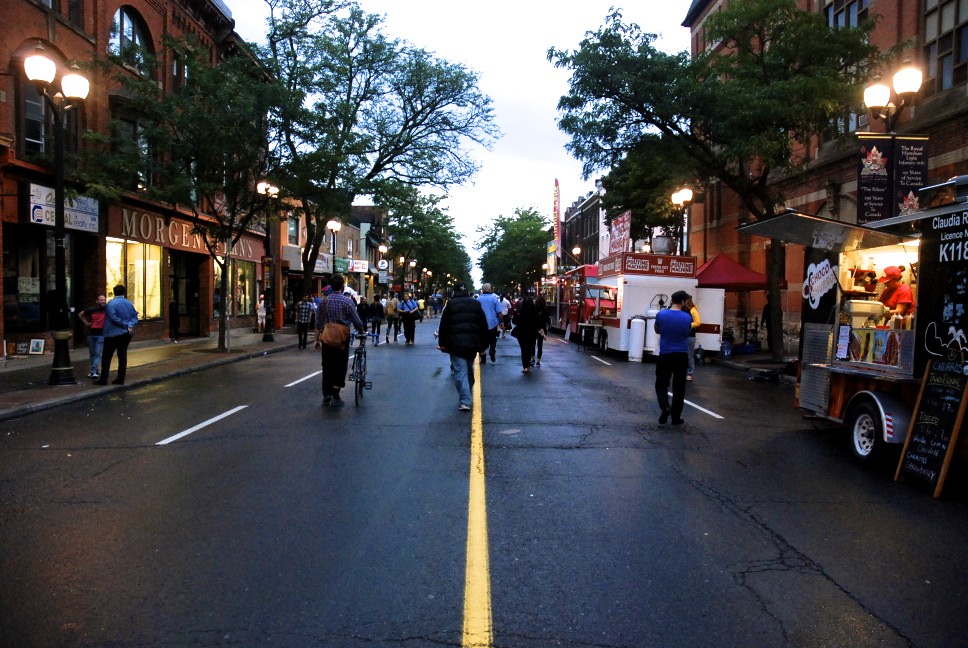 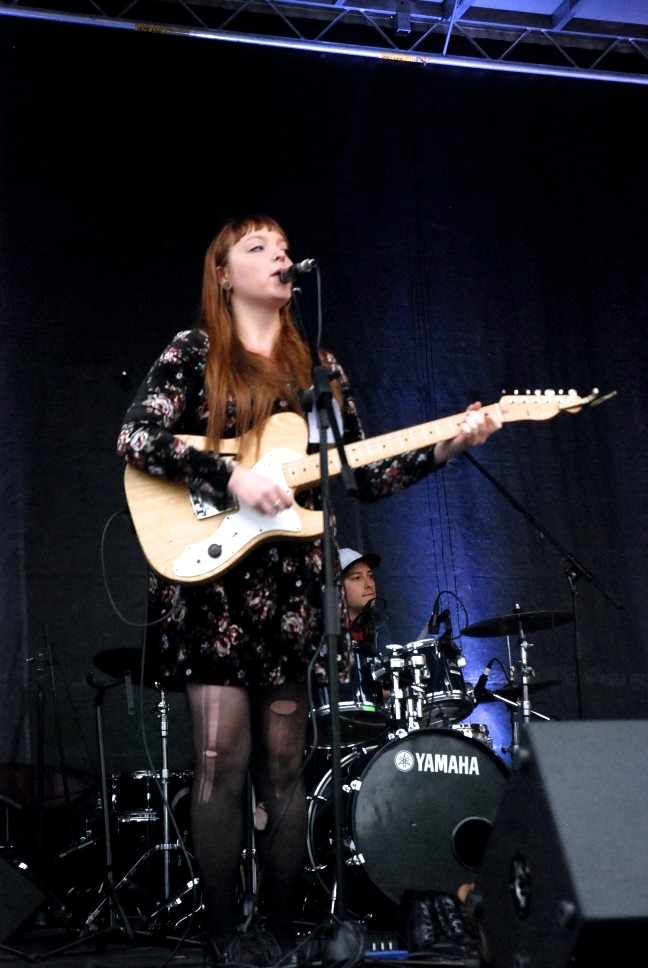 Basement Revolver creates experimental folk-rock music with a twist; mixing gritty, edgy sounds with captivating vocals that produce a mystical atmosphere and sweep listeners off their feet. It was the perfect music to listen to on a rainy day, and needs to be added to your autumn playlists. The band’s performance, while modest and minimalistic, was effective in drawing an audience as the singer’s voice resonated through the festival, proving that simply the music is all this band needs to capture attention. 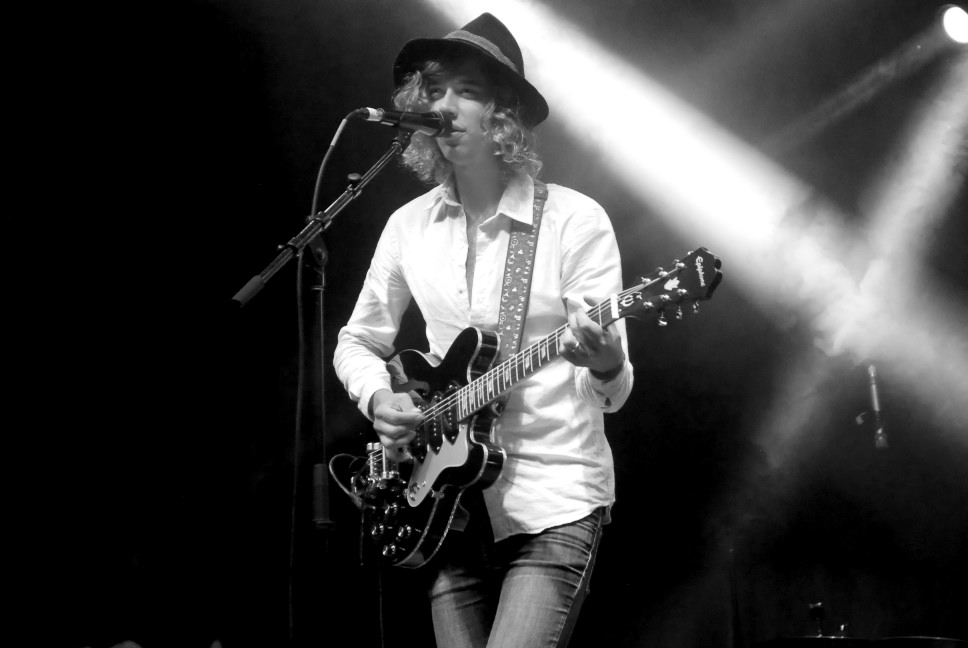 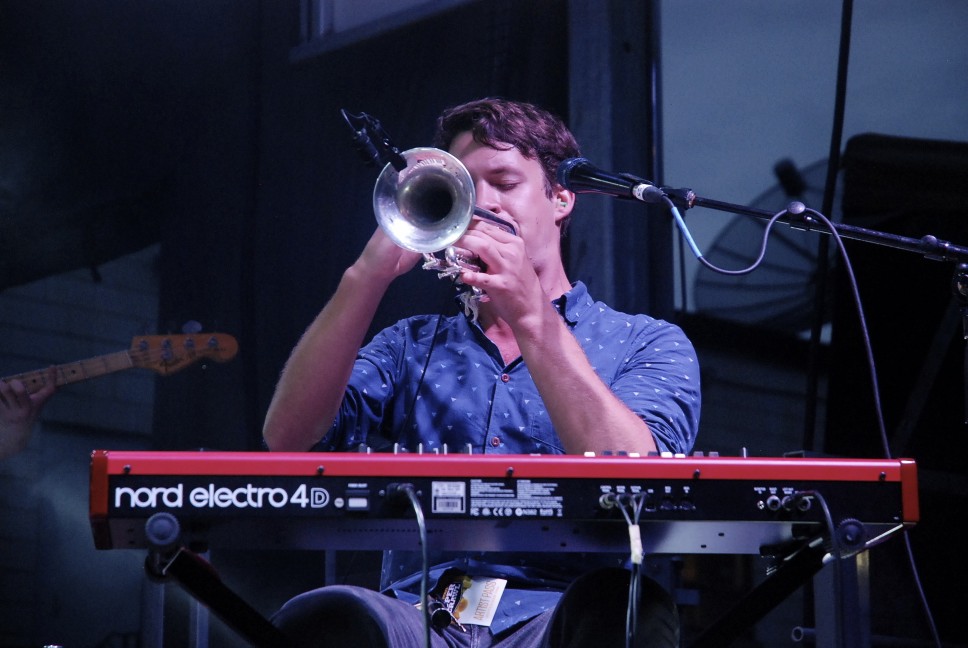 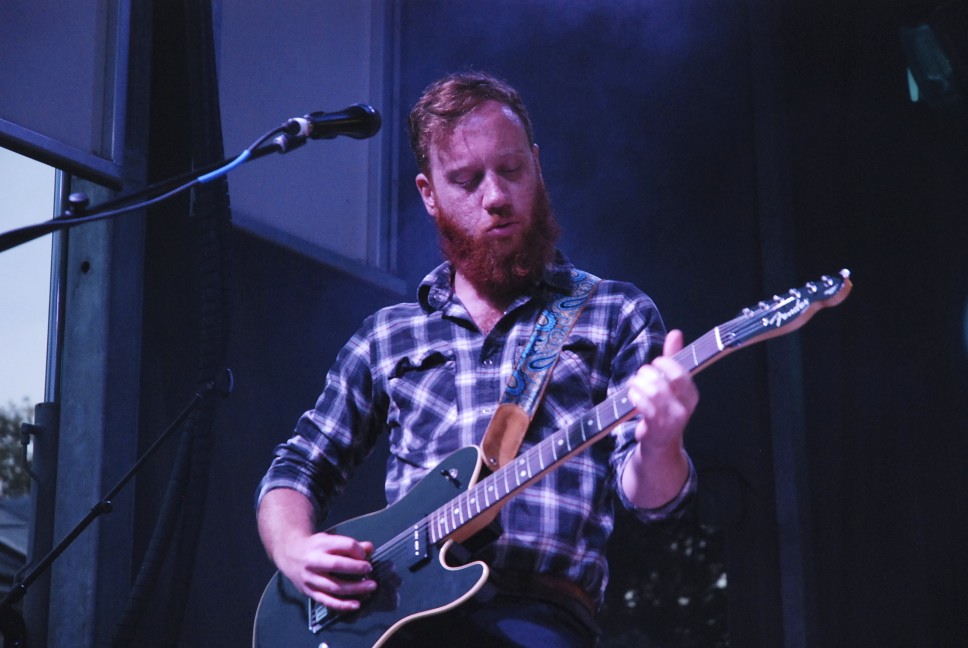 Sun K proved to be the ultimate festival band as they played an explosive set full of catchy tunes that mix everything good about classic rock n’ roll with folk and blues influences to create a fusion that’s full of anything you could ever want in a band. The group of rockers certainly lived up to their name and played a set that temporarily distracted me from the freezing cold weather due to their energetic stage presence and feel good music. This was my first time seeing Sun K live, and I would definitely go see them again. My favourite tracks from the night included Sweet Marie, and their electric closing number New York City Blues. 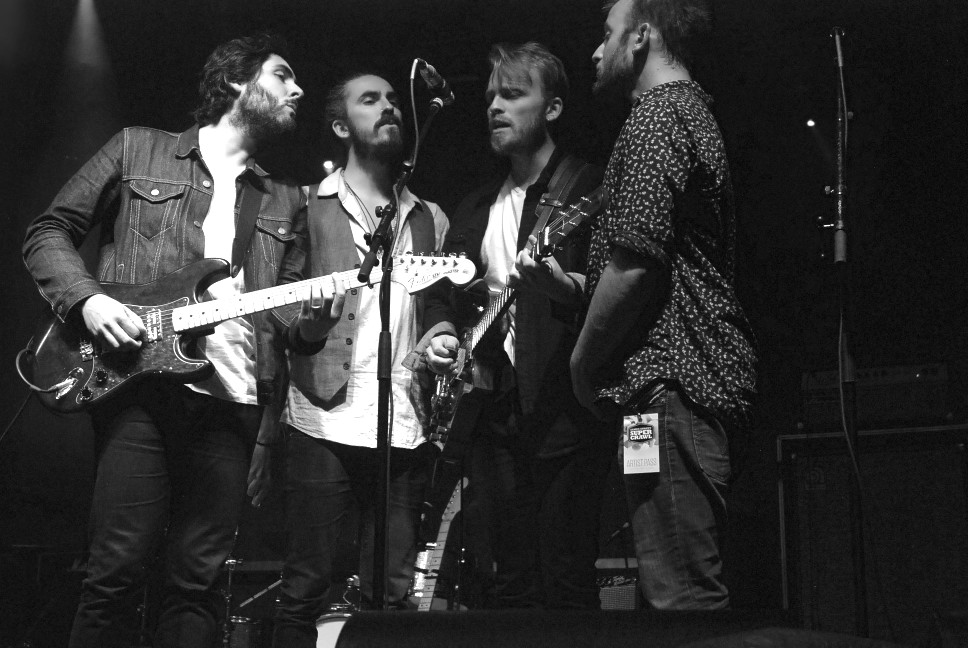 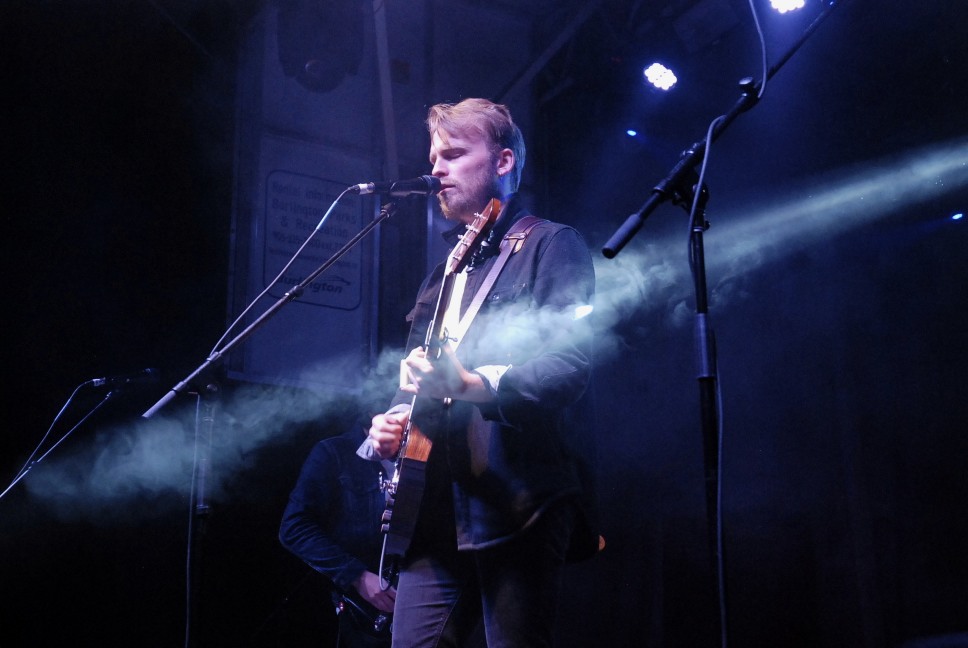 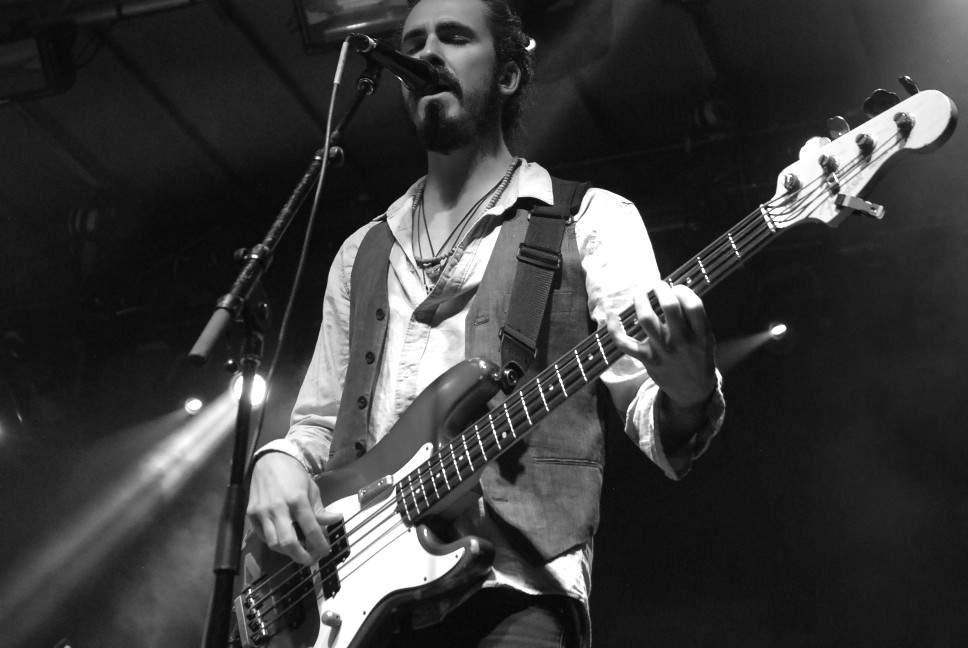 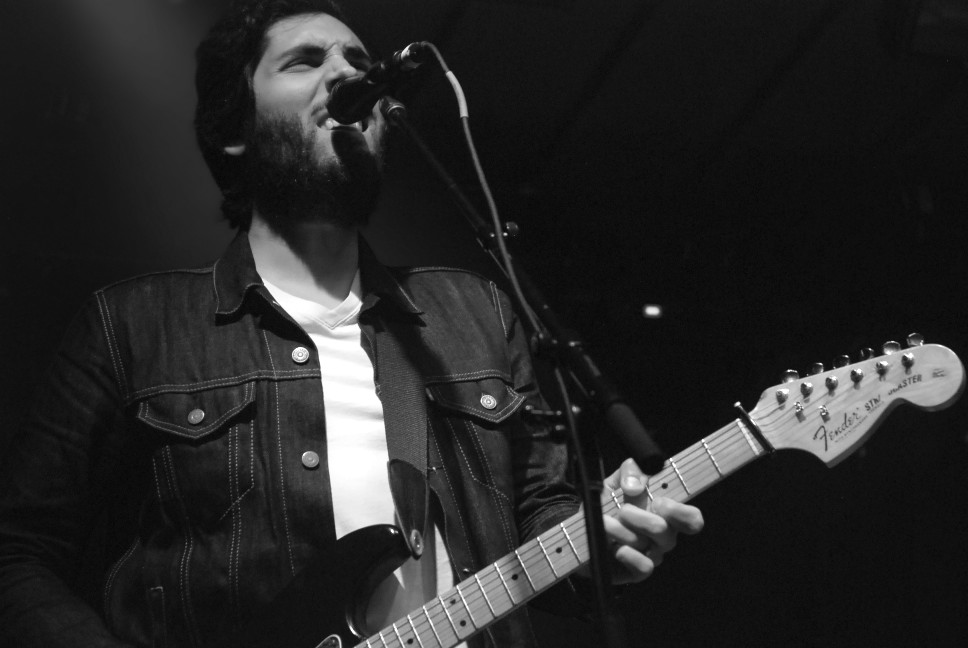 The Bros. Landreth followed with an equally impressive performance. A group of talented roots rockers, these guys brought a full sound drawing from multiple influences including folk, blues, a hint of funk and a dash of gospel. Without a doubt I would have to say that The Bros. Landreth were one of my favourite bands at the festival, and I hope I get to see them again soon. Some memorable moments from their set include a short, intimate a cappella number, a fun cover of the gospel piece Jesus on the Mainline, and their own original masterpieces off of their latest album Let it Lie. 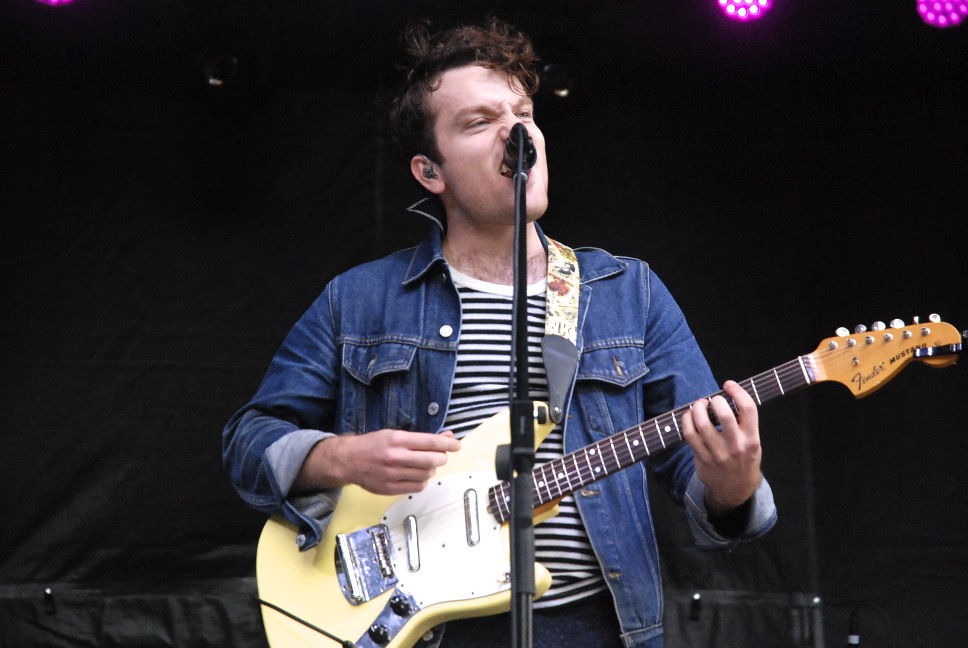 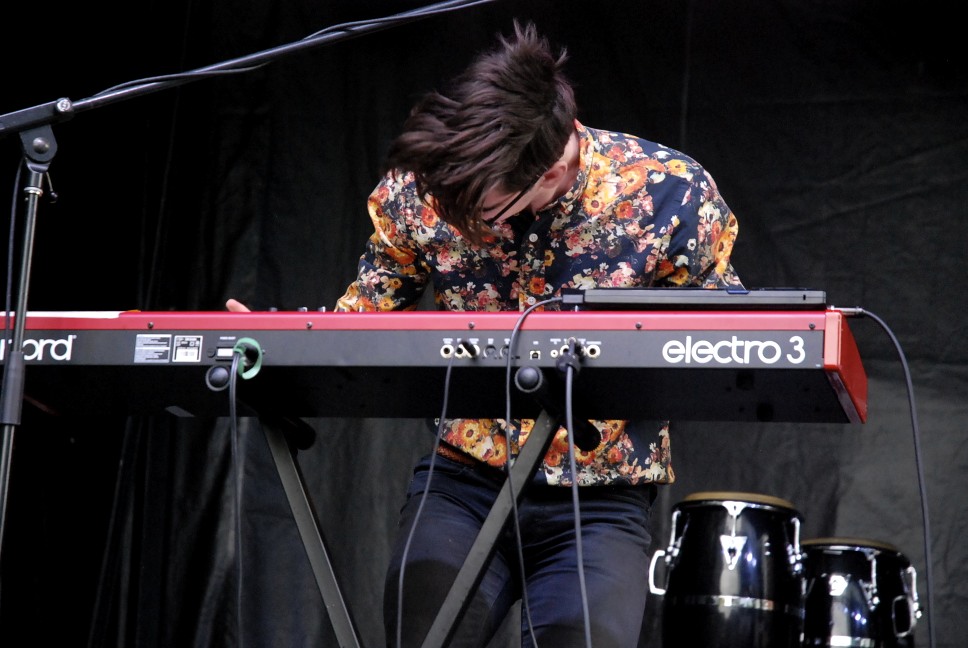 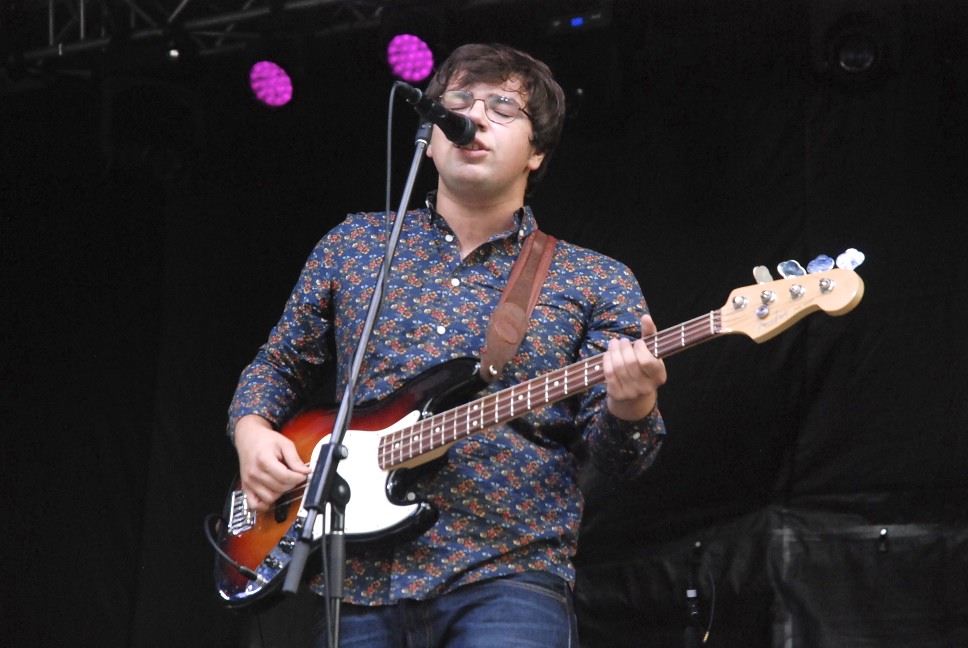 Unfortunately the rain persisted throughout Saturday, but that didn’t stop The Elwins and their loyal fans. A large crowd formed around the main stage in anticipation for the band’s performance. The group’s upbeat, fun indie pop is perfect for a summer outdoor festival and made me feel as if the sun was out and shining, even though there was a chill in the air. Apart from the mood boosting music, The Elwins paid great attention to interactivity with the crowd and with each other on stage, which made them so much more interesting to watch. The band delighted fans with some new music, and their latest hit So Down Low. 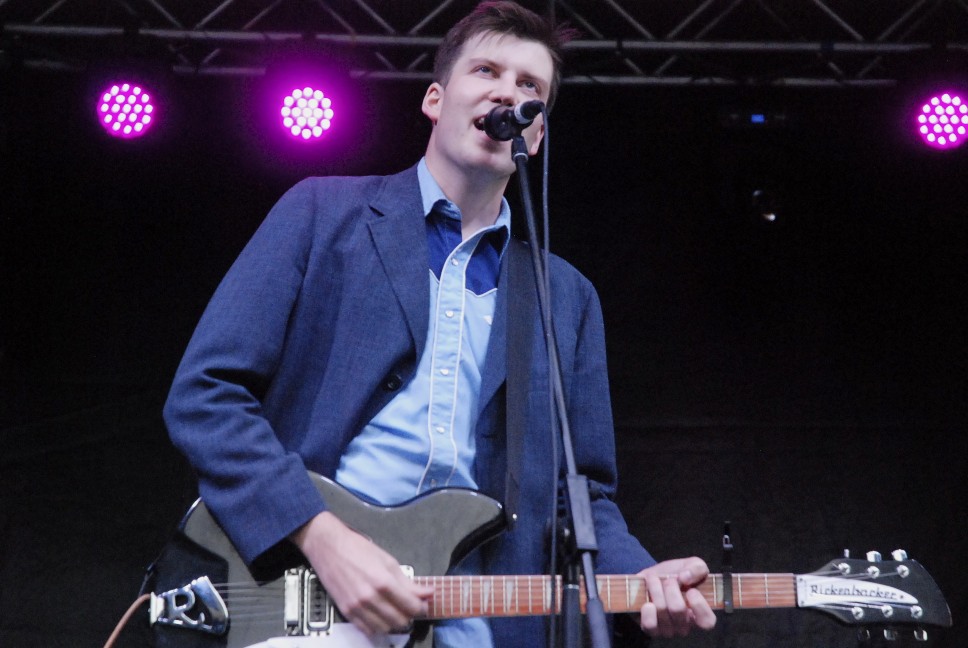 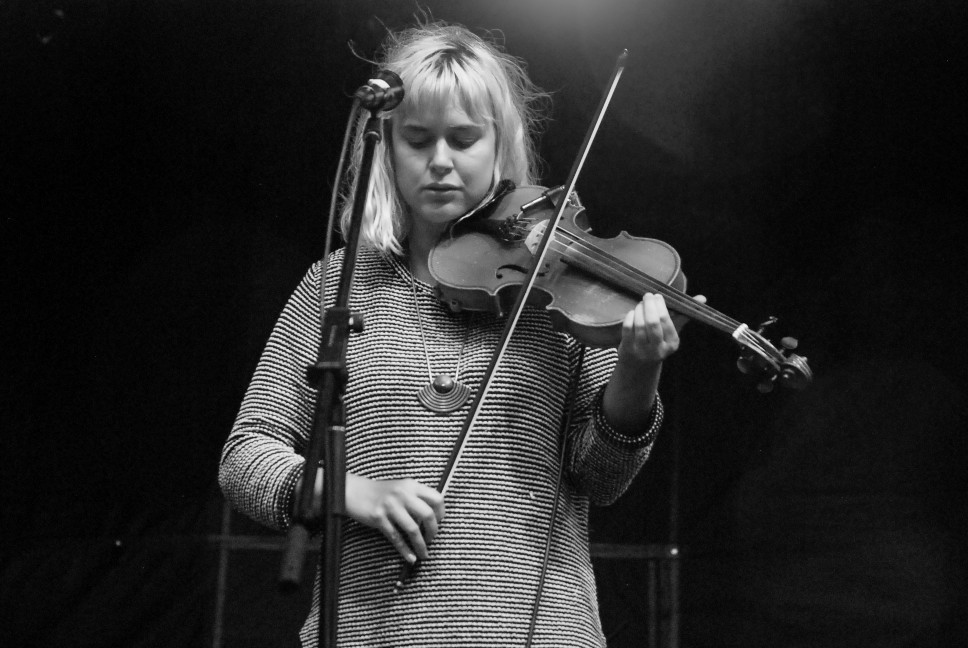 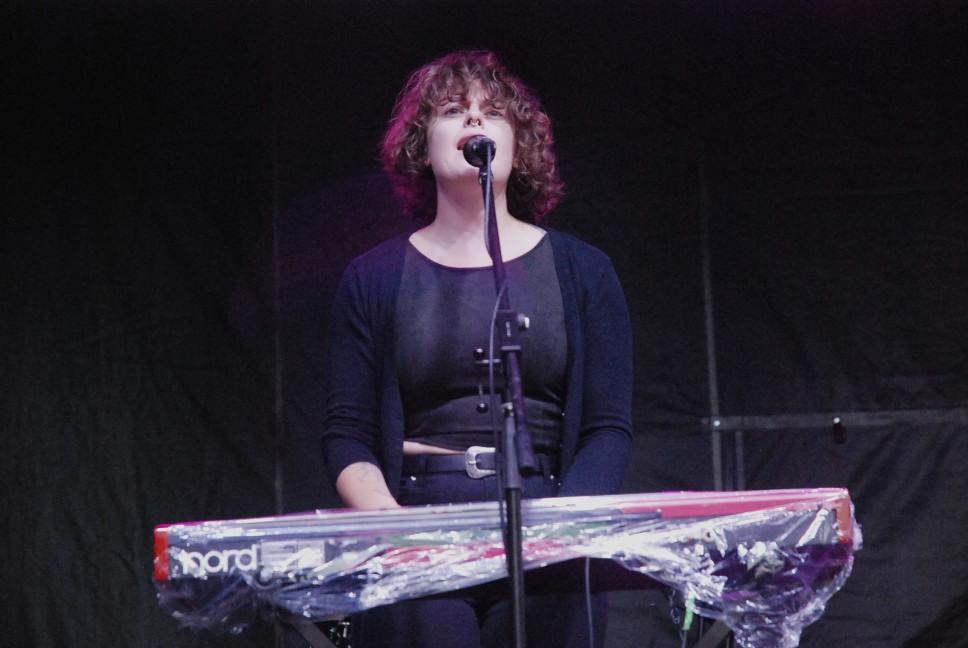 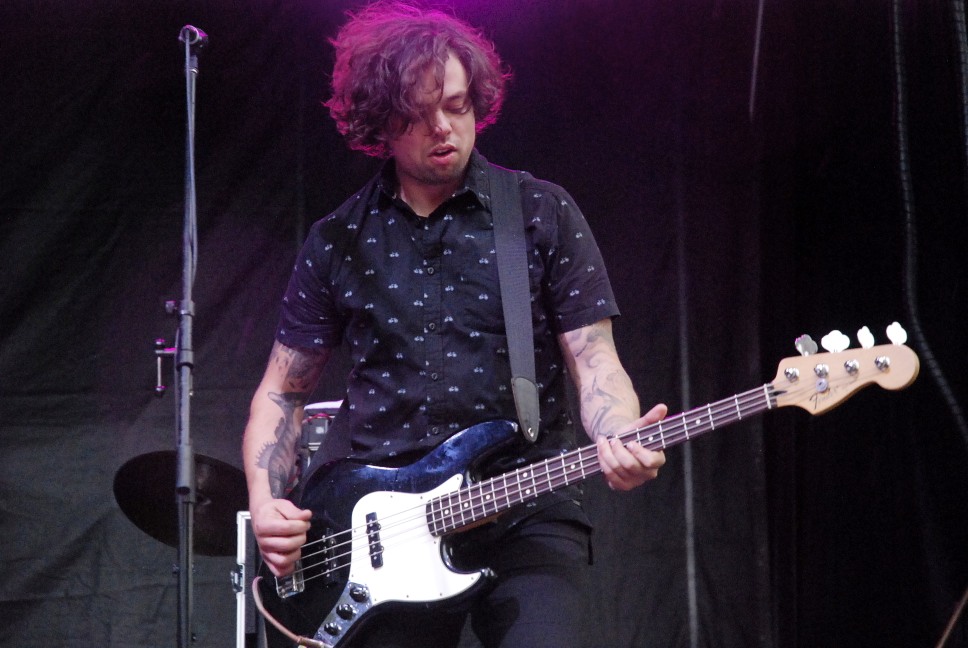 Rah Rah hit the stage next and performed an engaging, lively set for a crowd of avid festival go-ers. The band kept up the energy by playing some carefree indie pop while adding their own unique flare. What was most interesting about Rah Rah is the versatility of each band member. Lead vocalists were constantly switching, along with who played what instrument. I love when bands do this, because the crowd gets to see a shift in dynamic, however subtle it may be and fans learn more about the hidden talents that would otherwise not shine through. My favourite song of the evening was definitely Run. This is a catchy, simple number with beautiful harmonies that work wonderfully live.

The Festival was also home to many public art displays, vendors, and buskers. 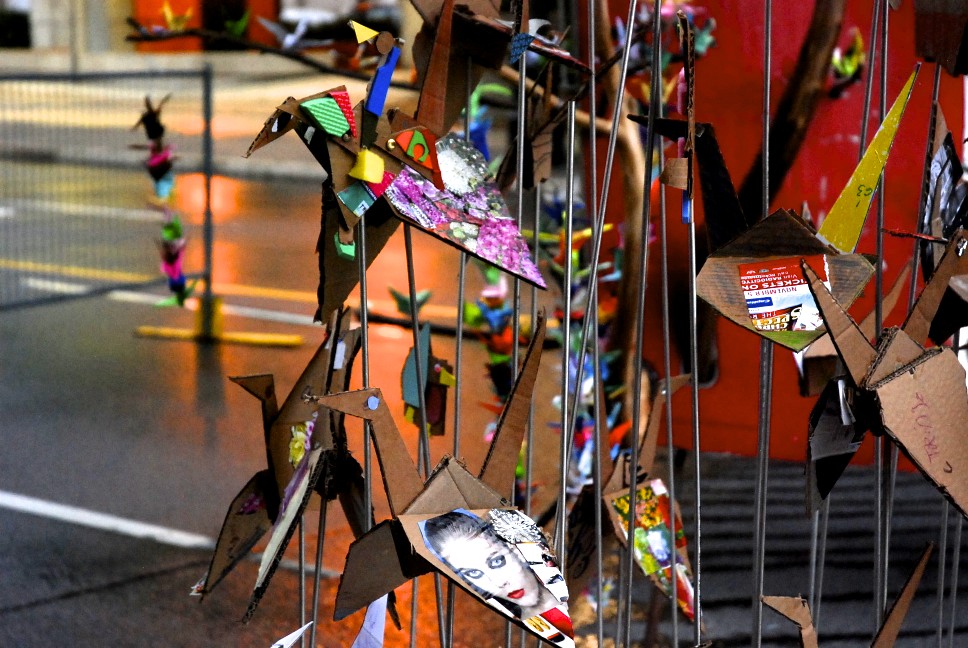 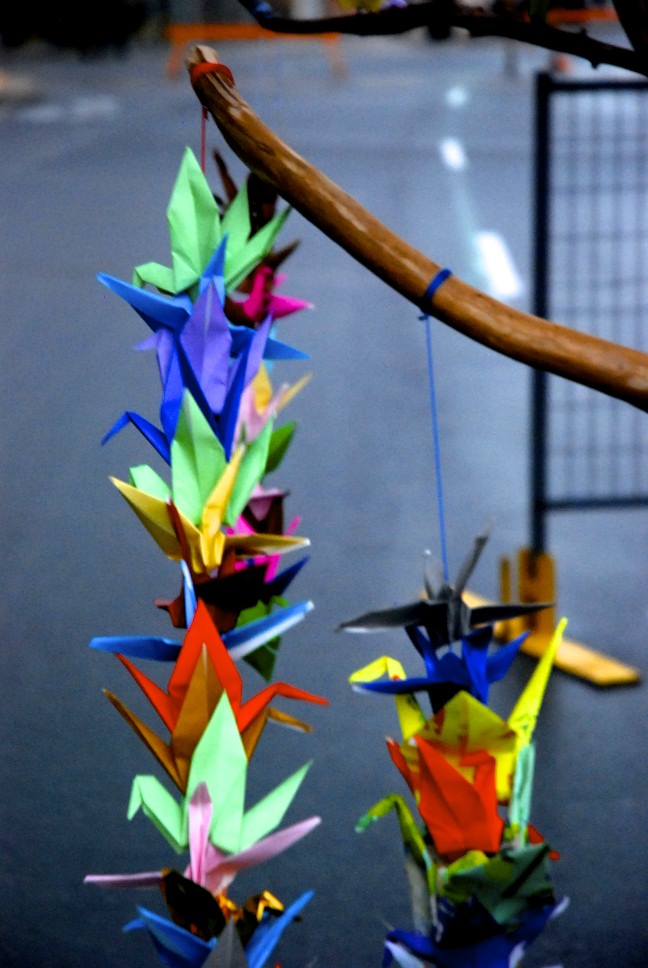 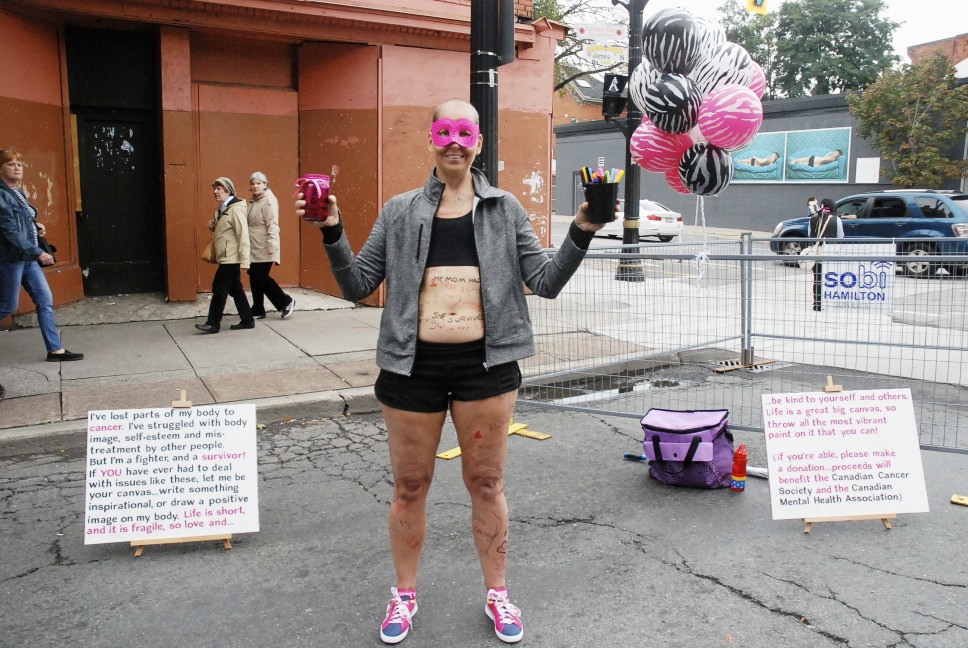 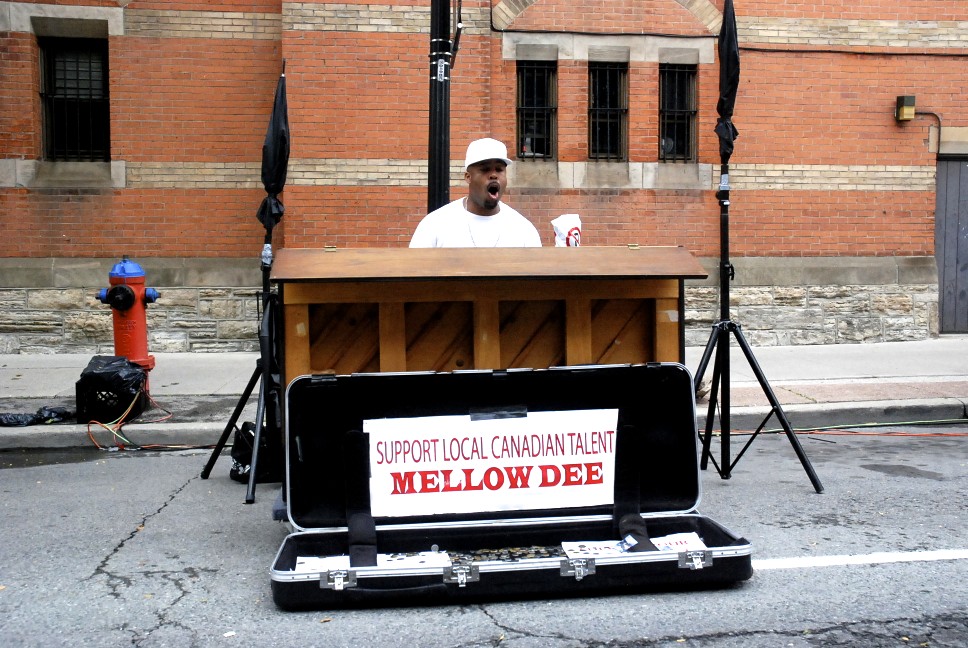 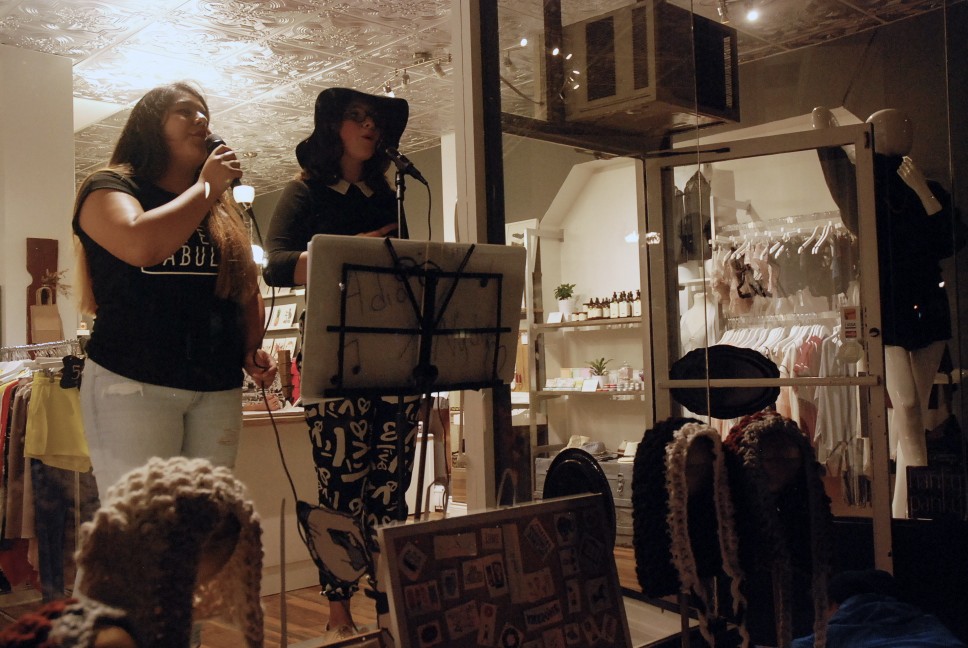 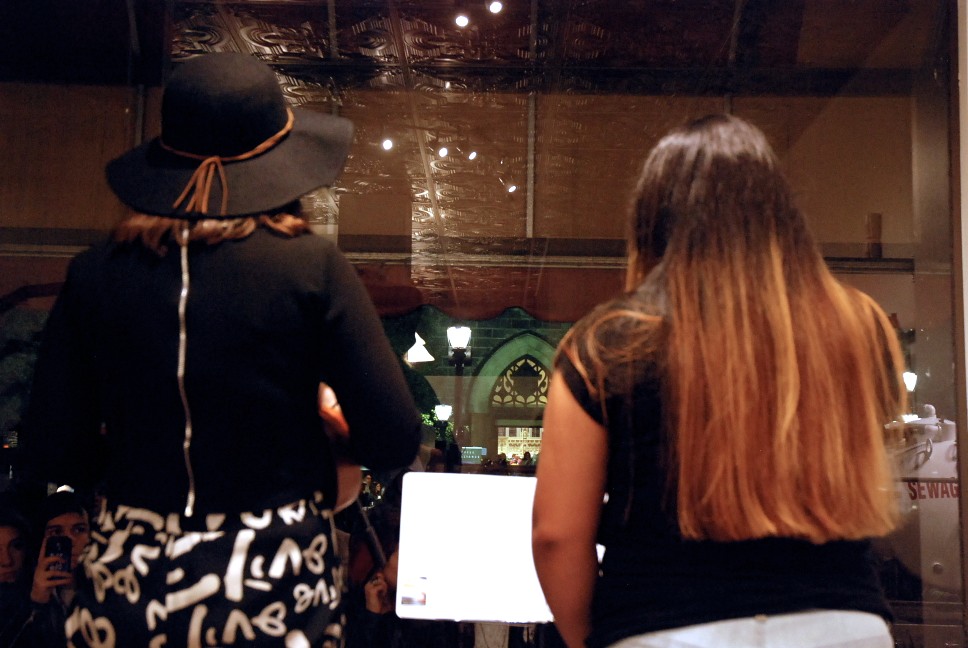