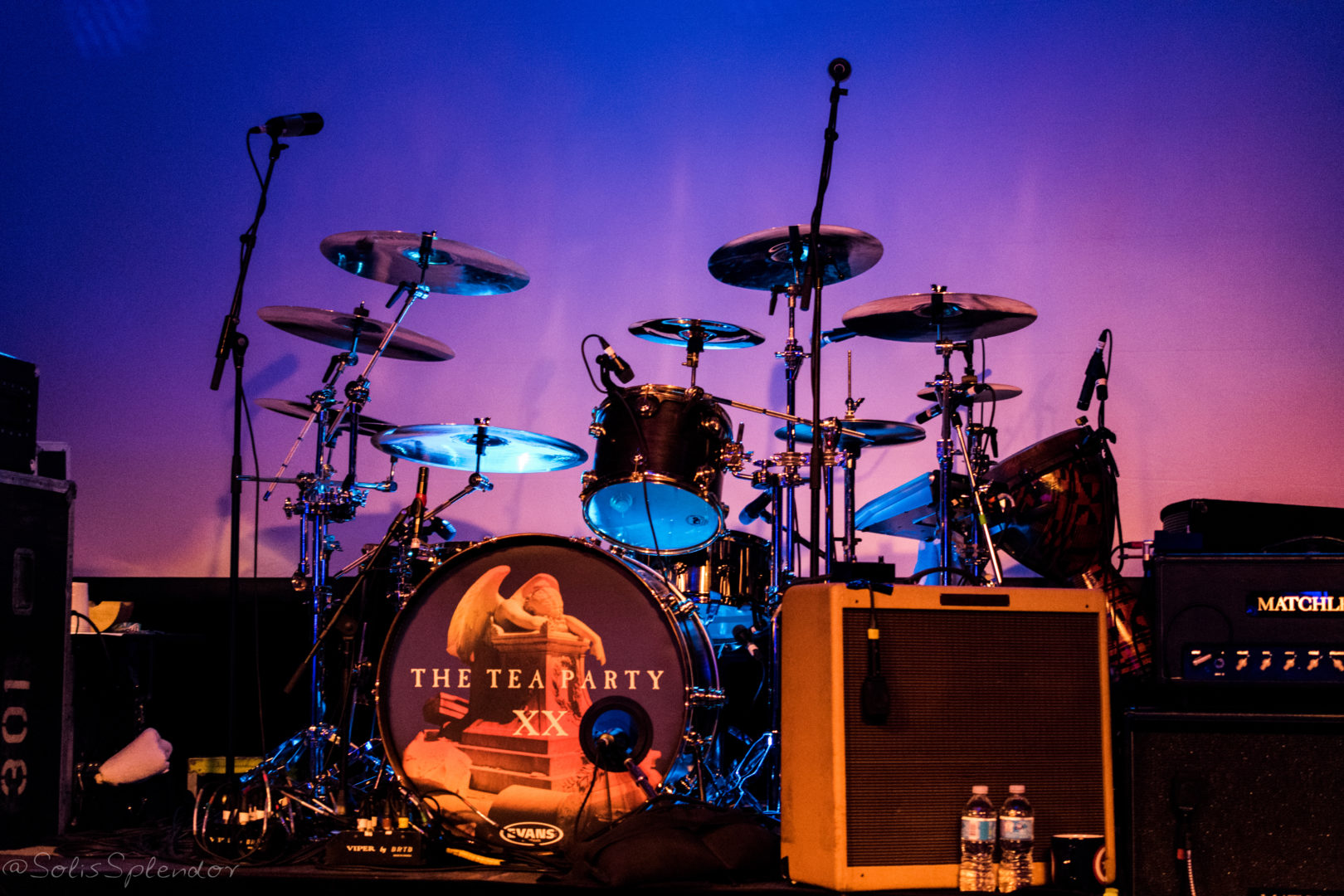 When: September 11, 2015
Venue: The Roxy Theatre
Where: Barrie, Ontario

Mix equal parts of fervor and effortless talent with a dash of charisma and you have the recipe for a concert of epic proportions.  The Tea Party made a stop in Barrie on their nation-wide The Edges of Twilight: The Iconic Album Live tour.  Fans were treated to a full night of The Tea Party.  With no opening acts, the band wanted to squeeze in as much musical goodness as was possible.  The Edges of Twilight was played in entirety, followed by a second set of greatest hits.

In an essence, the entire show was a masterpiece.  Great care and attention have been put into every minute detail.  The beautifully crafted backdrop artwork, by Australian artist Robert Buratti, featured images inspired by the songs of The Edges of Twilight.  Also, the angel of grief, an icon for the album cover, received a striking, updated look on the drum head on Jeff Burrow’s bass drum. 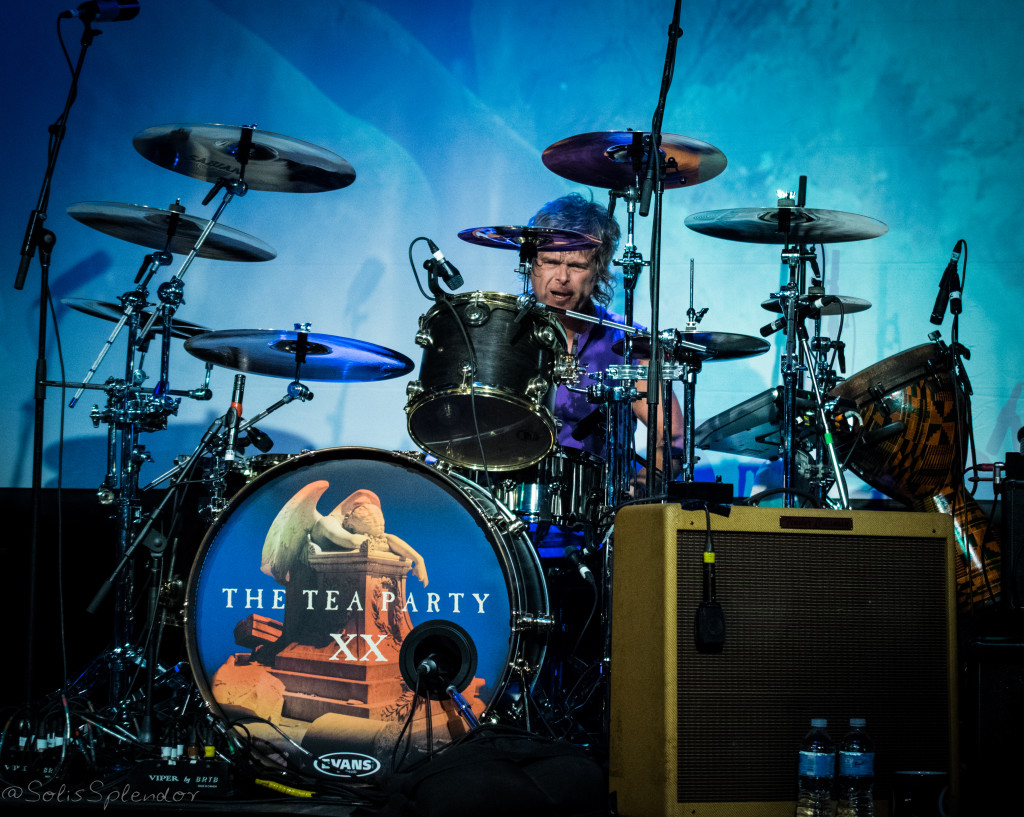 Several rare instruments were resurrected for the tour.  The hurdy-gurdy was played by lead guitar/vocalist, Jeff Martin, at the beginning of The Badger.  Its droning sound infused Middle Eastern influences into the song – a trademark of the band.  During the playing of Turn the Lamp Down Low, all three bandmates were banging away on dumbek drums.  It was a stunning moment to observe keys/bass guitarist, Stuart Chatwood, step away from his usual instrumentation and participate in this drumming circle.  Chatwood also diverged from his usual role as he played the mandolin during Shadows on the Mountainside, a song written by Chatwood and Martin as they travelled across the Rocky Mountains by train. 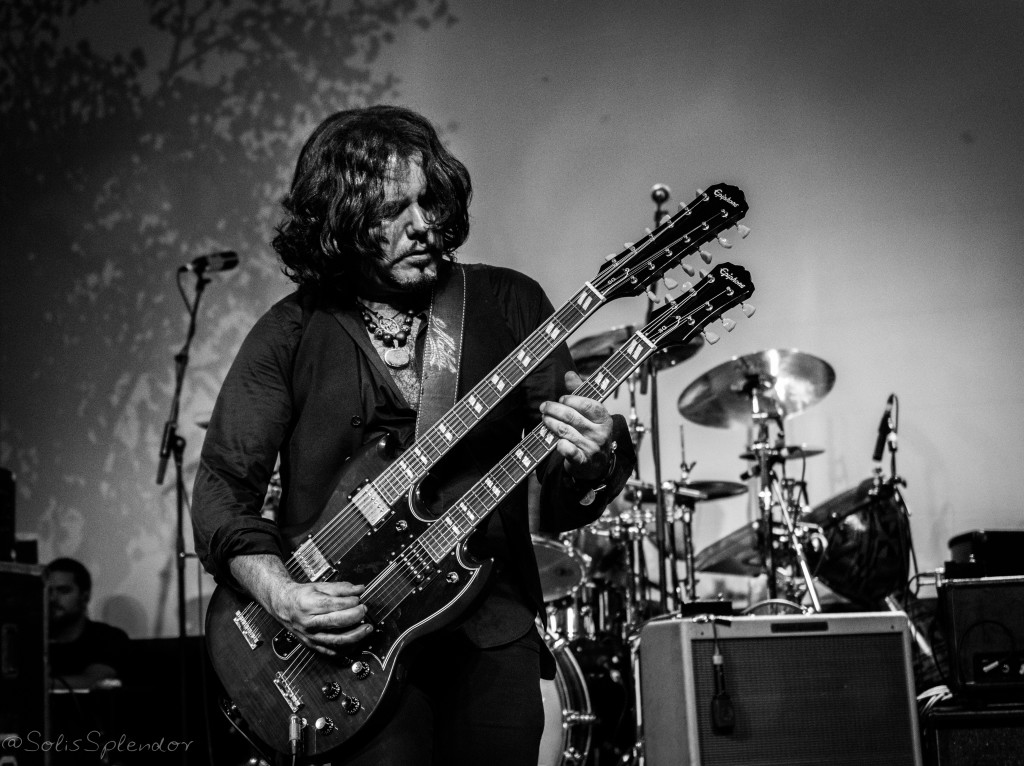 The intimacy of the Roxy Theatre provided a suitable ambiance for the soundscapes of The Edges of Twilight.  Although the music was played in loud, grandiose style, the fans were kept entranced, in lockstep with the band.  The hypnotic draw of The Tea Party’s music is intoxicating.  Martin attacked every song with passionate, haunting guitar solos.  His commanding stage presence and soulful baritone voice captivate audiences.  Burrows performed a high energy set and kept rhythm with fat, laidback beats.  Chatwood demonstrated his versatility by playing many different instruments, including the above mentioned dumbek and mandolin alongside the usual synth and keyboards, and bass guitar. 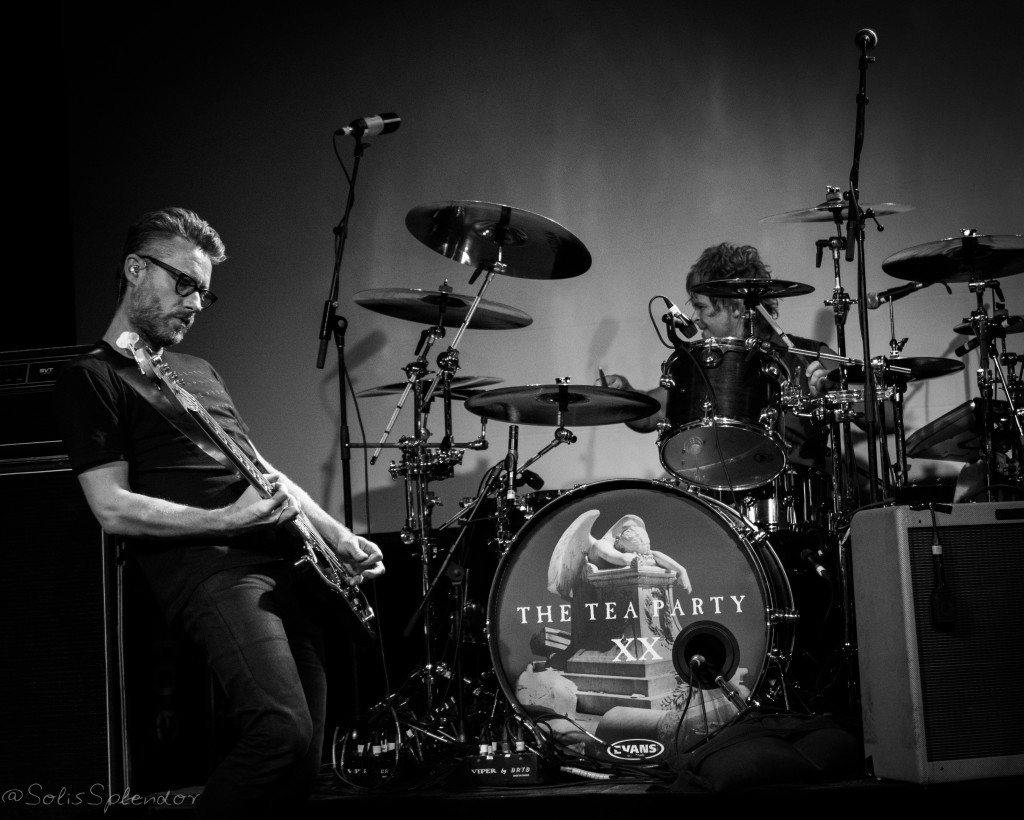 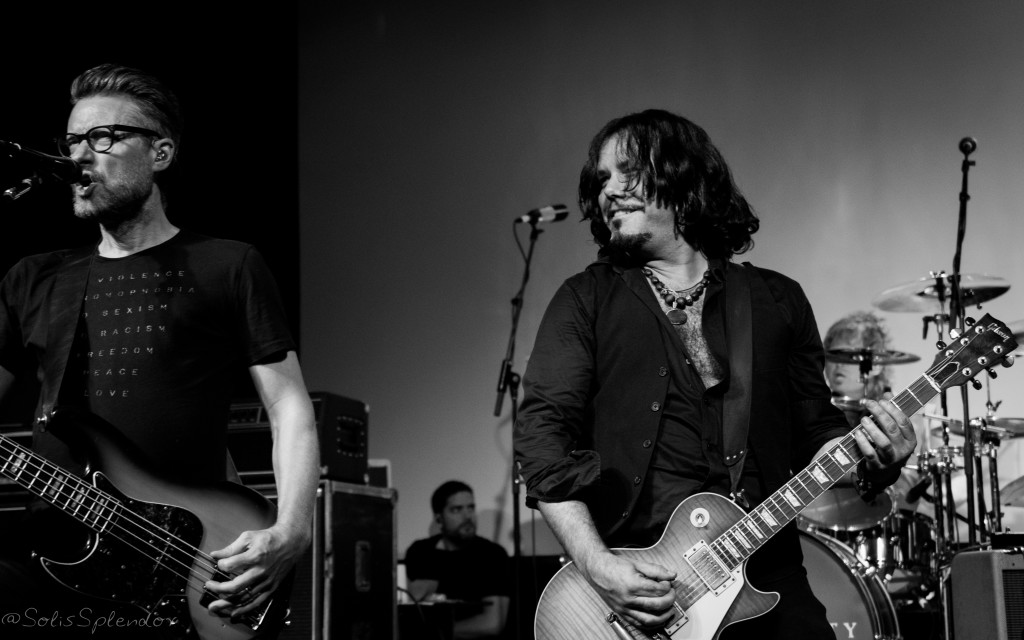 The Edges of Twilight: The Iconic Album Live tour is a legend in the making and is not to be missed.  There is still time to catch a show on the tour.  Fans can also pick up a copy of the two-disc remastered album that includes rare footage not previously released. 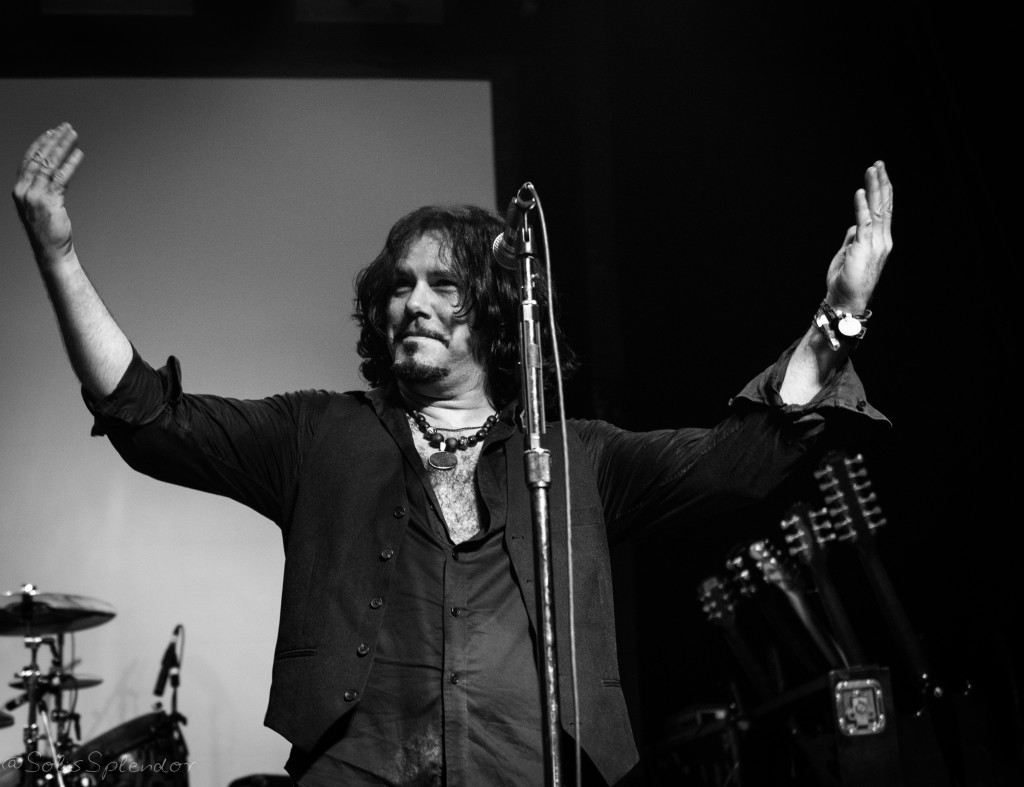