Rundown of CCMA Awards & Media Room with the Winners

I’m sure by now, you’ve all read our rundown of the John Deere Green Carpet, right? If not, what are you waiting for? Go HERE and check that out!

Now, I have the huge honour to tell you all about my experience at the Canadian Country Music Association Awards. This was my first time doing media and I didn’t know what to expect, but was pleasantly surprised at how it all went down.

After the Green Carpet, the media all headed back to the Media Room, which was a comfortable environment, filled with some really great people.

When the show began, we watched from a huge television when Dallas Smith opened the show with his hit song, “Cheap Seats”, which is a song that I personally cannot get enough of! He did a killer job and the crowd was riled up and ready to get things started. 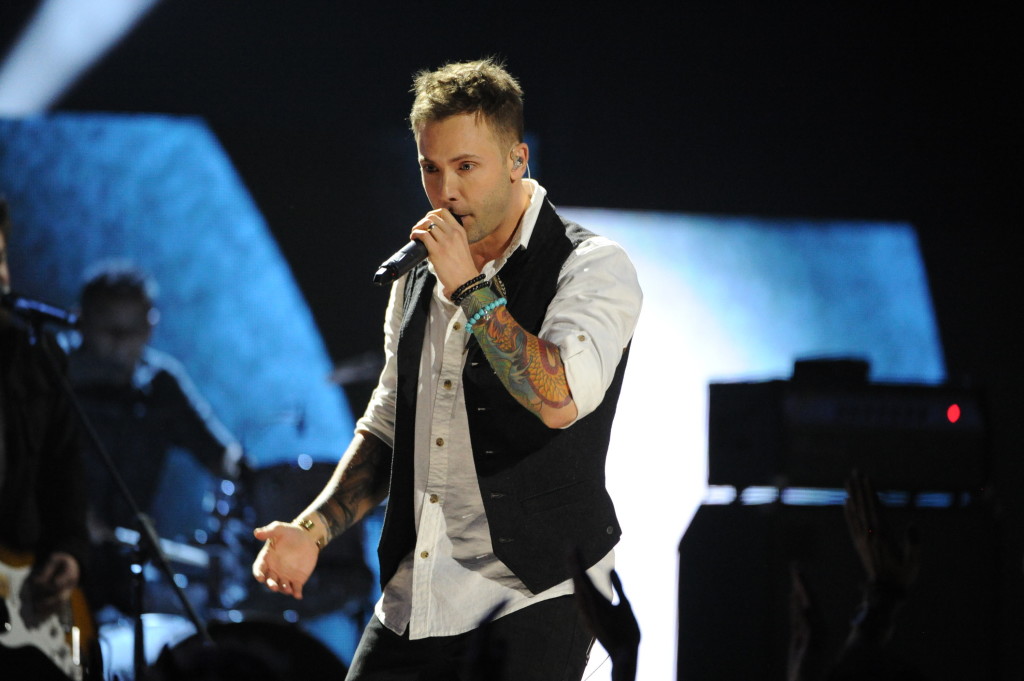 Next up, we found out the winner for the Fans’ Choice Award, which was none other than Johnny Reid! After accepting his sixth CCMA Fans’ Choice Award with a touching speech, he came in and gave the media room a visit. 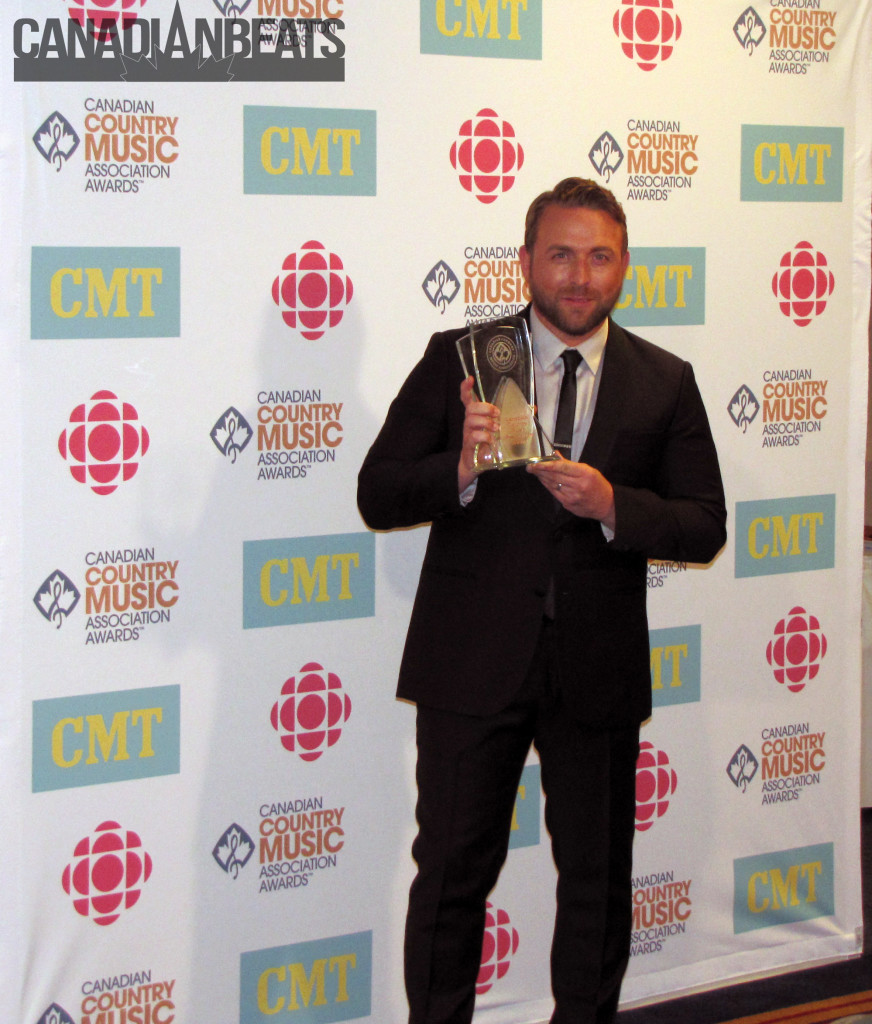 When asked how it feels to win the Fans’ Choice award, he responded:

Next, we were all stoked to see Autumn Hill perform their hit single, “Blame” and they didn’t disappoint. This is a duo that puts absolutely everything into their performances and the audience can’t help but sing along with them. Unfortunately, I was unable to acquire a photo of their performance, but trust me when I say, that they knocked it out of the park.

The night continued with a high energy performance of “Young, Alive & In Love” from none other than Tim Hicks. This is one of the songs that plays quite often in my house, and I thoroughly enjoyed his performance. 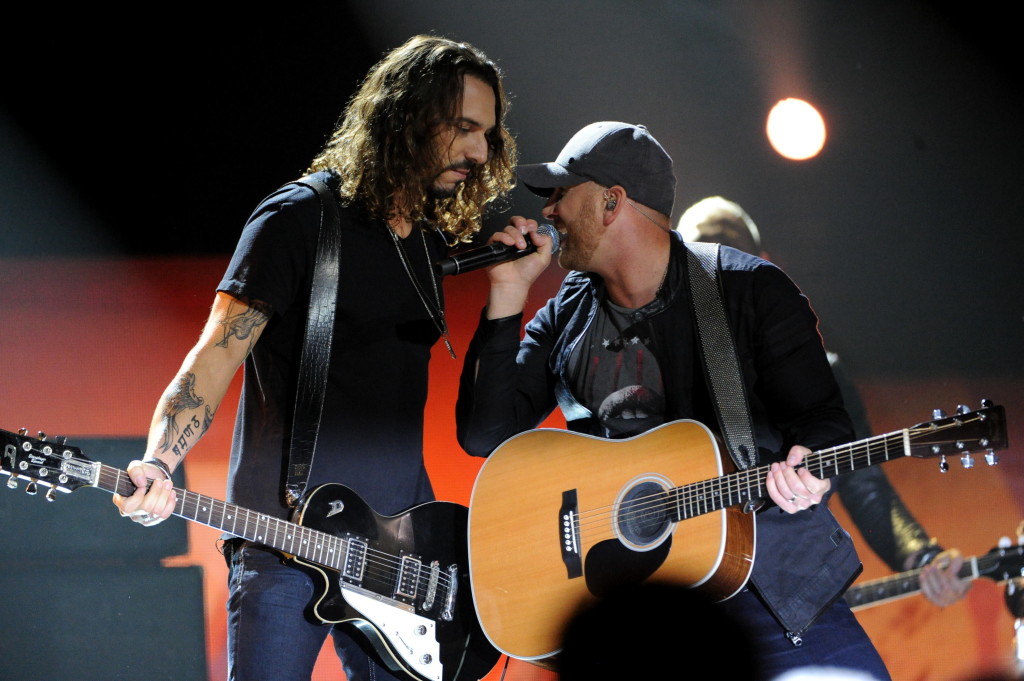 Gord Bamford was the big winner of Single of the Year for his song, “Where A Farm Used To Be”. We were all very happy, sitting back in the media room getting a visit from Gord Bamford, who also previously won Songwriter of the Year, along with many other awards. 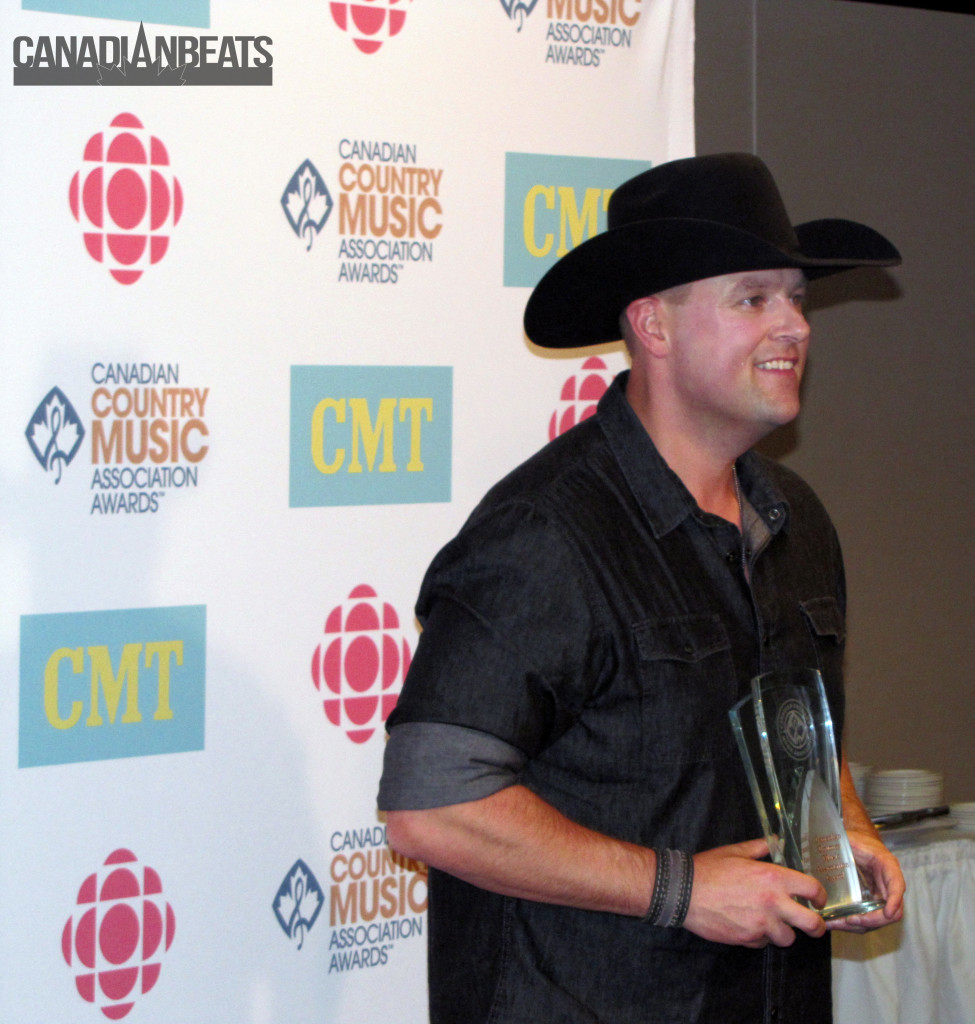 When someone asked how it feels to win big for 3 years in a row, he responded:

Next, 13 time CCMA award winner, Paul Brandt took the stage with a performance of his brand new single, “I’m An Open Road”. It’s easy to see why Paul has been around for so long, and is not going anywhere anytime soon. He’s got immense talent and once Jess Moskaluke joined him on stage everything came together on this amazing song. Their vocals complement each other so perfectly that I couldn’t imagine this song any other way. 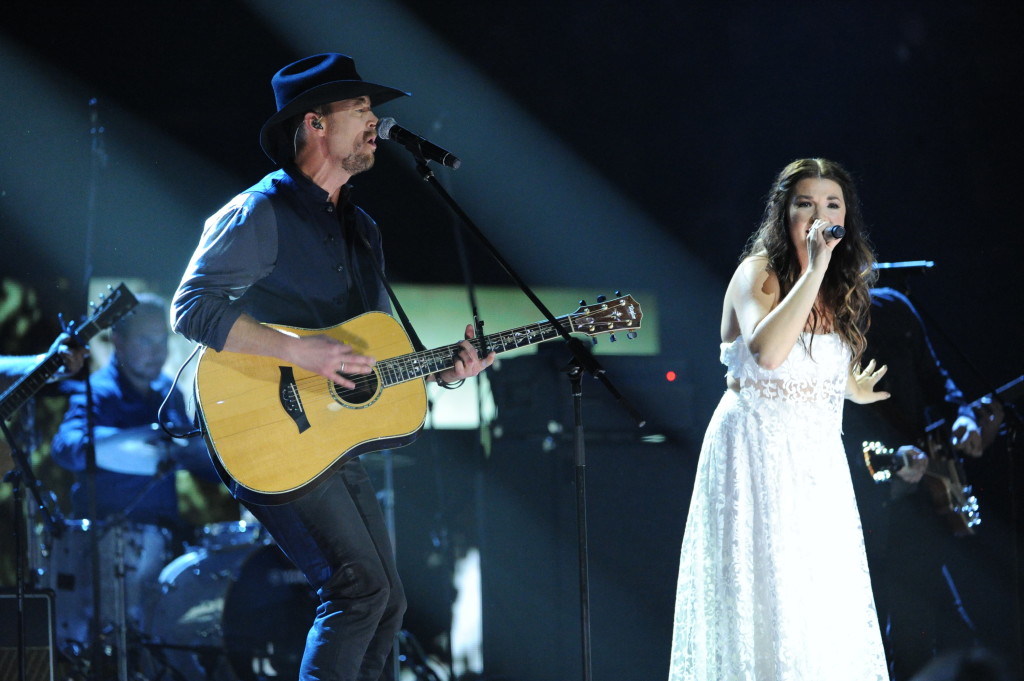 Paul McGuire and Tim Hicks appeared on stage to announce the winner for CMT Video of the Year, which was presented to Dean Brody for Upside Down. I have to say I was over the moon for this news, as it meant Dean would be making an appearance in the media room. 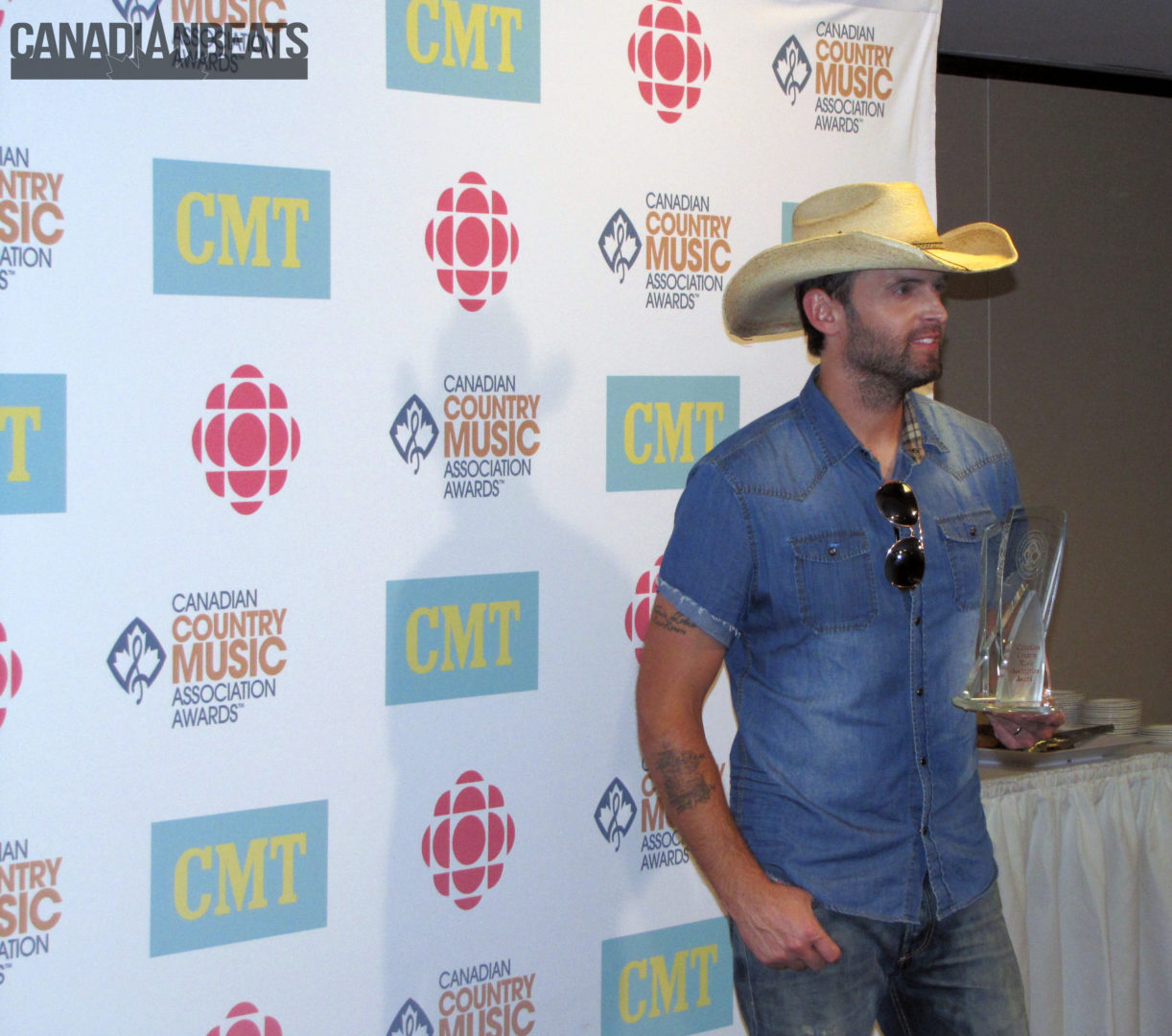 When asked if he envisioned himself where he currently is, his response was great: 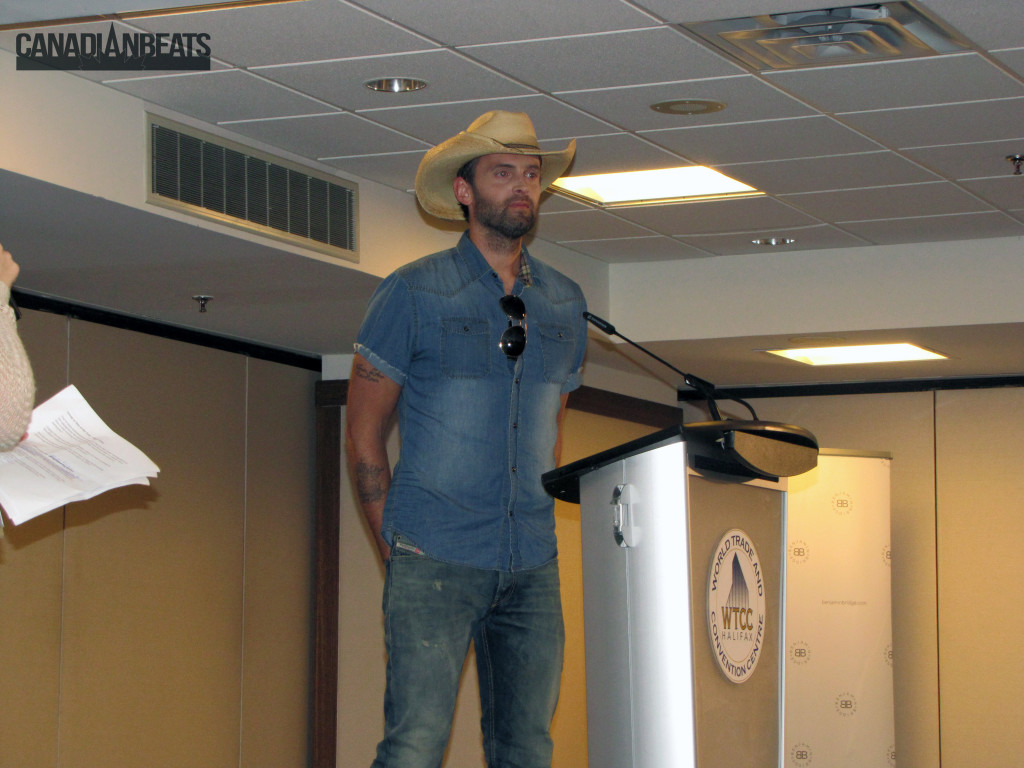 He was also asked if now that he’s living on the East Coast (Halifax, to be exact), his music will have that East Coast flavour, he had a very entertaining answer:

All the ladies in the house were probably like me, awaiting the performance by High Valley, in which they were joined by a couple dancing right on the stage, adding a little something special to their performance. This duo made up of brothers, Curtis & Brad Rempel are nothing short of amazing, and this performance shows why they were nominated for Group or Duo of the Year. 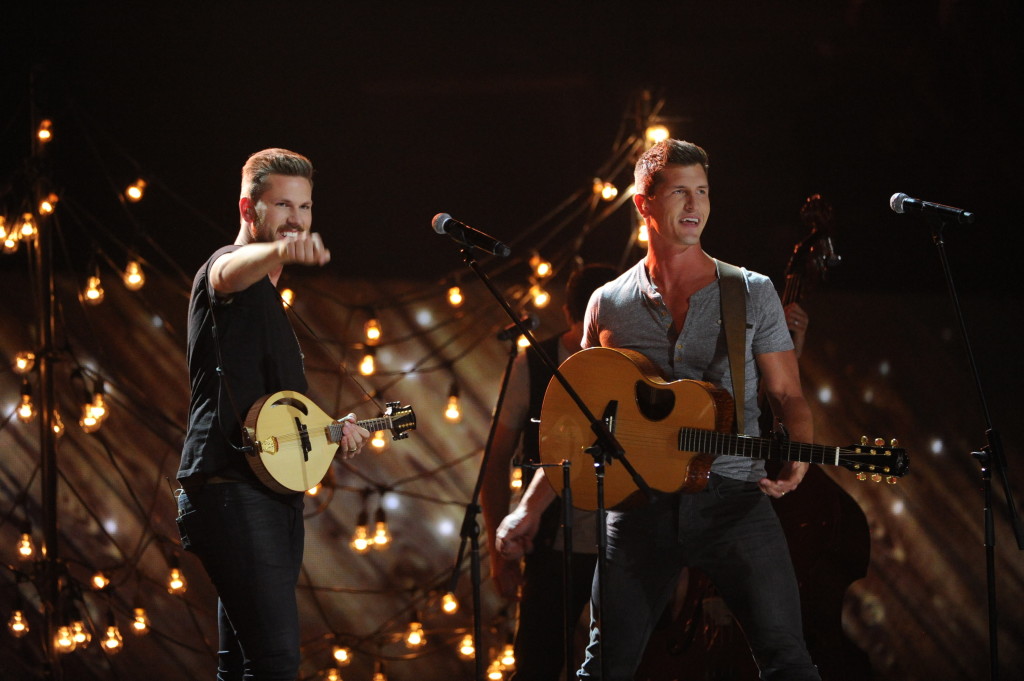 The Rising Star award is one of the most exciting awards, as you are giving credit to a newcomer that is making their way in the music industry, and although all of these artists are amazing, seeing the emotion in Madeline Merlo’s acceptance speech was one of the best moments of the night, and when she came into the media room, the emotions were still flowing. 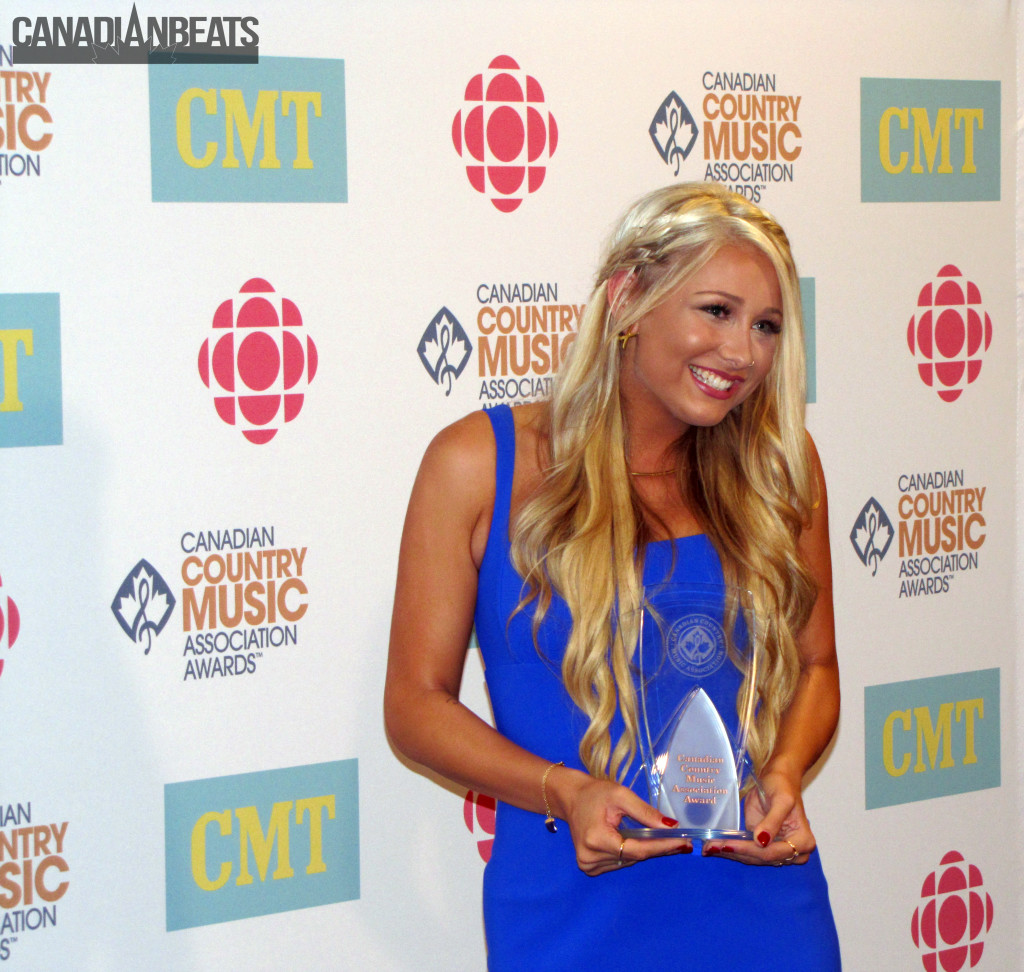 Someone in the media room asked where Madeline wants to be in 5 years, and her answer was as great as it gets:

Dean Brody took the stage with his hit track, “Bring Down The House” and you can see why he’s one of the most popular country artists in Canada. He has pure, raw talent and is a double threat, as he is also a great songwriter. If you’re able to catch him on tour during the #RoadTripTour with Paul Brandt, I would recommend you do. 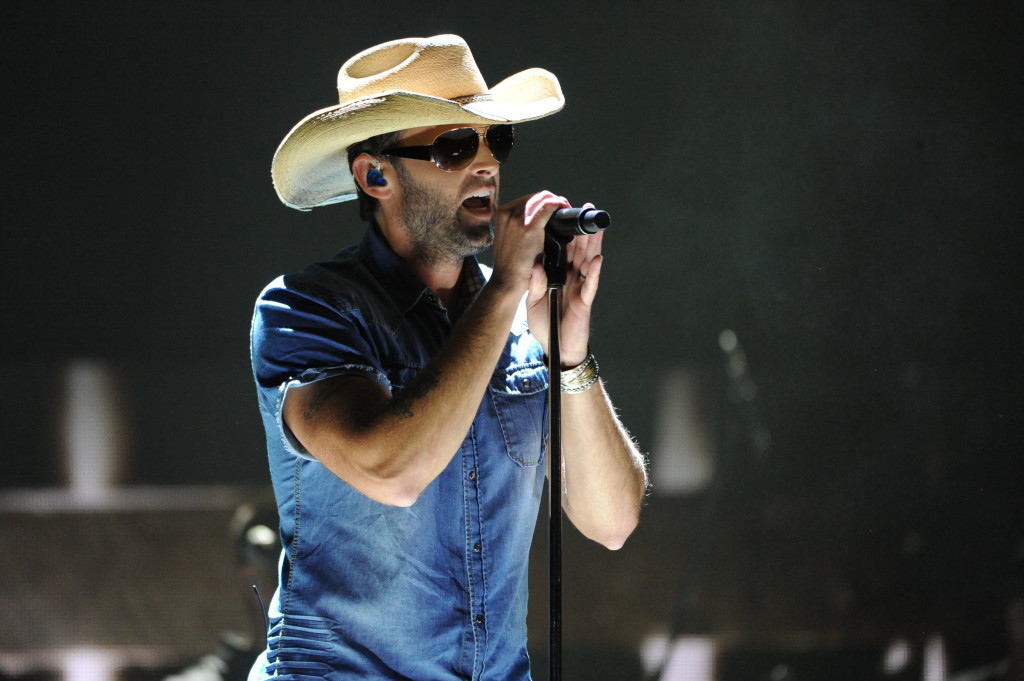 Male Artist of the Year was given to Gord Bamford, making him the artist with most wins so far this year, and the crowd seems stoked about this.

Special guest, Thomas Rhett was next to take the stage, and although we don’t cover non-Canadian artists, I feel the need to say that he put on one hell of a performance! Wow. I can see why everyone was excited to see his performance! 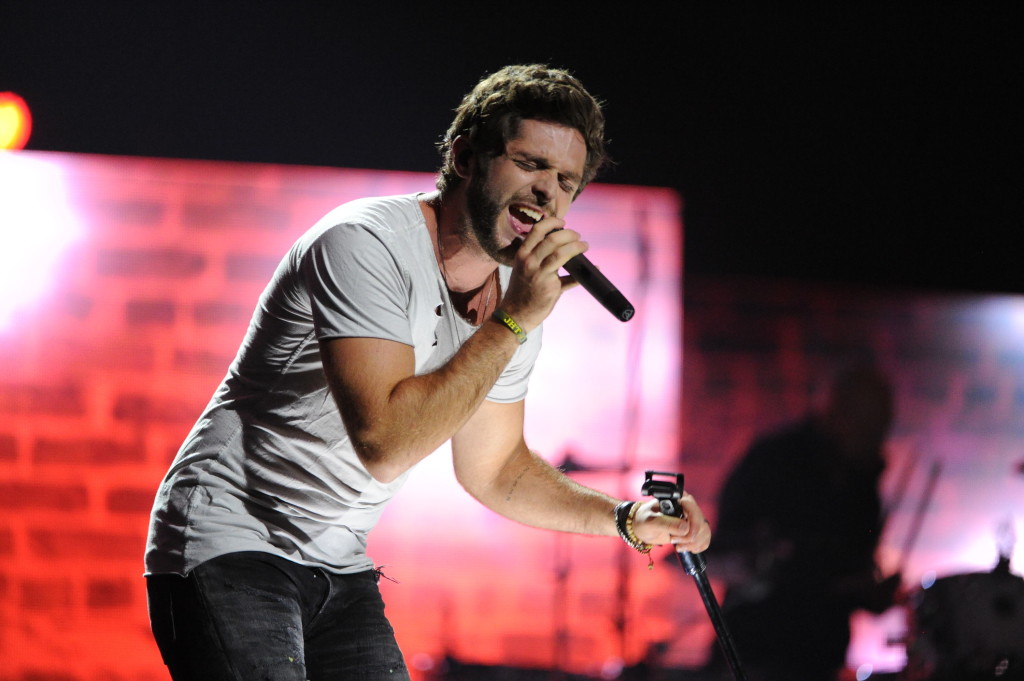 The Rankin Family were next to grace the stage. They were there to present the award for Group or Duo of the Year and the crowd went crazy. The winners were La Crete, AB based duo, High Valley! The duo doesn’t waste any time thanking their wives, among many others. I was completely ecstatic when I realized that Brad & Curtis was about to stop by the media room. 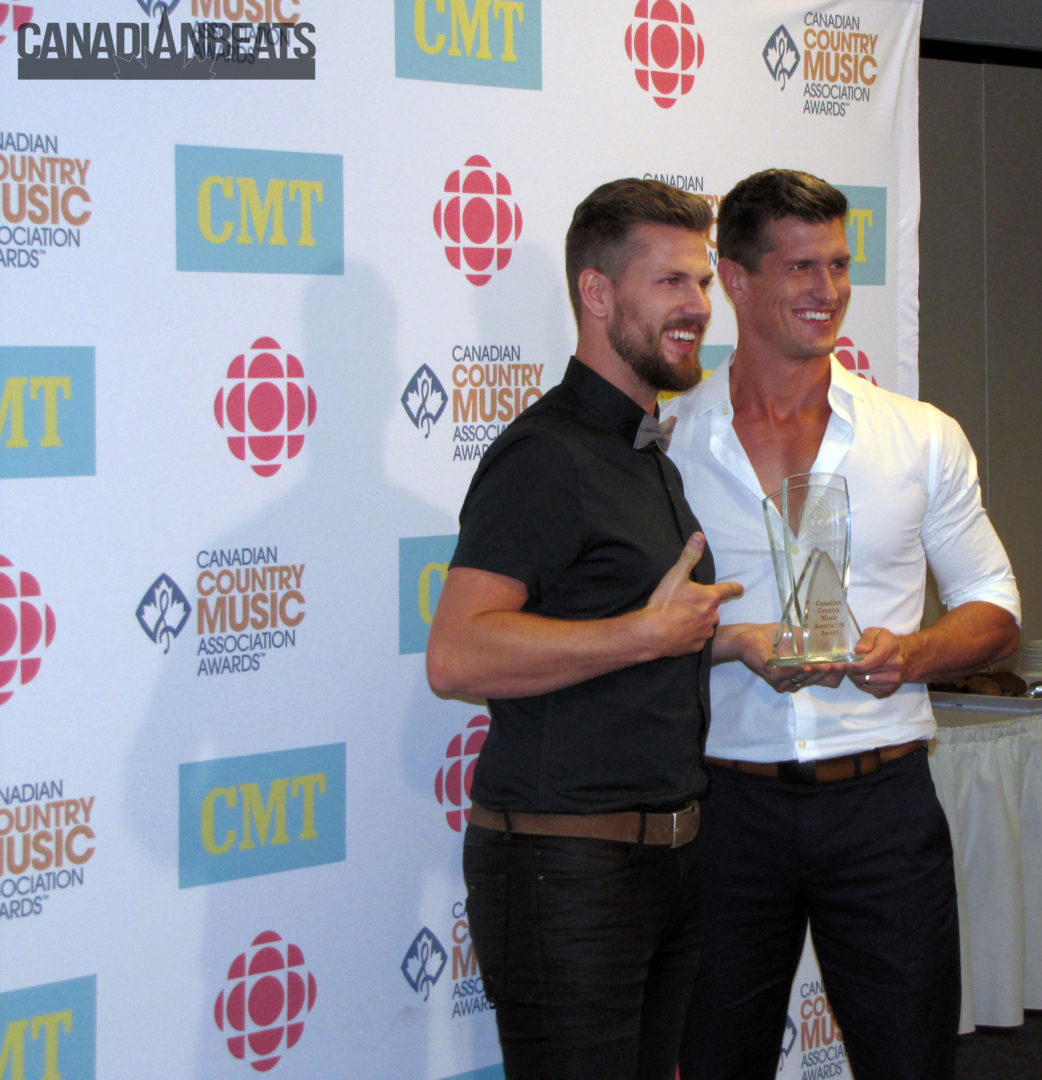 Their response to the question about being nominated for the awards many times was enjoyable, especially knowing that they actually did take their feet off the ground during the Green Carpet.

They were asked about their album, County Line to which the brothers had the perfect response and of course had some amazing things to say about their fans:

Wes Mack makes the crowd go crazy during his performance of “Before You Drive Me Crazy”. This guy has some insane talent, there’s no denying that! 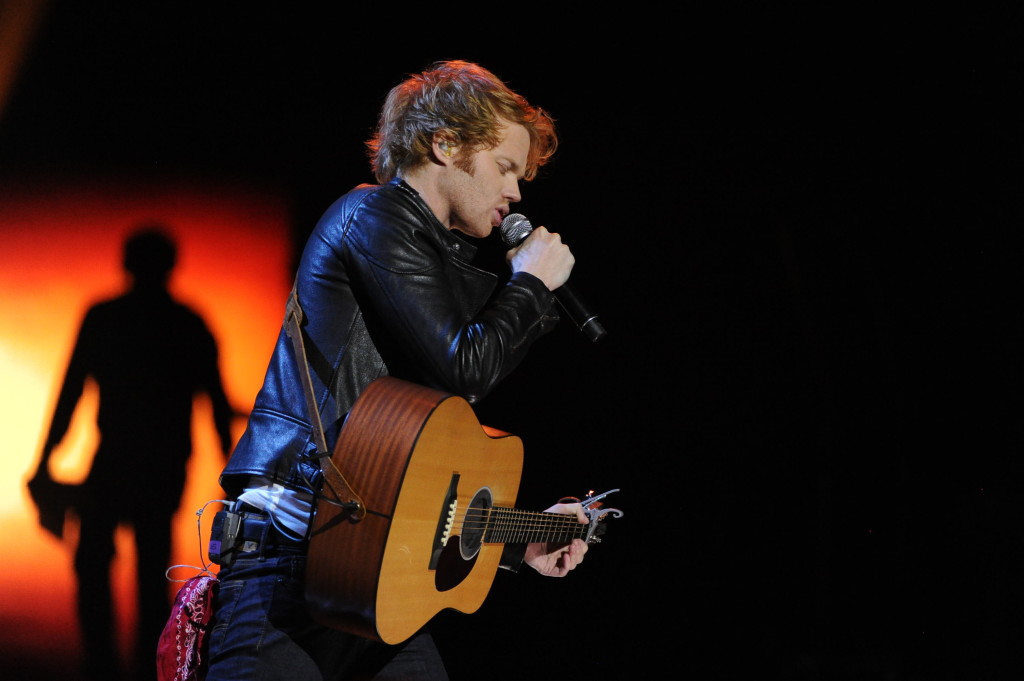 Steven Lee Olsen, who was one of the Rising Star nominees took the stage next, performing his single, “Raised By A Good Time” and although this was the first time watching a live performance of Steven Lee Olsen, it won’t be the last!

Now, a category that many were waiting for, Female Artist of the Year was given to none other than Jess Moskaluke, who won the award last year as well! Jess delivers an amazing speech, thanking the fans and her emotions are genuine and running wild. The excitement in her voice when she entered the media room was apparent and it must have been contagious, because before long, we were all joining in her excitement, especially the Saskatchewan based media. 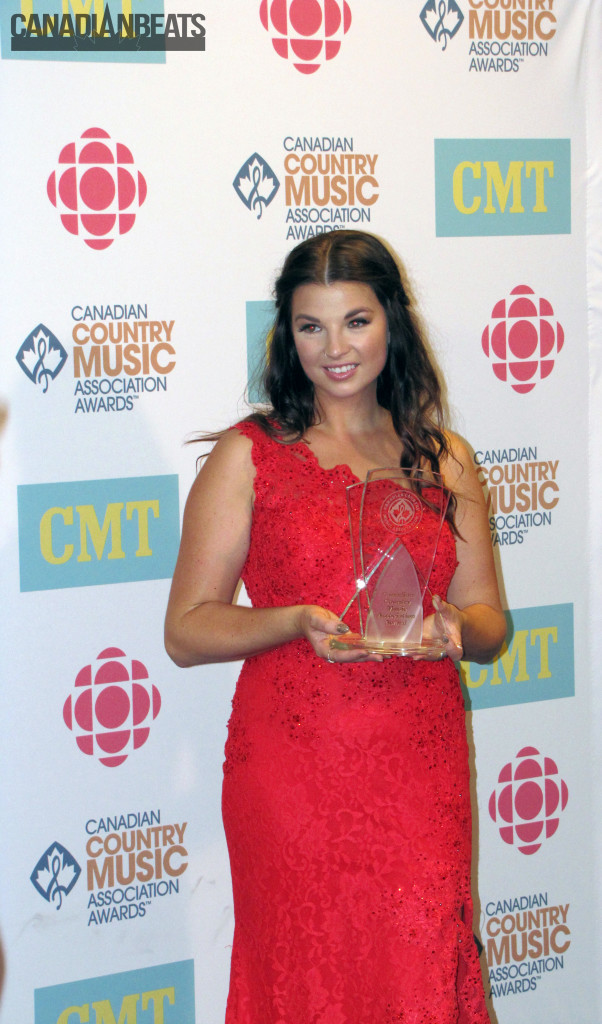 She was enthusiastic talking about how she was feeling about winning “Female Artist of the Year” for the second time:

Jess gave a very humble, down to earth answer when asked what she still has left that she hopes to accomplish:

Gord Bamford then took the stage to premiere his new single, “Don’t Let Her Be Gone”. Gord is one of those country artists that holds on to the roots of classic country, and gives it his all in his live performances, which evoke pure emotion at the heart of it all. 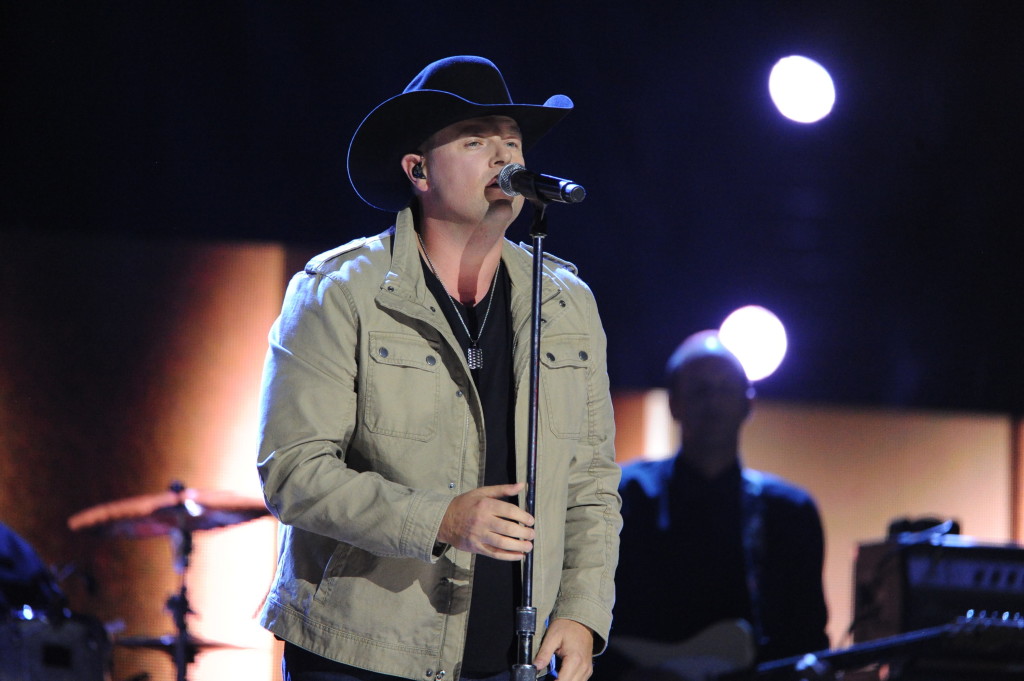 Brett Kissel is next up to perform his single, “Airwaves” from his new album entitled “Pick Me Up”. You suddenly see him standing in the crowd, then moves to the stage and gets into the performance with high energy. I have to admit that I am slightly addicted to Brett Kissel and his new album. Lots of people in the crowd are up and swaying along with the song, I guess there really must be something in the airwaves. It doesn’t take long for Brett to end up back in the crowd, and he actually gives his guitar to a lucky fan, but that’s not all, first he signs it for her! You can easily see why he was the recipient of the Interactive Artist of the Year. He also gets his hat taken by another crowd member, but he quickly decides he needs that back. 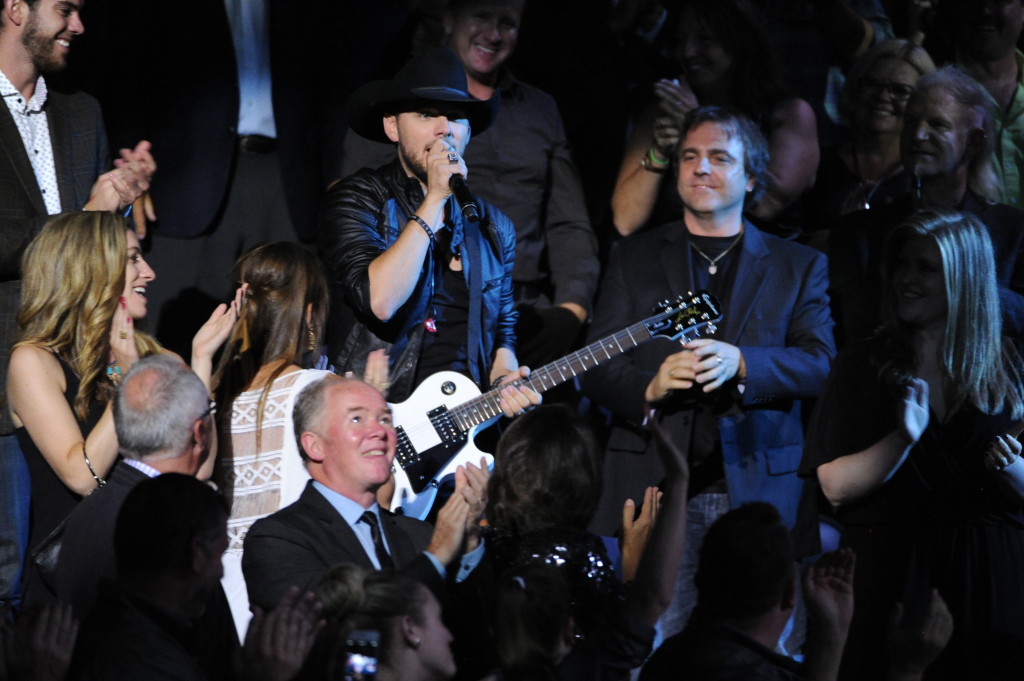 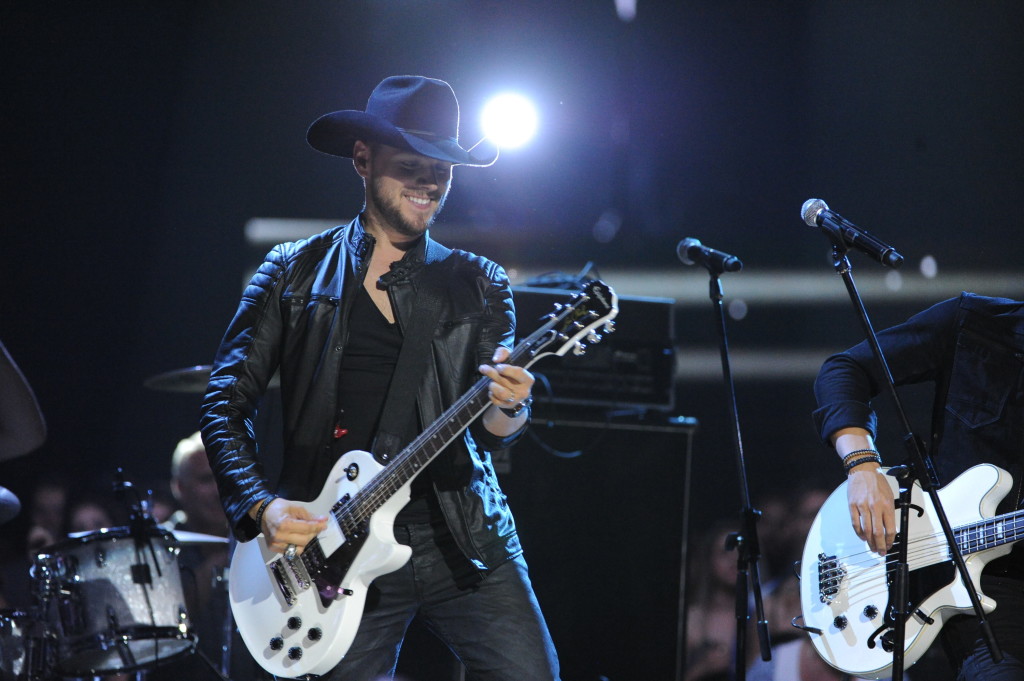 Kira Isabella and MacKenzie Porter are up next, taking the stage together and what comes is an absolutely stellar performance of Kira’s hit single, “Shake It If Ya Got It”. I’m a fan of this song to begin with, but to see them both up there together was even better. These two girls are incredibly talented and I look forward to hearing much more from both of them. It all gets even better when MacKenzie starts playing a sparkly fiddle, can you say multi-talented? Wow! Go girls! 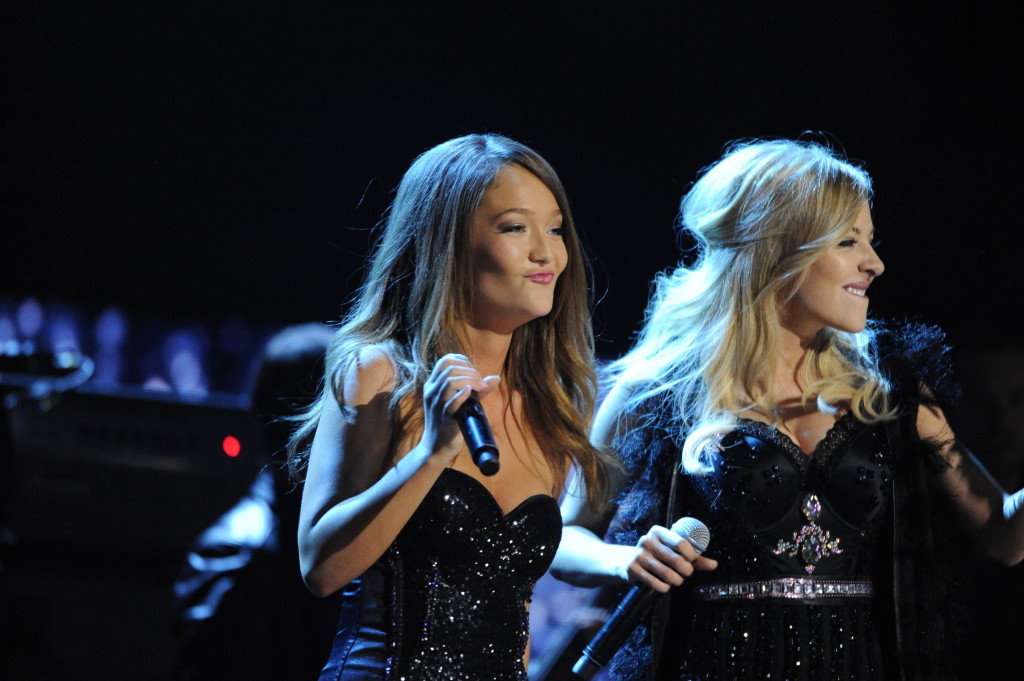 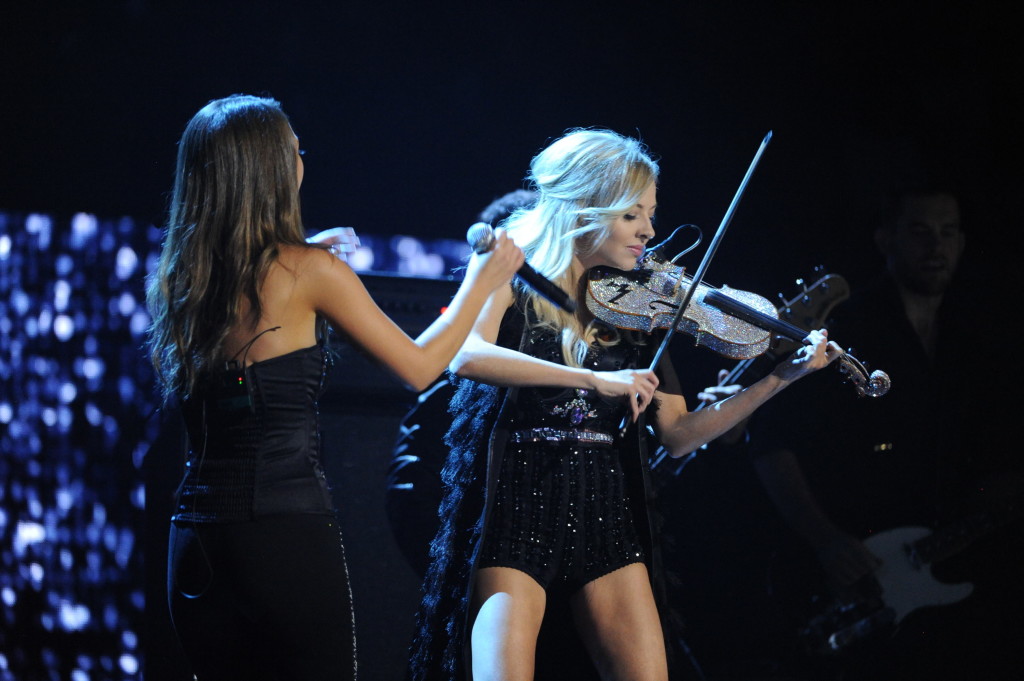 Now, it’s time for the Album of the Year winner, which was 604 Records country star, Dallas Smith. Dallas took the stage with the confession “So I win my first CCMA and I gotta piss so bad”, which of course made everyone in the crowd laugh. Then it doesn’t take long for the speech to take off in a very emotional direction which quickly makes his wife Kristen shed some tears.

Dallas stopped by the media room, after I assume he had his chance to pee…and the joy was spreading through the room for this first time CCMA award winner. 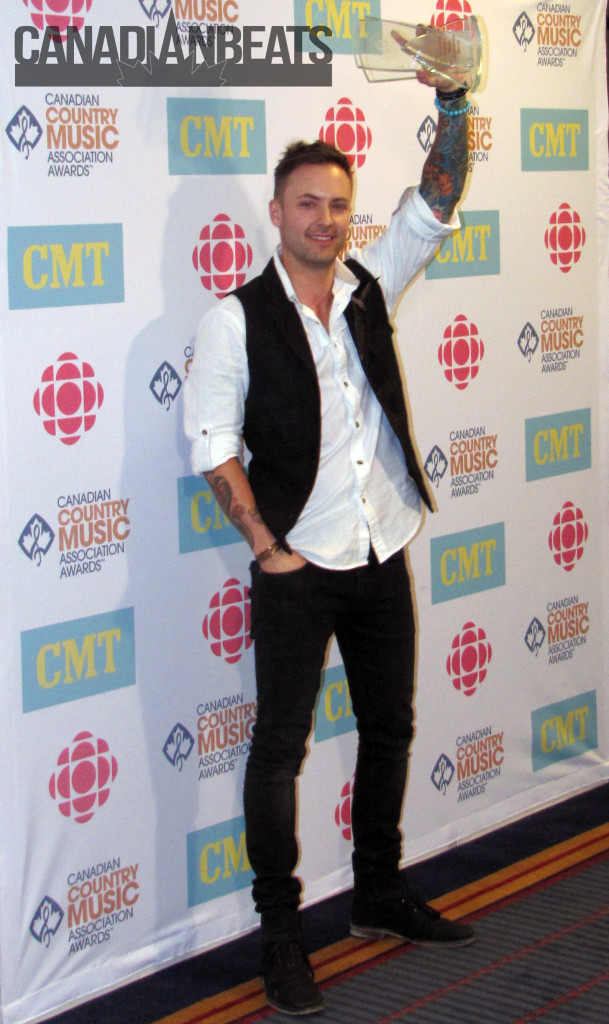 The crowd was full of questions for Dallas, first off, he was asked when we can expect a new album:

Dallas is great to listen to, as he was so full of energy and genuinely excited as he talked about how it felt to perform on the CCMA Awards:

The next performance was an anxiously awaited one from US band, Florida Georgia Line. As I’ve stated before, we don’t usually cover non-Canadian acts but how could we not mention this performance, considering it was one that most of the artists at the awards were looking forward to. The band took it to the next level performing their single, “Anything Goes”. 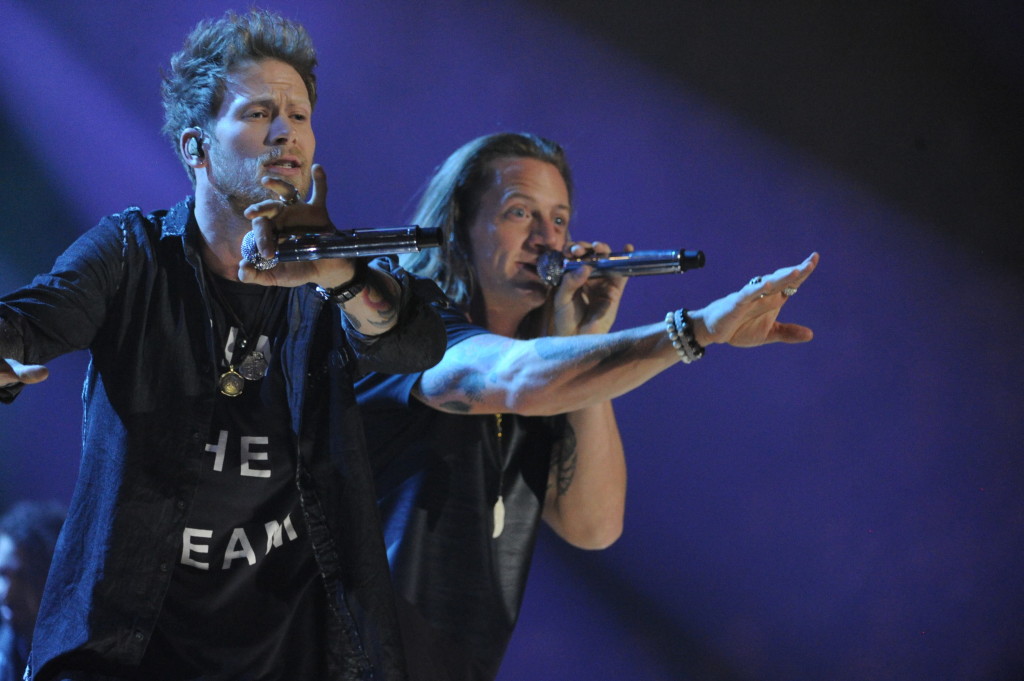 The closing performance was from Fans’ Choice Award winner, Johnny Reid. He performed the title track from his upcoming album, “What Love Is All About” which will be released on November 13.  What an amazing performance, backed by a full choir and overflowing with pure emotion that will pull anyone in and be completely mesmerized by the immense talent overtaking that stage. 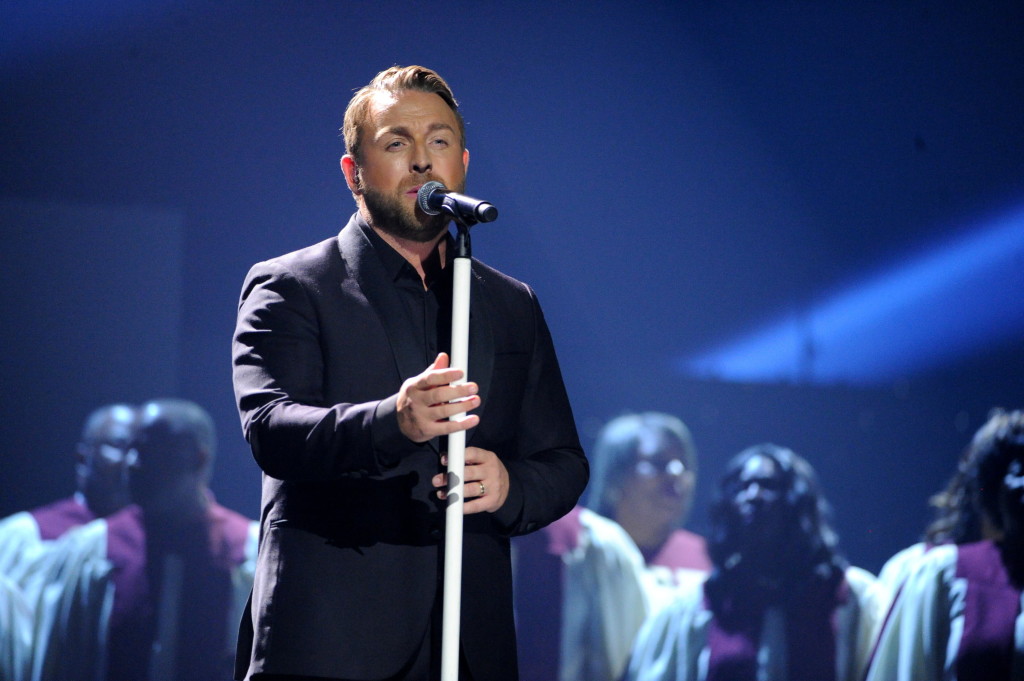 I want to thank everyone involved in making the Canadian Country Music Association Awards possible, and I also want to thank them for allowing Canadian Beats to be there, in the midst of it all. It was an experience that we will not forget, and we hope you all enjoy our Rundown of the Green Carpet, and also this Rundown!

To see all of our Media Room photos, head to our Facebook now!