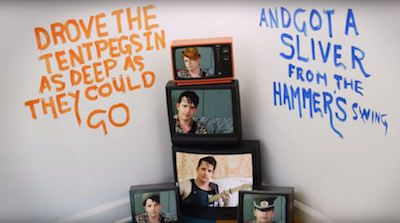 Folk/ Rock singer-songwriter, David Newberry has released a video for his single, “Coyote” which is off of his brand new album, “Replacement Things”. The album was released on September 11, see our review HERE!

Newberry is also currently on tour throughout Canada, which started on September 11 and ends on November 27, check out the full list of upcoming dates: