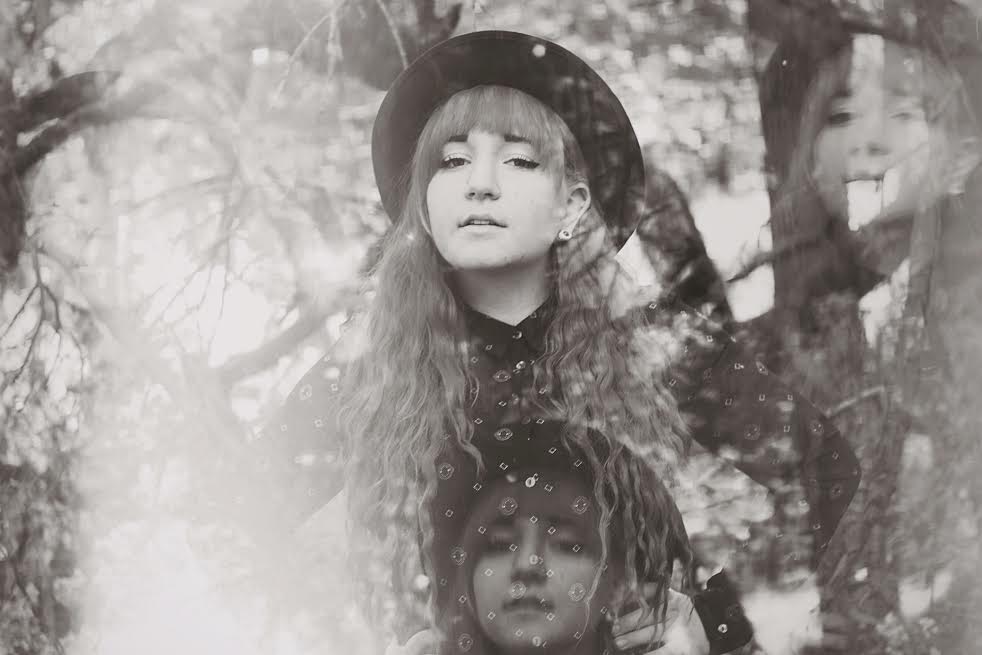 JoJo Worthington is an emerging experimental folk artist based in Waterloo, Ontario. JoJo has recently won the Songwriters Hall of Fame Song Competition and has been performing at festivals through the summer, including the Summerfolk Music and Arts Festival which took place in August. I had the chance to ask JoJo a series of questions about her background, her music and much more, so continue reading to find out more about this up & coming Canadian artist.

How long have you known that you wanted to pursue music?

I can’t say the exact age, but I always knew I wanted to do something significant. Being a musician was something that crossed my mind from time to time, but how that was going to become a reality was beyond me. After I began to write songs (when I was fourteen), the future began to look more tangible and I realized I was ABLE to pursue music.

On Facebook, your genre is listed as “Experimental Folk”, can you explain to us what that means?

Me putting folk music through a bunch of delays and reverb pedals, haha. But actually, I would describe my music as New Millennium Folk, because I don’t really write “traditional folk music”, but I like to collide with that genre. I am trying to make folk music more accessible and sonically more interesting. I try to create an experience on stage that way.

You have won a number of songwriting competitions; can you give us any insight on your songwriting process?

Unfortunately, I don’t write in some cool way, where I have to stand on my head while also eating ONLY green M&Ms. A lyric will come to me throughout the day, then I’ll find a chord progression I like, find a melody and put those lyrics back in. Simple. Sometimes, I can write a song in 20 minutes. Other times, I’ll be stuck on a composition for months, even years till I can find a way to use it. There is no order or stability.

My spirituality is my main inspiration. I like to add Biblical references to my songs so: The Bible and JESUS are big inspirations, haha. Writing lyrics is a weaker strength of mine, so sometimes I’ll listen to a favourite composer like Sufjan Stevens, S.Carey or St. Vincent (weird how they all have ‘S’ names) and pull out things that inspire me from them.

You play the ukulele and guitar, are there any other instruments that you play? Are there any that you would like to learn?

I play a bit of harp and piano, but ukulele, synthesizer and vocals are my main instruments of choice.

I read that you plan to release a full album in the near future, how would you say that your sound has changed since your EP, “SOON”?

I did release a full-length album in January called “7”. I had way more creative control for “7”, so that was a huge difference between albums. I’m planning on working on something new in November, and I think that will represent this “new millennium folk” wave thing I’m trying to create much more effectively.

On top of your EP, you released a Christmas EP; can fans expect any more holiday music to come from you?

Out of all of my albums, that one was the most fun to make! Sufjan Stevens Christmas album “Silver & Gold” (which is 58 glorious songs long) was the main reason why I wanted to make a Christmas album. I think it will always be one of my all time favourites. But for now, I think that’s all the Christmas music for me haha.

You have shared the stage with many great Canadian artists, such as The Great Lake Swimmers, Courage My Love and Ambre McLean, given the chance, who else would you like to share the stage with?

I’d of course love to share a stage with either of my main influences: Sufjan Stevens, S.Carey or St. Vincent.

Working on it! Very sooooooon.

If someone has yet to see you perform live, what would you tell them that they can expect from your live performance?

Short trollish looking girl putting a ukulele and synthesizer through too many effects and looping the crap out of everything.

If you were asked to perform a cover song, which song would you choose?

I think I do a pretty cool cover of Time by Pink Floyd, or anything by Sufjan Stevens.

Uh, some Christian a cappella band in grade 6 probably?

If you were able to travel anywhere in the world to perform, where would you choose?

Once I performed at a men’s prison in England and that was one of the best times of my life. I’d love to return there.

If you were able to write a song for any television show, which would you choose?

If I HAD to write a song for a television show and someone has holding a knife to my neck if I didn’t, I would choose Seinfeld.

Probably nothing. I’m really not that interesting.