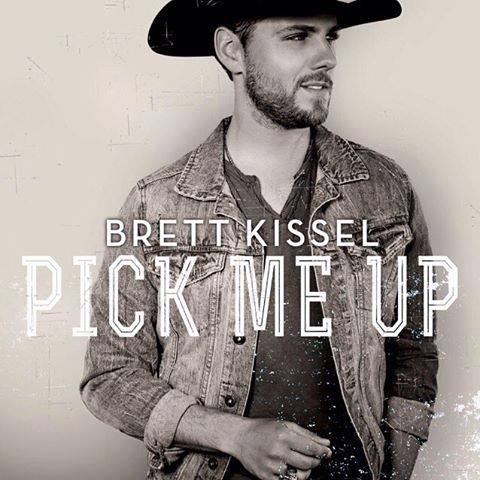 Brett Kissel’s new album, “Pick Me Up” has been one I have been waiting for, and I am sure many others as well. The album is made up of ten songs, including the single, “Airwaves” which I haven’t been able to get out of my head since the first time I heard it.

The album starts strong with the title track, which had me singing along and I personally couldn’t get enough of it. As I will be seeing Brett perform at the Canadian Country Music Association Awards in Halifax in a few short days, I’m hoping he will perform one of these two songs, but no matter what he performs, the crowd will be mesmerized by his vocals and his stage presence.

As the album plays on, I realized each song is as good as the last, and I get more and more excited to see him at the CCMA awards. The fourth song is another that immediately became a favourite, “Feet Back On The Ground” is a special song full of emotion and love about spending some time with his mother and just catching up. I found myself replaying this song over and over, and still not tiring of it.

It’s an absolutely perfect album, that will be played on repeat in my house, so jump on the Brett Kissel band wagon, and also pay attention to Canadian Beats for our Countdown to the CCMA Awards, which will feature Brett tomorrow (September 12).

If you’re still reading this, I have but one question to ask, have you bought the album yet? And if not, what are you waiting for? Do it now.