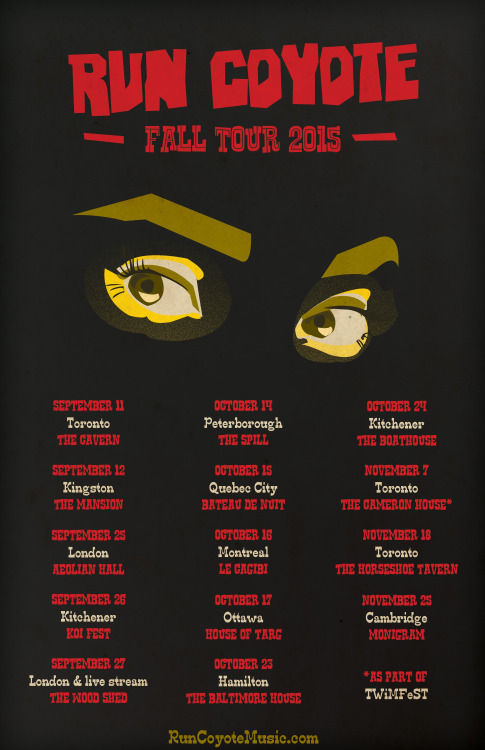 Ontario based band, Run Coyote has released a brand new music video for their single, “Love Like a River”, which has received radio play on CBC Radio One across Ontario.

The song is off of Run Coyote’s debut album, Youth Haunts which was released back in October 2014.

On top of the new video, the band has also announced tour dates throughout Ontario & Quebec: