By Jordyn Armstrong on September 10, 2015@jordynhannah95 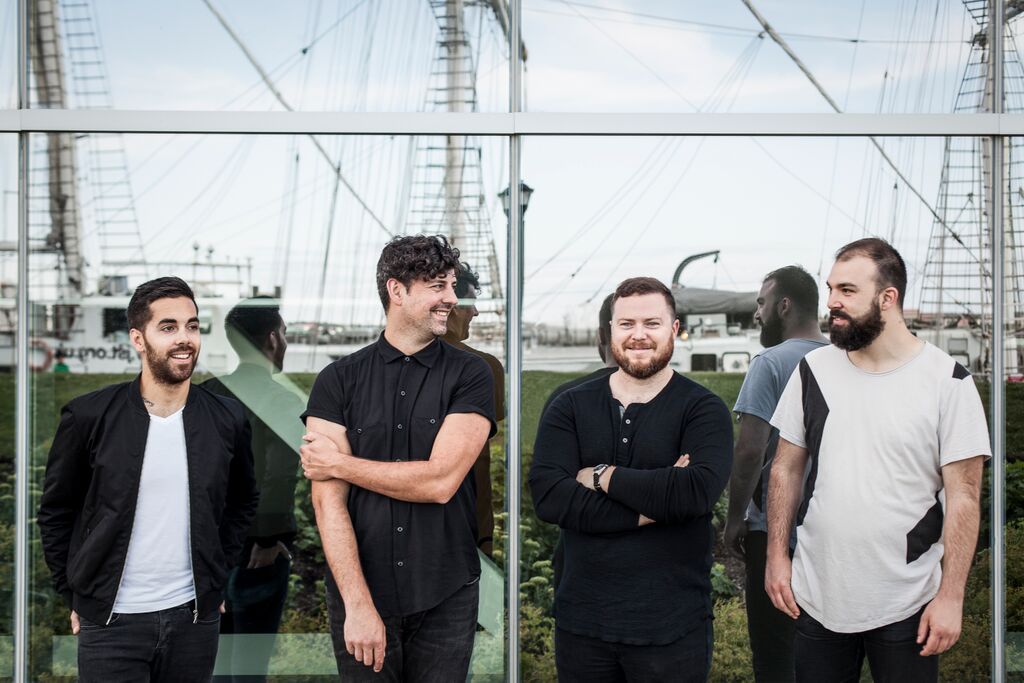 Nova Scotian indie pop rock band, In-Flight safety recently released their newest lyric video for their song, Stockholm, from their 2014 album, Conversationalist. John Mullane and Glen Nicholson make up the band, along with some of their friends. In-Flight Safety is signed to record labels in Canada, the US and the UK. They are starting their fall tour on September 9th in Toronto. Do you want to learn more about this amazing band? If so, check out this interview!

How has the response been for Stockholm so far?

The response has be really great! While touring this past year we realized that people were really responding to Stockholm and it became an obvious choice as 2nd single. We don’’t typically have a lot of traditional singles on our records so it’’s always nice when you find out people are really moved by a specific song.

Have you been working on more new music?

We have a few new things cooked up. We are working on a cover of an IFS song with a fan singing, a couple of acoustic tracks and a b-side we have kicking around. I am also constantly working on music for my composing job, unfortunately just not the new IFS record yet.

We have been on tour so much off and on this past year, that all the down time has been pretty much working our other jobs and recovering from tours. The more you work in music, the harder it is to work on actual music. You get burned out promoting so much that you just need to watch Walking Dead Season 5 for 3 days to come back into a head space where you can actually work on music.

We have a few more shows booked – including one hometown show on Nov 13 – and we plan to continue to work on some new music in the downtime. I am organizing the Hailfax concert for the #imagineOct20 campaign started by my friend Dan Mangan. That will happen at the end of September.

I am also working on a horror film score later this year or early 2016 so I am excited about that too. Glen is working on architectural stuff all the time when we are off tour. Busy boys.

What can fans expect from your fall tour?

This is the best time to see us because we’’ve worked out the kinks from the show over the past year. Now it’’s just fun times and making connections with people standing in front of the stage. We play mostly new stuff but are throwing in some hits from the last records.

Do you plan on adding any more dates/places on the tour later on?

This is just a short tour to come visit Ontario because we owe them some more shows!

Where would you like to play if you had the chance?

Would love the chance to play in South America. Our song Animals has been getting a lot of airplay in Peru and we are looking into a way to perhaps play over there!

You had a song, Caution Horses, played on the show Rookie Blue. Can you explain what that feeling was like?

It’’s amazing to have your song paired with TV or Film. It gives the song a new life and new context. It kind of becomes something new. I am always thrilled when we get a song on TV .– I am also a huge fan of TV so it excites me to my core.

Were you fans of the show previous to them playing it?

Yes because we had some songs from our last record in the show. I got to know the characters.

Do you feel your song connected to the show well?

Absolutely. I love what David Hayman (music supervisor) does with our music.

What was the process like getting signed in three countries?

It was, contrary to what most people think, a very long process that involved lots of touring and showcasing. We visited those two foreign countries a few times before we got signed. The USA and UK.

The political rally we are organizing for #imagine Oct20 is next. Excited to announce our performers soon.

As a Canadian Beats tradition, we like to ask the band a few fun questions. So here we go:

Knowing the dynamic of the band now, do you find In-Flight Safety a fitting name? If not what would you change it to?

Good question. I think it fits. The band name becomes normalized over time. At the end of the day it’’s just a name.

What would be your dream tour lineup, in addition of you?

If you could describe each other in three words or less, what would they be?

IFS: Thanks for listening, friends!