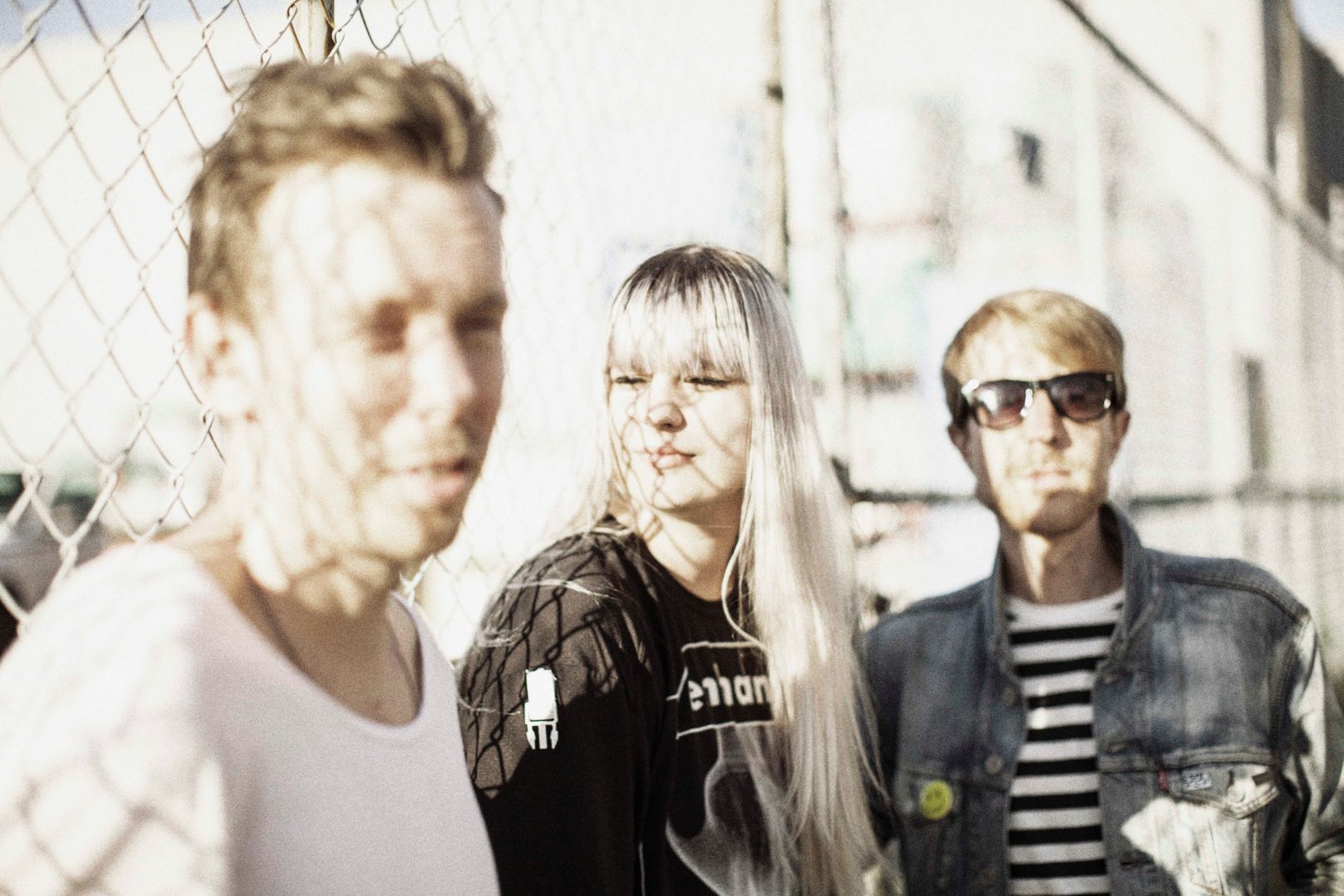 Gang Signs are a cinematic new wave trio based out of Vancouver, BC. They are set to release their debut full length album, Geist, on October 2nd and have recently released the first single and video from the album for the track Mate. Keep reading if you want to know more about Gang Signs.

People call me Pete most of the time and I’m in a band called Gang Signs with Adam on drums and Matea on the samplers. Matea and I share vocals. We do a mix of New wave, R&B, electronic and house.

Geist is your first full length release, can you tell us a bit about the writing and recording process?

I wrote almost everything within a week except for some older tracks that we wanted to re record and release. The old EP was all done in my bedroom and was pretty LoFi, for Geist, we wanted to try a different approach, something that would sound good in a club. Hayz Fisher who usually records loud rock/metal bands produced the album and we feel like he achieved the goal. Thanks Hayz.

What was the concept behind the music video for Mate and how did you come up with it?

The new Jai Paul album came out when I was writing Geist (2 years ago), I was trying to do something like him and instead Mate materialized. I find you can hear Jai in the intro guitar riff but that’s about it. The song is about lying to yourself thinking you don’t need to help a friend until it’s too late. Shit, I’m really not that dark, I swear.

The album is meant to flow together as whole, is there a specific reasoning behind this?

I first heard Deftones do it on their first or second album when I was 16 or so, I thought “What a great idea!”. It just pieces the tracks together, builds a narrative. The album becomes a novel and not a bunch of short stories put together.

Do you have any plans for touring? Where would you be most excited to visit?

Yeah, of course! We’ve been rehearsing lots and pretty stoked about getting back on the road. I’d love for Gang Signs to play in the east of Canada and the states but I think we are most excited about visiting and playing Europe. Actually, Asia would be killer and Russia and Australia. You know what anywhere is good, I’m excited about it all.

What songs from Geist do you think will get the best reaction from fans?

That’s a hard one. Sometimes the tracks you love, that you think is the best one, no one else really connects with it. But I think “Mate” is my favourite but “Tonight” will definitely be a crowd favourite and “So Long” will be a favourite amongst the more indie crowd. But then again, I might be totally wrong.

When we played Rifflandia in Victoria BC, two years ago, we were carrying all our gear and couldn’t get any taxi whatsoever. I went in the middle of the street and aimed my thumb high. This Van just pulls over and says “Gang Signs? Just saw you guys, you were great, come on in.” I think he said we were great, not sure if that part is true but that’s how I like to remember it. Anyways, he got the whole band in the van and drove us back to his place, got some drinks then drove us to where we were staying and then we sadly never saw him again.