By Cassandra Popescu on September 3, 2015 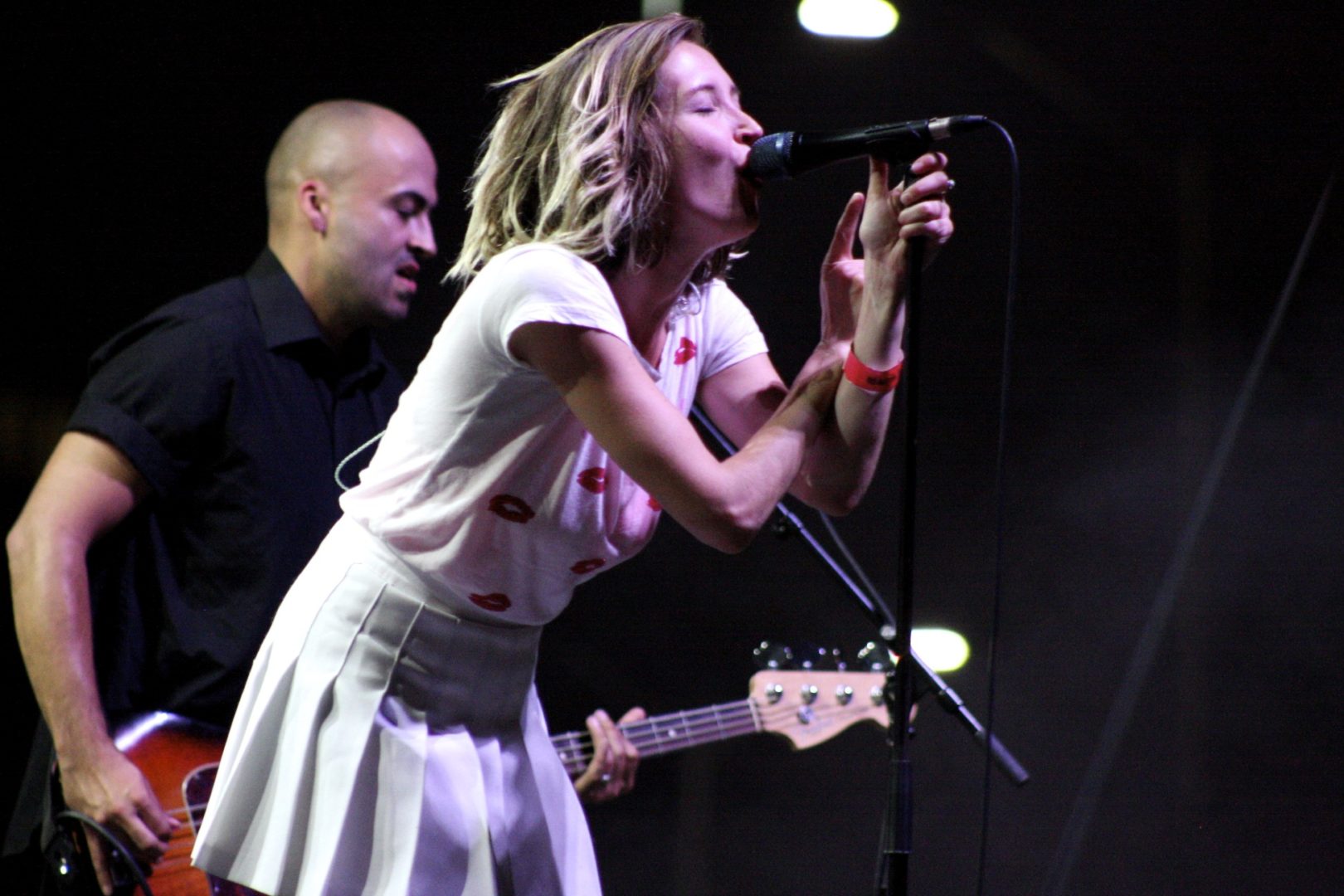 Who: July Talk & Kyle Fraser
When: August 29th, 2015
Where: Mississauga Celebration Square, ON

Mississauga’s city centre was packed and bustling with excited fans on Saturday night, who were patiently waiting for July Talk to take the stage at the end of Mississauga’s SoundBites festival featuring a large array of food trucks offering up tasty treats and performances by Kyle Fraser, Junia T, and K.ID.

Kyle Fraser kicked off the night with a mellow set full of feel good tunes, skillful guitar playing, and velvety smooth vocals that echoed throughout the whole outdoor space. Performing mainly acoustic music and with a talent for creative guitar riffs, Kyle Fraser’s performance certainly did not disappoint and was the perfect opener to set a positive tone for the rest of the night. 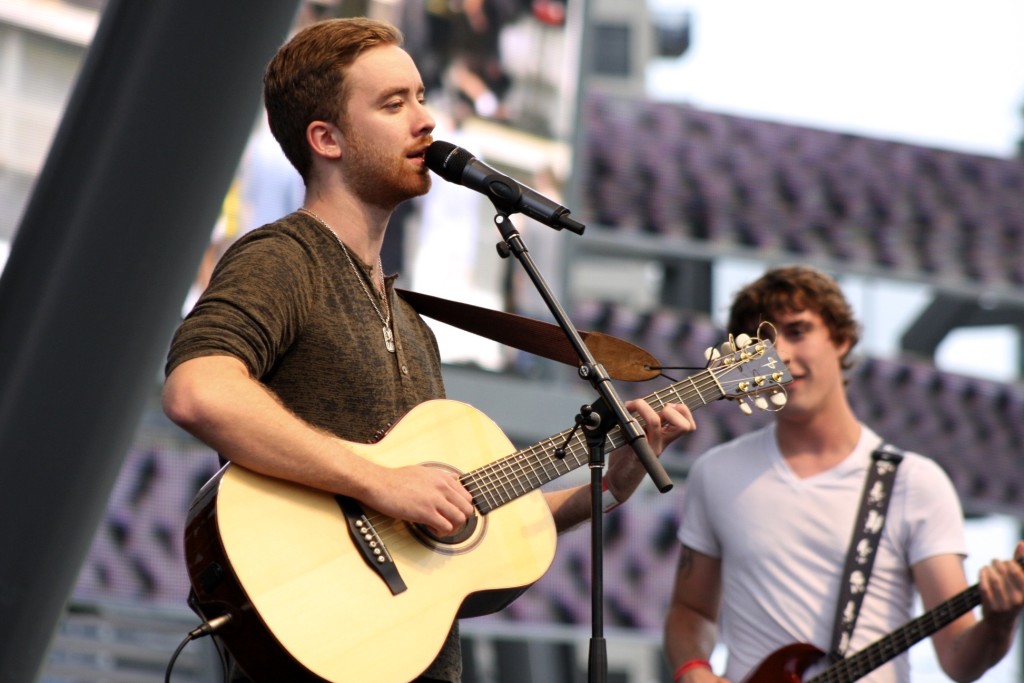 When it was finally time for July Talk to begin, a large crowd full of devoted fans had formed around the stage, and let out loud cheers of excitement as the band appeared on stage to play their opening number Blood and Honey. 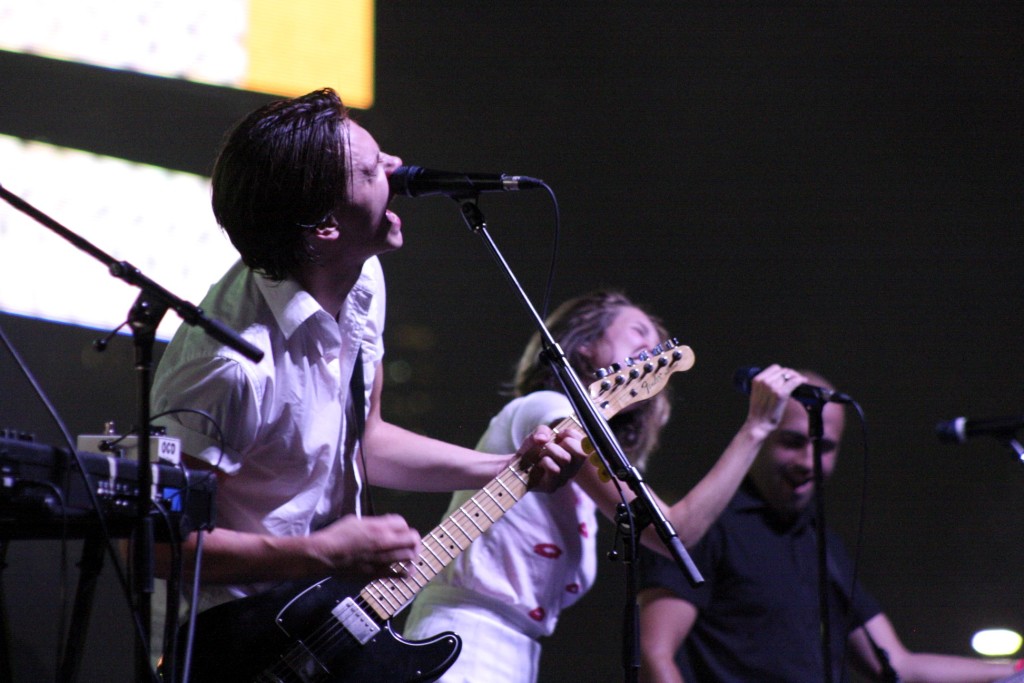 When I first saw July Talk at Wayhome Music and Arts Festival, they absolutely blew my mind and their set at Celebration Square was no different. While sometimes bands lose their essence between performances, I was glad to see that July Talk kept the energy and on-stage chemistry up throughout their whole set and never let it go.

The on-stage antics between lead singers Peter Dreimanis and Leah Fay are what make watching July Talk live so exciting. The two create a unique sound for the band, as Dreimanis’ gritty vocals contrast with Fay’s light and delicate tone; their stage presence is no exception. Fay’s graceful strolls and flirtatious dances moves around the stage in contrast to Dremanis’ erratic, energetic movements offer a delicate interplay between the two, and create an attention grabbing show. 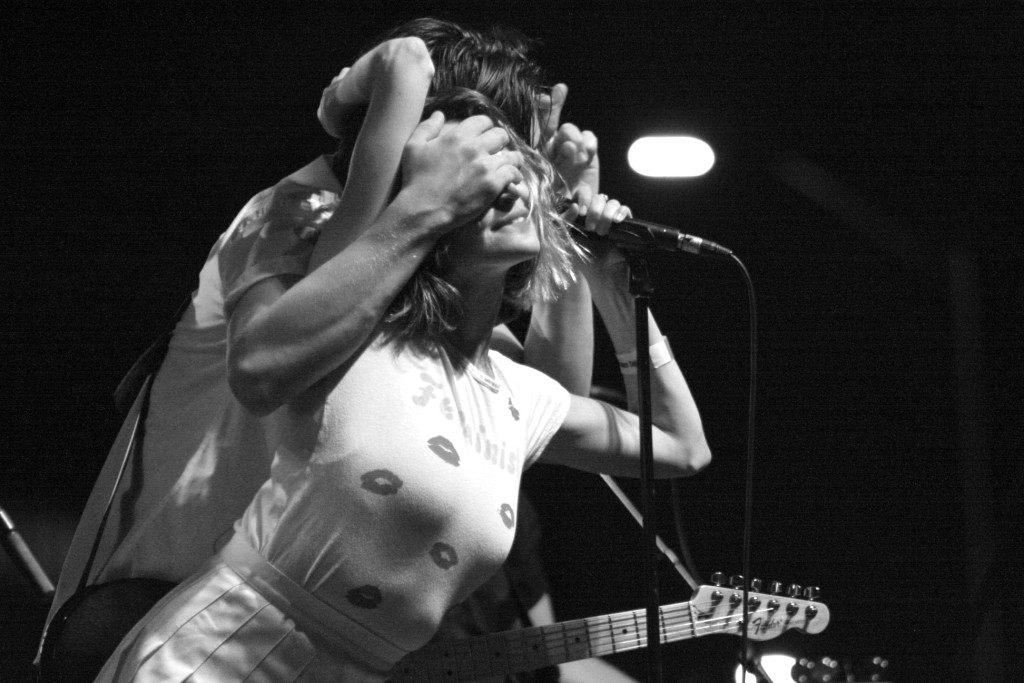 The band’s engagement with the crowd kept the excitement up throughout the whole set as Fay jumped around the stage, and occasionally moved into the crowd to sing with their fans. Despite all their shenanigans on stage, the whole band put on a show with a high level of professionalism, not once missing a beat or a note. 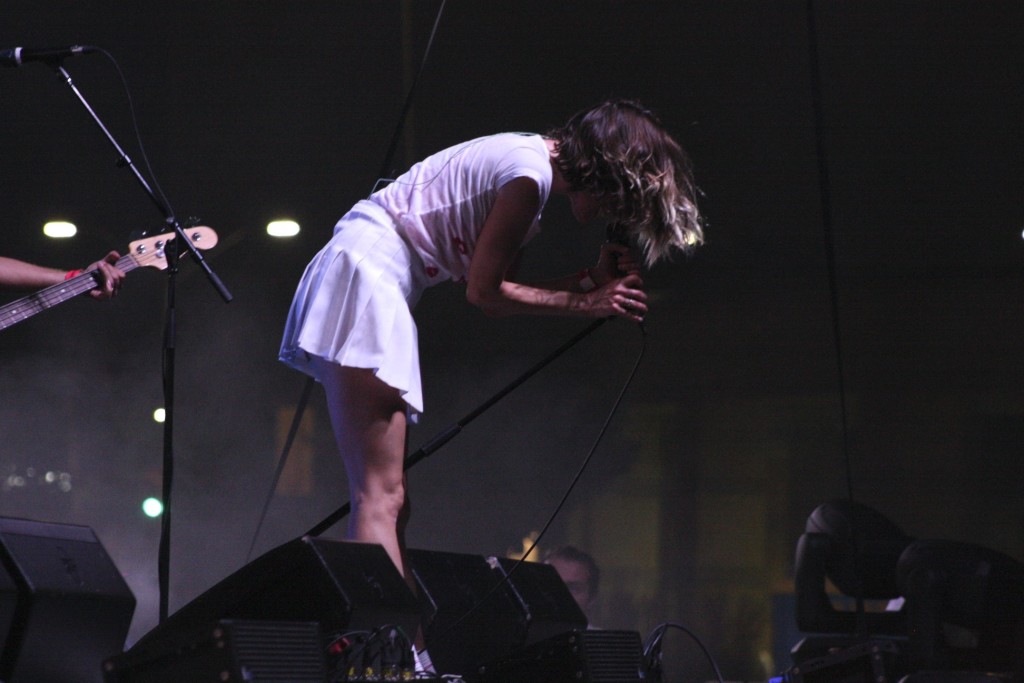 July Talk’s set list was packed with some rad tunes, and an amazing performance that made the music even better. The band played some of my personal favourites such as Gentleman and Paper Girl, as well as their hit Guns and Ammunition, which really brought the crowd together as no one could resist “hoo-hoo-hoo”-ing along to the song’s infectious melody. They really got the crowd involved during Garden and Paper Girl by urging their fans to sing along, and the sound of the crowd excitedly chanting the lyrics took over. During I’ve Rationed Well, a short and minimalistic slow number, the band stopped in the middle of the song for an extended pause that created an air of excitement and suspense that had the audience’s cheers getting louder with every second that passed. 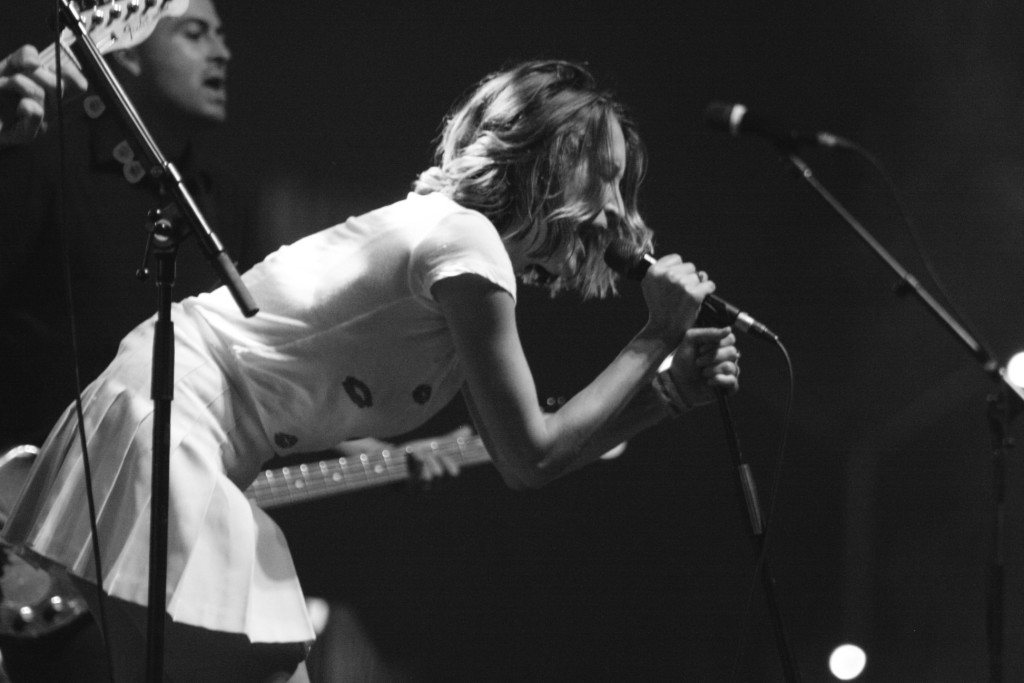 The band also performed two new songs, The Night and Picturing Love which proved that there is more great music in store for July Talk fans.