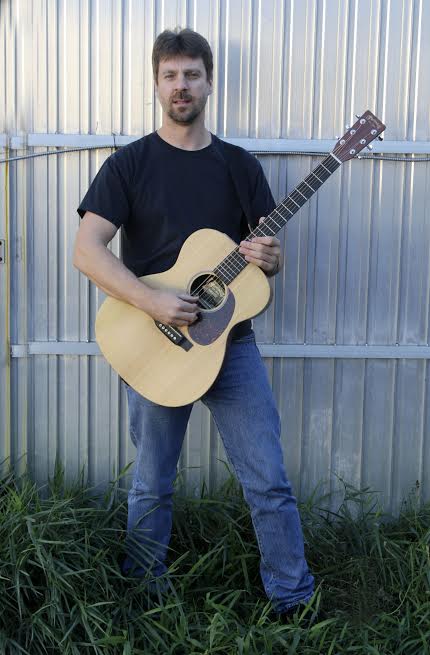 Troy Toma was born and raised in Langley, BC, then in his early teens he moved with his family to California, where he picked up his first guitar. A few years later, Troy returned to Langley, where he continued to band in a few local bands, and also studied classical guitar, and later became the owner and operator of Cadence School of Music in Langley, BC.

We were given the chance to ask Troy a series of questions about his background, his music and much more, so continue reading to find out more about Troy Toma.

You have been pursuing music for years, but when did you first realize you wanted to take it to the next level?

When I decided to go to school I studied classical guitar for the first time in university. Id been playing for about 8 years prior to going but at university is where I decided i wanted to pursue it as a career.

You lived in California for a part of your life before returning to Langley BC, how would you say the music scenes differ between the two places?

Every Household has an acoustic guitar like a piece of furniture.  It’s just a natural thing down there for that.  Everybody plays a little bit.  Also the population is much greater, so there is a little more energy there about the music. And a lot more people are doing it and it is more vibrant. Music is just a strong part of the culture in California.

I don’t know where my inspiration comes from when it comes to writing.  I try to draw from personal experiences.  That way I feel a bit more connected to the song, but not all the time.  For instance, I wrote a song about Elvis not too long ago called “Keep it Real”.   I try to find things outside the box.

You took your love of music to another level when you became owner/ operator of Cadence School of Music in Langley, BC, how has this experience shaped you as a musician?

Teaching music is one to the biggest learning tools I could ever have.  When I teach, I always have to go out of my way to learn things that the student wants to learn that I wouldn’t normally do.  It also helps me evaluate theory and things like that so the student can understand it as well as be inspired by it.

You have been playing acoustic cover songs, what made you take this route?

Well I’ve been playing guitar for a long time, but when I started singing, it just felt natural and comfortable and took its own course.

What is your all-time favourite song to cover?

Wow, big question.  I would have to say the Acoustic version of Layla by Eric Clapton.  It’s got everything in it, a Solo, the works.   But I am also a big fan of BB King, Buddy Guy and all the great Blues players.  I also listen to a lot of John Mayer. I am a huge fan of his stuff so I do love the blues even though his stuff isn’t directly blues related he has a lot of blues elements with the pop mixture.

What can you tell us about your new album, “Beach and Guitar”?

Beach and Guitar is my 2nd studio recording.  My first one, Present Freedom was a lot heavier.  Beach and guitar is much more acoustically based with only one electric guitar song on it.  I wanted something that I was more passionate about playing live.  I love the Eagles, the Beatles and bands like that with a strong sense of melody.  Songs that are very singable and can reach a wide variety of audiences.

When can fans expect tour dates to be released?

I am working on my next record that will have that same feel; acoustic, singable, but with a couple of heavy blues in the mix as well.   I want to get into the studio in the next couple of months to record that and then start doing some gigs hopefully early 2016.

If someone has yet to see you perform live, how would you explain what they should be expecting?

My live shows have a lot of musical diversity.  Definitely the acoustics songs are in there with some Blues.  There is a real mixture of covers plus the originals from Beach and Guitar as well as some stuff from the album I’m working on right now.   We always end with something really rocking, end with a bang.  I like to give something the audience can feel and experiences with a high level of musicianship.

Billy Talent, Carly Rae Jepsen and , up and coming, the Katherines.

Roller Blading along the Seawall in Vancouver, hanging out at the beach in White Rock.   This is such a beautiful place, it’s hard to not want to just hang out outside.

What is your all-time favourite movie soundtrack?

If you were able to write a song for any television show, which would you choose? Why?

I don’t watch television to be honest with you, we don’t even subscribe to cable.   But If I were to write for a show it would have been Sons of Anarchy.  It has such an edge to it but with some very real emotions attached.

What is the last concert that you attended as a fan?

Black Label Society at the Commodore in Vancouver.

If you were able to put together a festival lineup, which other Canadian bands/ artists would you want to share the stage with?

Keep your dreams alive and Don’t ever give up.