Toronto, ON based folk-rock artist, The Autumn Portrait is making a new full length album, and working with Indiegogo to raise the funds in order to mix, master and manufacture it. We had the chance to ask a series of questions about the Indiegogo page, the album and more! Check out his Indiegogo page: https://www.indiegogo.com/projects/the-autumn-portrait-new-album-on-indiegogo#/story 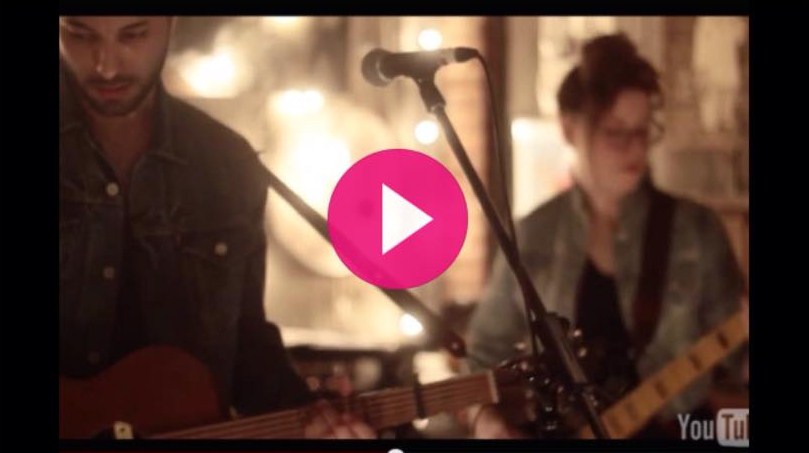 First off, for readers who are unaware of who you are, can you tell us a bit about The Autumn Portrait?

My name is Freddie Mojallal, a singer/songwriter based in Toronto, Canada and I perform under the moniker The Autumn Portrait, usually as a 5 piece band when we play live. I love connecting with audiences through sincere and honest song writing.

You are working on your upcoming album, what can you tell us about the album?

I can tell you that the new songs are the best ones I’ve ever written. I’m extremely excited to get in the studio with my producer Derek Downham (Serena Ryder, Kevin Drew) and engineer John Critchley (Elliot Brood, Dan Mangan)! I’m lucky to have a such a great team on board!

You are working with Indiegogo to raise funds to create the album, what made you choose this route?

It’s a great way to connect with the fans and get them involved in the journey every step of the way. I specifically chose Indiegogo because they’ve built an amazing community by supporting so many awesome projects!

Can you take a moment to tell us more about Indiegogo and how it works?

The fans get to contribute towards the making of my new album and depending on the donation, they receive unique perks.

If someone contributes, they gain cool rewards, how did you come up with the rewards?

I wanted to create unique rewards that were fun for the audience. Some of the “perks” include  a personalized song written by me, a guitar lesson, or a chance to hang with us in the studio during the making of the album!

What else is going on with The Autumn Portrait?

I am doing pre-production with our producer Derek working on the songs to make them as ready as can be before we head into the studio. The better prepared we are, the easier it will be when we record them for real. For now we are working on arrangements and will work on different sounds as well. It’s really a fun process!

Can fans expect any tour dates in the near future?

Yes lots! All I want to do is tour. Always! Stay tuned at www.theautumnportrait.com.

Thank you for all your continued support! I’m so grateful to have connected with lots of amazing people throughout this entire process. I can hardly wait to get these songs out into the world and perform them on stages very soon!

I’m Jenna, the founder and editor of Canadian Beats. I have had a strong love for Canadian music, which started many years ago. I have a passion for promoting these talented Canadian bands and artists, and that’s how Canadian Beats came to be.

Canadian Beats has grown to become more than media, and what a journey it’s been.