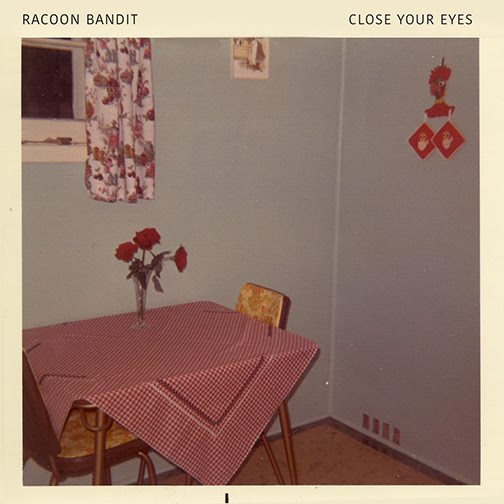 Charlottetown, PEI based folk rock band, Racoon Bandit is made up of Fraser McCallum (Vocals/ Rhythm guitar), Adam Gallant (Vocals/ Lead Guitar), Roger Carter (Drums/Vox/Keys), and Scott Gallant (Bass). The band has been together since 2009 and has just released their new album, “Close Your Eyes” on August 21.

The first song that caught my attention is actually the single, “You Got Into It”, which is catchy and will have you moving your feet. “I’m Waiting” is the fourth track, it’s slower and has a strong folk feel to it,  I would have to dub this one as my favourite on the album, I couldn’t get enough of the harmonies, and found myself singing along.

As the album played on, I found another song that grabbed my attention, “Teenage Wasted Love” which is one of the more upbeat songs on the album, and I enjoyed the overload of music and beats in the background of this song, with the relaxed sounding vocals, it definitely intrigued me.

The closing song, “Passing Through” is actually the title theme song for the award-winning Canadian web series, “Just Passing Through”, and it’s the perfect closing for the album, because it leaves you wanting more from the band, and isn’t that the goal of any album, to leave the listener wishing for more?