On Aug.14th I was lucky enough to attend the Calgary stop on Scott MacKay’s tour. The PEI born but now Calgary resident, was touring in support of his new album “Twin”. The Ironwood was packed to the brim, we were almost unable to find a seat that wasn’t at someone else’s table. And soon I would find out why so many people were excited about Scott MacKay.

First up was Scott’s friend and Edmonton based Lucette. The fellow prairie girl had just received rave reviews at Calgary’s own folk festival. And has an album out entitled “Black is the Color”. This girl absolutely blew me away with her vocals! I was mid sentence when she belted out her first notes and all I could do was stop and listen intently. Lucette was definitely a great start to the evening.

Then Scott hit the stage, you quickly notice not one but TWO good looking musicians standing there ready to rock the house. Scott then introduced his twin brother Ben who does all of the male harmonies on the album. And with an album title like “Twin” things are really coming together. Then these two men started to sing and it wouldn’t have even mattered if none of it made sense because I’d listen to these guys sing a grocery list! The vocals and harmonies were incredible! And Scott’s demeanor and sound was almost mirroring that of the late Johnny Cash. Scott also has a very unique songwriting style and pulls you in with stories and what they called “Murder Ballads”. One of those ballads was called “When The Devil Gets On His Knees To Pray” with lyrics like “I’ll forgive her when the devil gets on his knees to pray” it’s hard not to be completely intrigued. Then on the softer side you had a sweet love song like “If You Were to Leave”. As if you weren’t already enjoying yourself, Scott and Ben then had the audience pick any song to which they would each improvise vocals (while reading the lyrics off google) in competition with each other. The audience picked “Genie in a Bottle” by Christina Aguilera, although Scott and Ben both nailed it was Ben who took home the champion title. 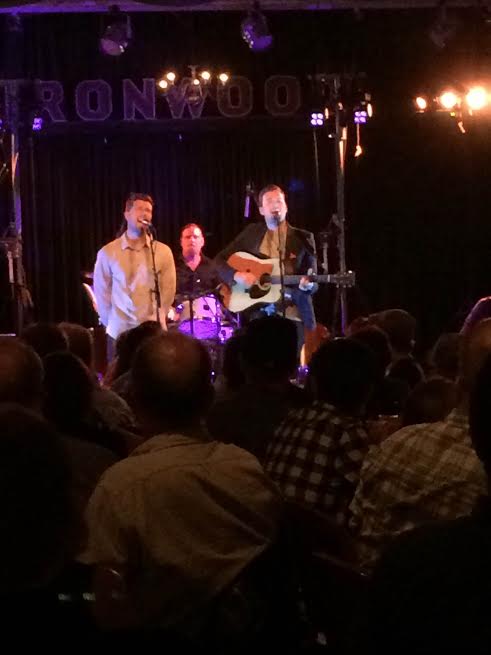 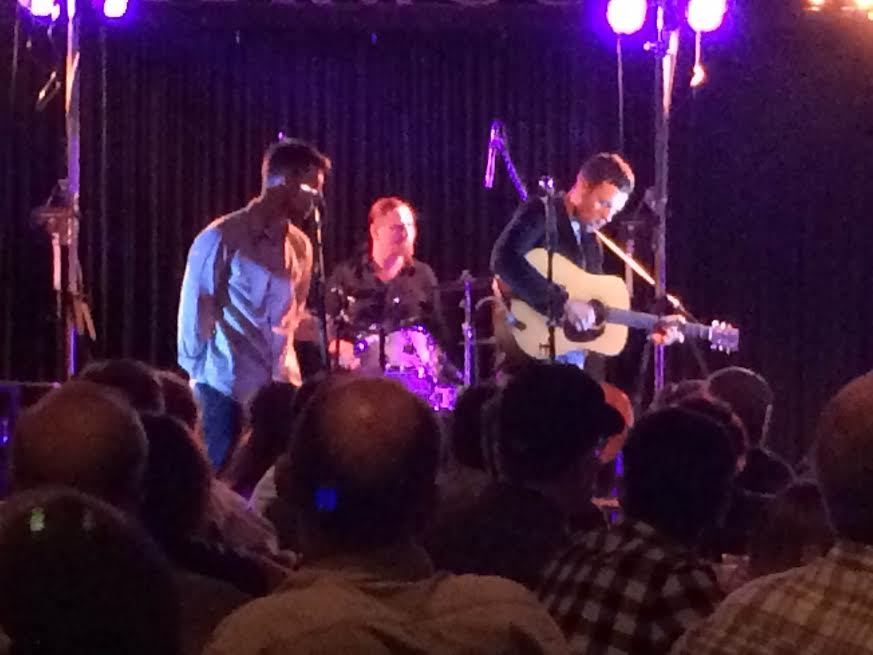 All in all the show was fabulous! Scott MacKay’s album “Twin” is flawless both live and recorded so make sure you pick up a copy and get to one of his shows! Also make sure you check out Lucette and her album “Black is the Color”.

Share this:
Related ItemsBen MacKayBlack Is The ColorCalgary ABFolkGenie in A BottleIf You Were To LeaveIronwoodLucetteMurder BalladspeiScott MacKayTwinWhen The Devil Gets On His Knees To Pray
← Previous Story Show Review – Sinburn, Psychotic Authority & The Road Heavy
Next Story → Show Review – Zoo Legacy and Midday Swim