By Remington Fioraso on August 24, 2015@https://twitter.com/RemingtonFD 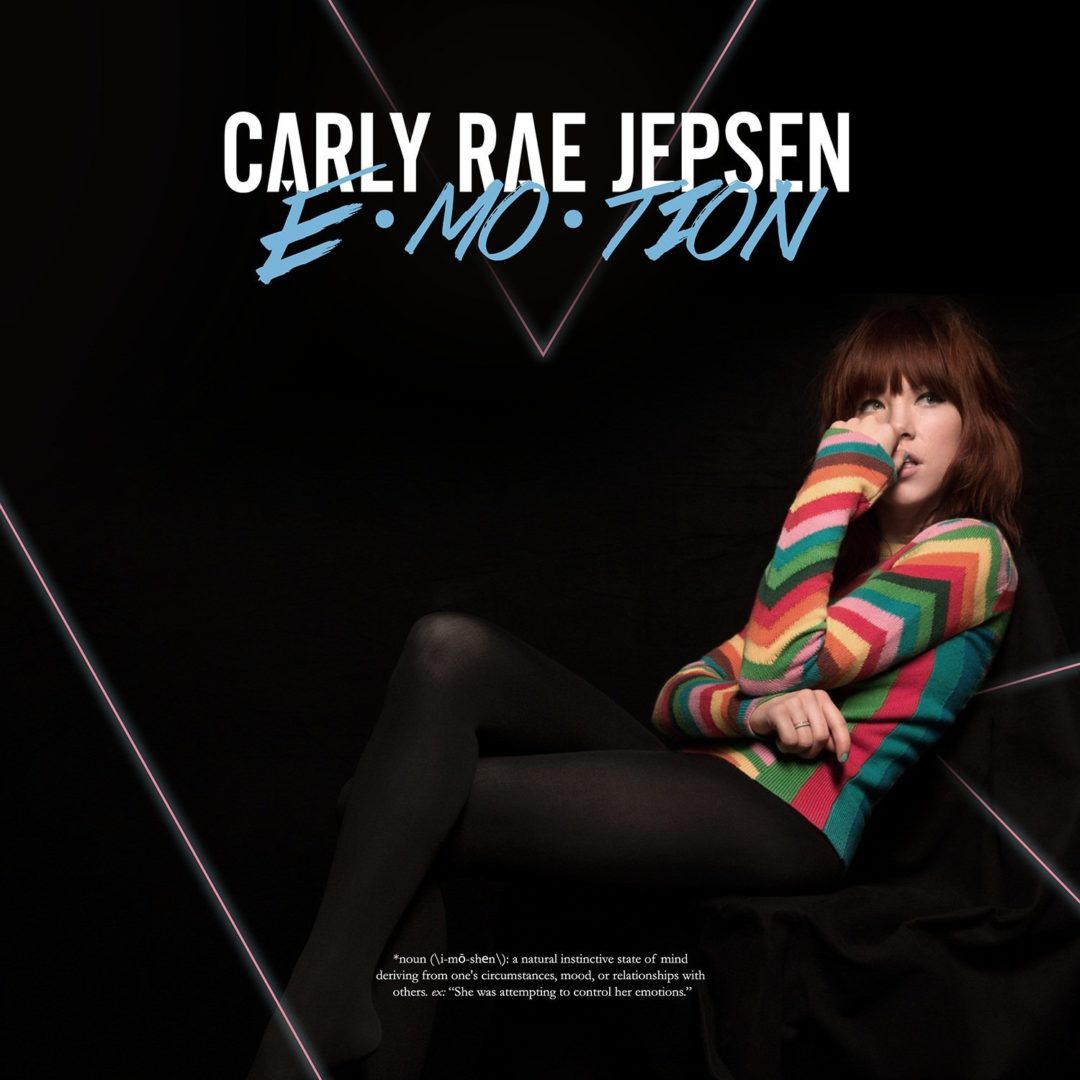 Based in Vancouver, Carly Rae Jepsen is  a Juno, Grammy, and Billboard nominated singer-songwriter from Mission, British Columbia.  She released her debut album Tug of War independently.  Her second full album release, Kiss, brought Jepsen to international recognition.  The lead single, “Call Me Maybe” reached number one in 18 countries.  The album also received nominations for Song of the Year and Best Pop Solo Performance at the 2013 Grammy Awards.     On August 21, 2015, she released her third full-length album entitled “E-MO-TION” via 604 Records and Universal Music Canada.   The release contains twelve songs including the singles “I Really Like You”  and “Run Away With Me.”

When I first heard the single “I Really Like You,” I was anticipating the release of Carly Rae Jepsen’s upcoming LP.  It was ridiculously catchy and could/can not get it out of my head.  After listening to E-MO-TION, I was not disappointed. From the first track “Run Away With Me” to the final “When I Needed You,” I thoroughly enjoyed it.  The album is dance-pop oriented and has a very 80s influence to the tracks.  It is a fun album to listen to.  It is very easy to have the songs on repeat.  E-MO-TION is simply filled with well crafted pop songs.  My favourite tracks on E-MO-TION at the moment are “Emotion,” “Let’s Get Lost,” and “When I Needed You”

If you are a fan of Carly Rae Jepsen’s Kiss, you won’t be disappointed.  If you have yet to hear her music, I recommend checking out “I Really Like You” and “Run Away With Me” for a glimpse of the record.  In either case, pick up a copy of E-MO-TION.