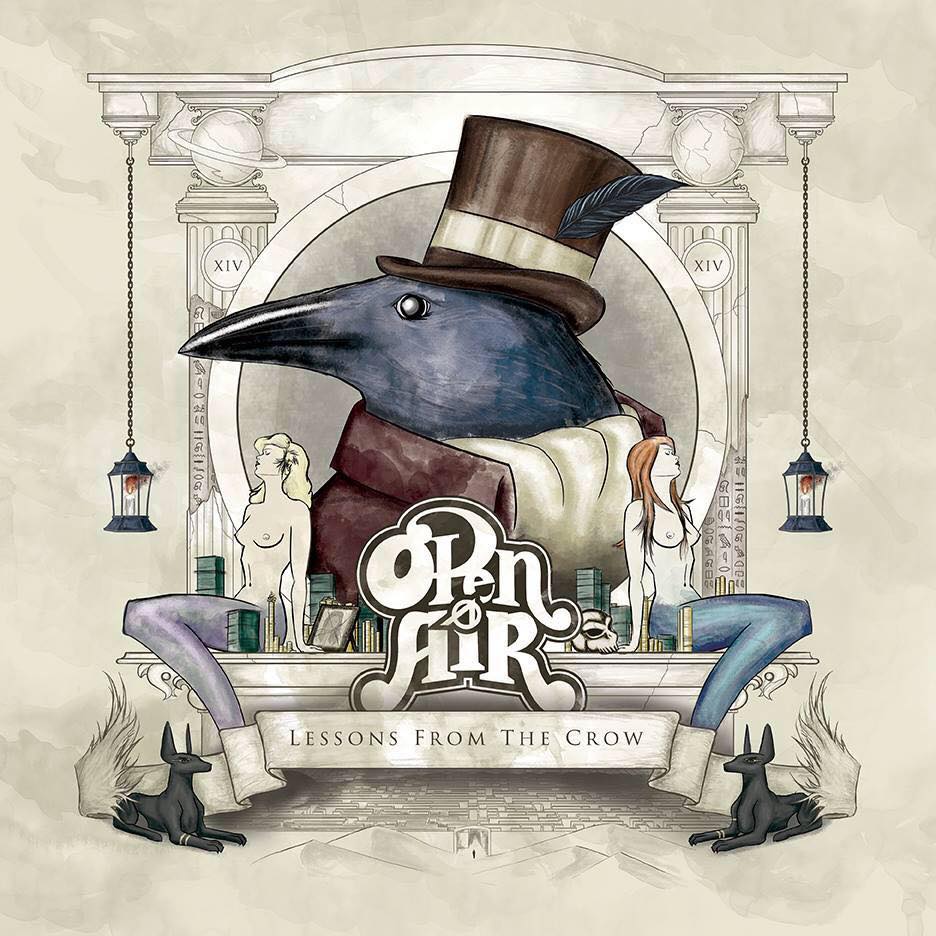 The opening song, “Creatures”, was released shortly before the album and definitely gives the listener a taste of what to expect from the rest of ‘Lessons From The Crow’. “Shangri-La” has a much softer sound to it compared to the rest of the album, starting with acoustic guitar and soft vocals. It gives the album a bit of balance and showcases the band’s different talents. “Traveller” is probably my favourite off of the album other than “Creatures”, and again showcases how much talent this band has and how they can differentiate themselves from their usual sound. It’s softer and slower and allows the listener to just get lost in the music.

I have been waiting for a full length album from Open Air since I stumbled upon ‘Extended Play’ shortly after it was released and it was well worth the wait. ‘Lessons From The Crow’ brings back the classic rock sound in a way that would please any fan of the genre. The combine music akin to their influences such as Black Sabbath, The Guess Who, and One Bad Son with their unique sound and the outstanding power of Mansfield’s vocals in a way that will leave you craving more.