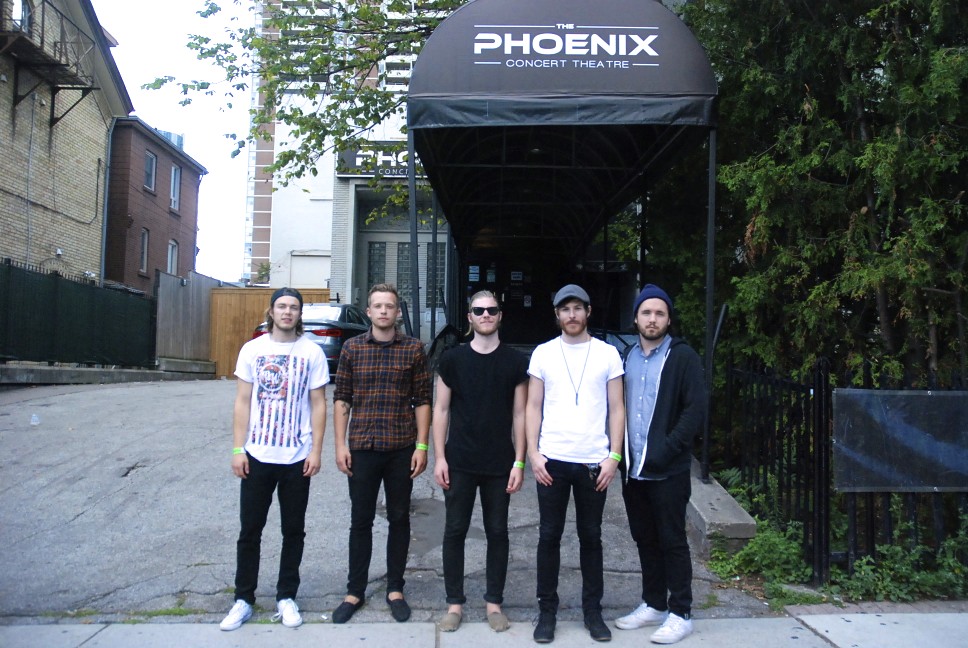 The Honest Heart Collective creates passionate, uplifting folk rock that gets listeners dancing and singing along, with lyrics that anyone can relate to. Their first full-length album, Liar’s Club is one of the best albums I’ve ever listened to. The music is raw and honest, and the story of every song complements the others. The album‘s inclusion of both uplifting and more serious thought-provoking songs, along with the story-telling nature of the album, creates a liberating journey for the listener.

The group has travelled far –all the way from Thunder Bay-to make it to The Edge’s Next Big Thing Top 6 and to perform at the Phoenix Concert Theatre, where they are competing for $25, 000 cash, gear from Long and McQuade, expertise consulting from Dine Alone Records, recording time at Metal Works, and much more! I sat down with Ryan MacDonald, vocalist and guitarist of The Honest Heart Collective to speak with him before their set to discuss the competition, their music, and touring.

The Honest Heart Collective was founded in 2013, for such a young band, you’re well on your way to success especially with the Edge Next Big Thing. What have been some of the biggest or most memorable stepping-stones in your careers? What led you there?

Ryan: The first big stepping stone was jut getting to go out on our first tour in the spring of 2014. It was that first stepping stone that made us realize we can actually do this with this band. And then when we released our first full length album Liar’s Club in April 2015 that was our biggest accomplishment to date, just being able to put out a record that we were really proud of especially because we built the recording studio ourselves, we recorded it ourselves in Thunder Bay and sent it to get mixed and mastered in New York City. We also got to play the Vans Warped Tour this summer, which was a really fun experience. We got to be around so many bands, and it was kind of like being in this Warped culture and experiencing the camaraderie of a bunch of touring bands. And that brings us to today, The Edge Next Big Thing, making the top 6 out of 600 bands. It’s been pretty cool.

How have you been preparing for your performance at The Edge Next Big Thing?

Ryan: We’ve been practicing everyday. We basically just practice as much as possible, even on our own and together. We also go out and see other bands, we got to see The Arkells at Ottawa Blues Fest, we got to see how those guys do it, and we got to see The Gaslight Anthem. So we’ve been seeing how other bigger bands that are already successful put on shows, and instead of just being five guys up there playing songs, we’ve learned about how to be a band and how to put on a performance.

The Honest Heart Collective is one of the most professional-sounding bands that I have heard, compared to other smaller bands. Sometimes you come across a lot of bands that don’t really have their sound together or don’t know what they’re doing. You’ve only been a band for about two years and usually bands are still finding themselves at that point, but I find that your album is very well put together, as well as your live performances. Was it a challenge to achieve this caliber of performance and songwriting in such a short time? How did your sound develop or change throughout your time together as a band?

Ryan: When the band started, and I first started songwriting, it was just by myself and everything was a lot more acoustic and folk based. When we put the band together everything just evolved into a more electric sound. The record was interesting because we did it ourselves and built Lionheart Studios in Thunder Bay, which my brother Nic and myself operate and we just spent a lot of time experimenting. I went to school to learn how to record and he spent three or four months going to the studio everyday and laying down tracks. We thought about what we can do different and how we can get this sound. I think we took three weeks just to do Kevin’s guitar part because we were so meticulous with what we were doing and wanted to put something out there that was really great and something that we were really proud of. And we did just that.

Our mixing engineer Greg, he’s from a band called Moving Mountains, he’s mixed a ton of bands and he’s just phenomenal at what he does, so it’s all about working with the right people. Songwriting wise I had about half a record written before we started demoing and before the band really got together. And then we put it together, two of the songs were written during studio time because we had some songs that we just thought weren’t good enough so we tried some other riffs and other parts that we could work with and we got We’re Only Human and 149 out of those sessions. And those are some of my favourite songs on the record. We’re really happy with how the record turned out; I don’t think it could’ve gone any better.

Ryan: I would say my favourite one to play live is Liar’s Club; it’s really fun right now the way we’re doing it with a little surprise during the middle part. Haymaker is always a good time. But Beautiful Things is probably my favouriite one to play live because the crowd gets really involved and there’s that trade-off vocal part between the crowd and myself.  Peace for the Weary Soul is always a good one to play with because of that a cappella piece at the end with the three harmonies. It’s definitely really tough but I’d have to say Liar’s Club is probably my favourite overall right now.

Did you ever have any disagreements during writing the album together and how did you overcome them?

Ryan: Kevin and I butted heads on the record a lot. We kept talking about what we were going to do with the guitar and lead guitar parts. Kevin came in on a record that was kind of half written, and we had another guitar player before who wrote the leads so I wanted them to sound the way they were before but Kevin really wanted to add more of a twist. I’m more of a simple guy when it comes to music, the more simple the better. Sometimes songs require a little bit more technical stuff but I just want to write what the song calls for. That was a big learning curve for the two of us because Kevin comes from a very technical guitar background and I don’t. I can’t play half the things he can play on guitar; he’s one of the best guitar players I’ve ever known. There’s one lead in Beautiful Things where the intro turns into the verse and Kevin does this run down and before it was even more simple and the part that Kevin had originally wrote was just insane, so we compromised and it all worked out for the best. Kevin and I were definitely the hardest ones to work with but it all made for the record to turn out better. If it weren’t for this group of guys we wouldn’t have had the record we have now.

You recently went on tour with Aukland. Did you find any differences between the music scenes in the cities you toured in compared to Thunder Bay?

Ryan: Thunder Bay’s got only 100,000 people, but it’s got a ton of music. For us, in Thunder Bay we can go out and play at a bar and bring out 300 people to see us play because we have a lot of friends and family but more and more recently I’m noticing in Thunder Bay, half or more of the crowds are people I don’t know. And that’s where it’s awesome back home. We’ve been down to Toronto maybe seven times and it keeps growing. The first time we played Toronto we played for 50 people, the second time was 70, third time we reached over 100, and last time we played in Toronto we had 200 people. And it just keeps growing, and it’s definitely different because in Toronto there’s a lot more noise going on. It’s harder to connect with people because there are so many great bands. Today we’re playing with five other bands that are some of the best bands in Ontario and its pretty special to be a part of a time where there’s a lot of emerging music. So it’s definitely different down here because there is so much going on, it’s really surreal to go to places like Toronto, Montreal, Ottawa and it’s interesting to see how music scenes work. They each have their own set of rules, and Thunder Bay’s rules are a lot different than the rules down here. 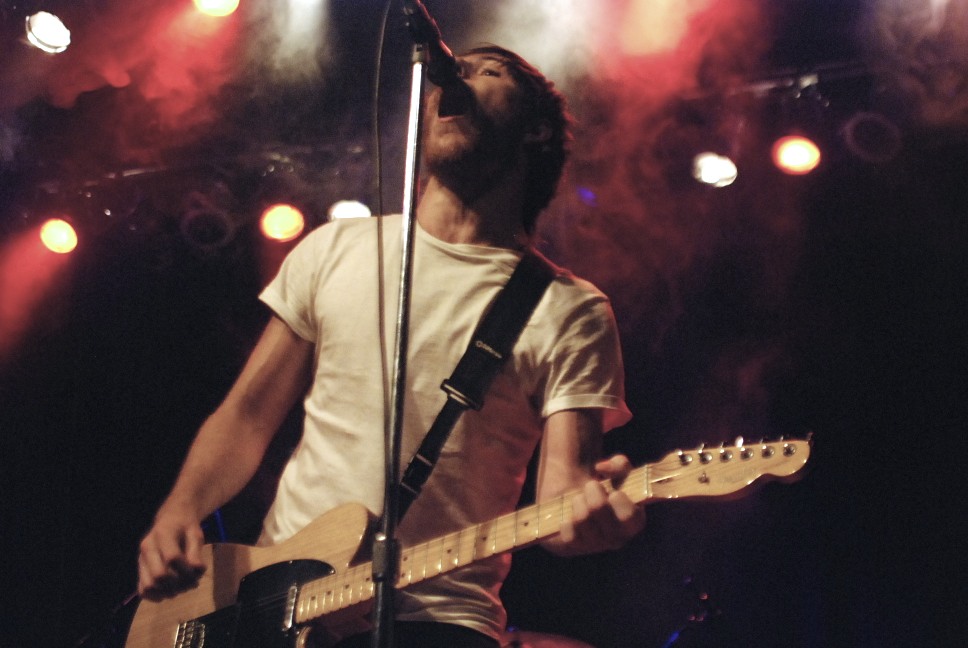 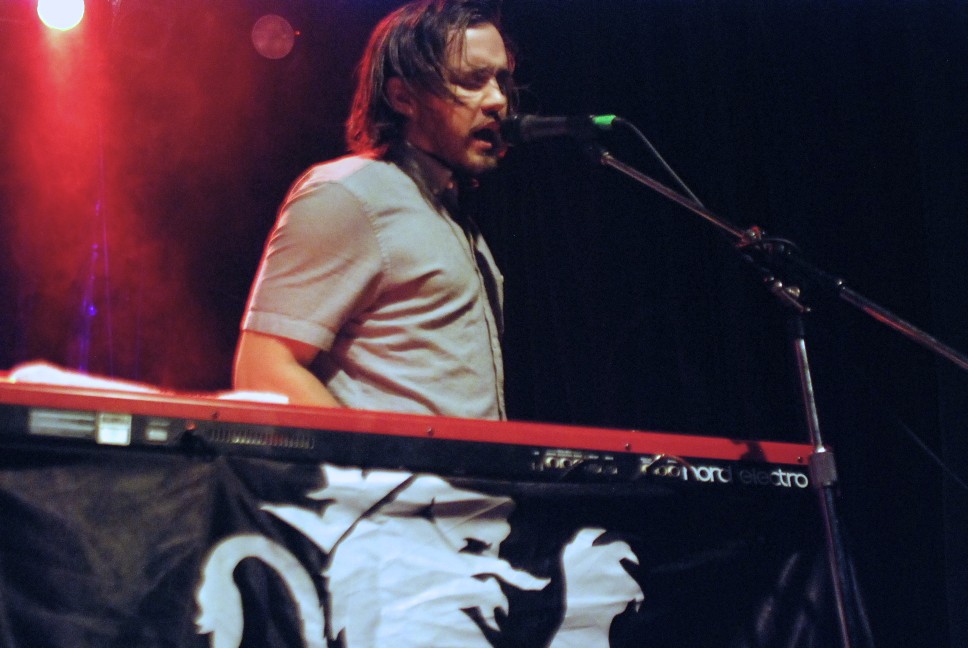 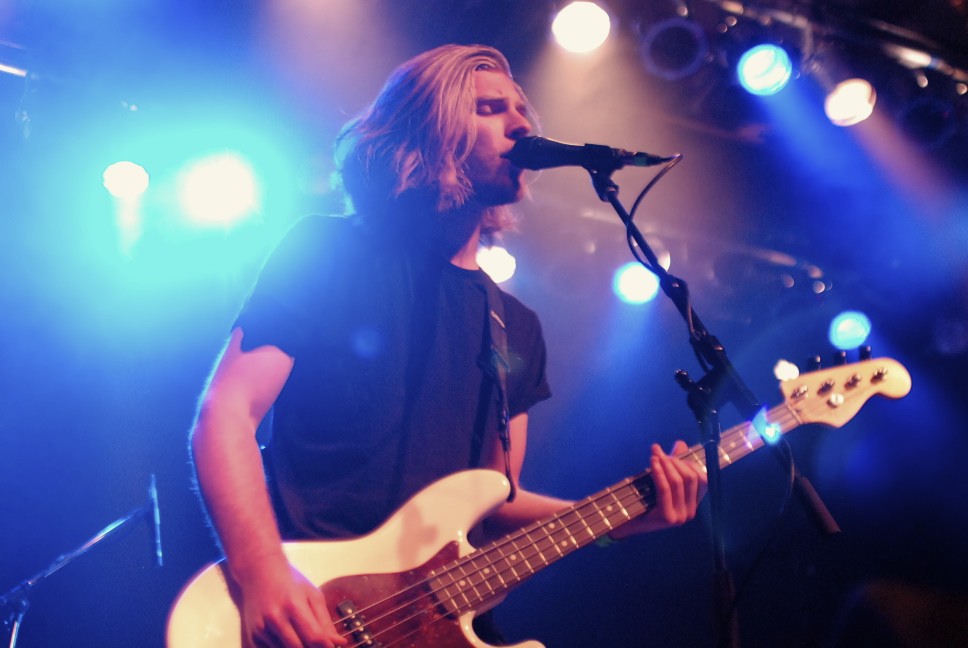 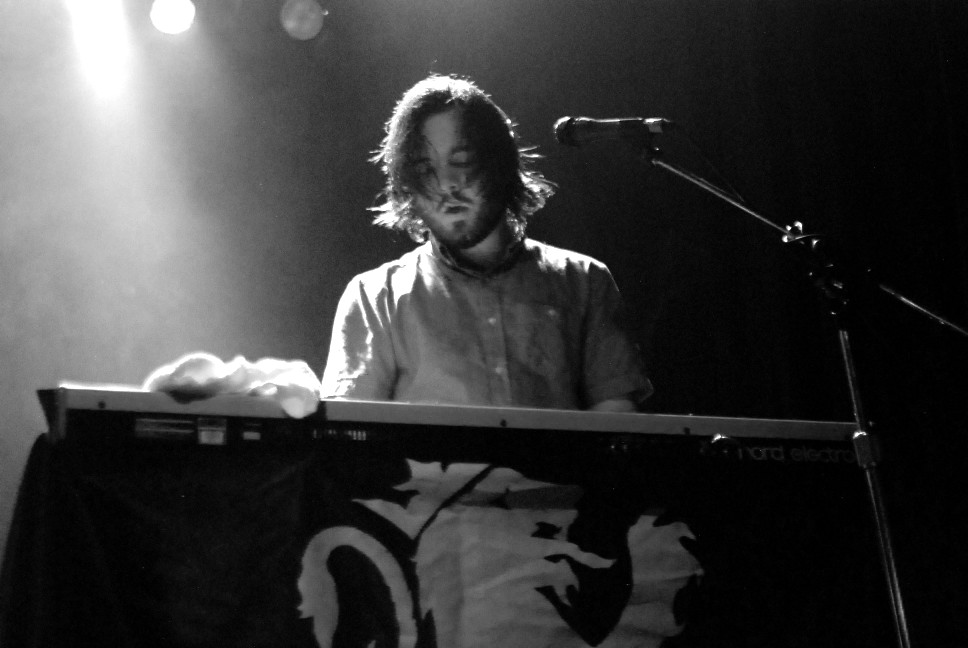 The Honest Heart Collective definitely did not disappoint when it finally came time for them to leave everything on stage and perform at the Edge Next Big Thing. It’s safe to say that their performance at the Phoenix Concert Theatre was one of the most passionate and energetic sets I have witnessed performed live. The crowd went wild for them as the band exited after their final number among a flurry of excited shouts of support from the audience.  Keep your eyes peeled for The Edge’s winning announcement on August 25th, 2015.