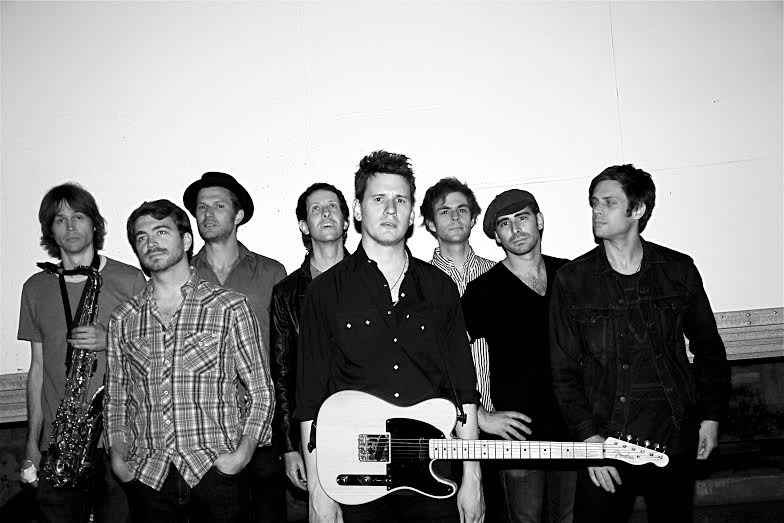 Tommy Youngsteen has a show coming up on August 29 at the Horseshoe Tavern in Toronto, so if you’re in the area, be sure to stop by and check that out! For now, we have had the chance to ask Alan Snoddy a few questions about the band!

First off, can you tell me how you met and formed Tommy Youngsteen?

Anytime we would get together the guys and I would always jam out on these old classic tunes. Because we’re all so busy with our other bands I finally came up with the idea of putting together a gig. We thought it would just be a one off but now we’ve been going on and off for nearly 5 years!

What made you choose to create a tribute band for these three artists in particular?

Well I’m a Springsteen nut, Josh Trager loves Tom Petty and we wanted to throw in a Canadian artist so Young was the pretty obvious choice

You will be playing a show at the Horseshoe Tavern on August 29, are there any other dates coming up?

The Horseshoe is the only one booked for now, but we’re thinking of maybe covering another classic album, so fans should stay tuned for a show coming up this winter!

What can someone who has yet to see a Tommy Youngsteen show expect from a live show?

Well it’s all about singing and dancing and having a few drinks at our gigs … So if you’re not doing that Were not doing our job!

This is probably a loaded question, but what is your all-time favourite song by each of the Neil Young, Tom Petty & Bruce Springsteen?

I couldn’t pick just one but my favourite changes day to day. I think as a musician “Born To Run” really lays it on the line. Just keep on going till the wheels comes off!

For those of us who are just learning about Tommy Youngsteen, do you have an album available? If not, will there be one?

We are a cover band so no album as of yet, although recording all these tunes in our own way would be cool, so the potential is there!

A lot of you are in original bands as well, what would you say is the difference between playing in an original band vs a cover band?

Playing covers is a lot easier because all the tunes and parts are all laid out for you and covering these guys all the tunes are so good that the audience is already on your side. The hard part really is trying to live up to the originals and doing them justice.

I’m terrible for listening to new stuff. The Arkells are great, July Talk and a great singer called Sam Cash who’s gonna be playing with us on the 29th!

Last but not least, is there anything you’d like to say to our readers?

Come out to the Horseshoe on August 29! There is a great singer called Jay Sparrow who’s opening up the night and lots of surprises during our set including “Born To Run” front to back! It’s a 10 piece band with horns & loads of special guests!