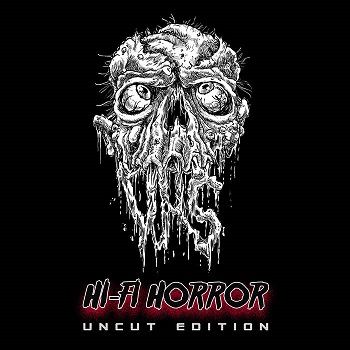 The horror of Thunder Bay’s VHS, is taking hold, choking the life out of the very sky above there heads. The re-release of their black hole like album on Horror Gore Pain Death Productions is imminent and if you didn’t grab a copy of this full on metal assault, now would be the time to pull your head out of your ass.

Instantly gut wrenching, the opening track is like being kicked in the face with a cinder block shoe while watching the suspiciously named V.H.S horror film series. Tumultuous, wild and packed with some serious riffs, VHS has definitely distilled something terrifying indeed to behold. Like all good horror movies though it’s hard to say much without giving everything away, and I certainly won’t spoil the album for you. So suffice it to say that if you are a fan of music in the spectrum of Exhumed get this album and keep a mask and a chainsaw handy…