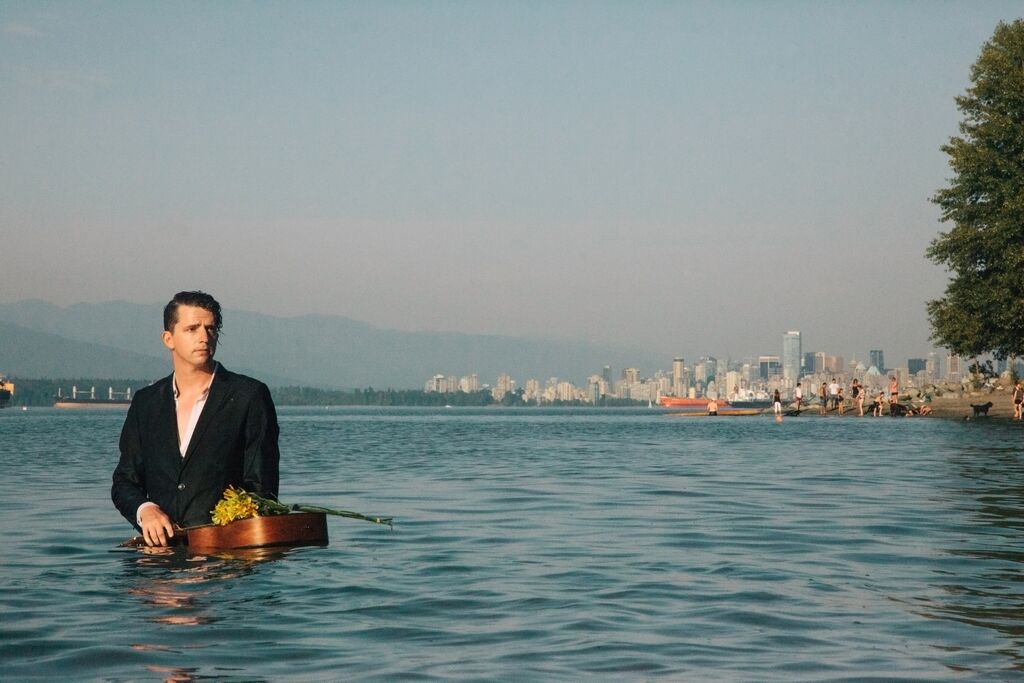 David Newberry is a folk rock artist from Vancouver. He is set to release his new album, ‘Replacement Things’ on September 11th via Northern Electric. This album joins his previous releases, ‘When We Learn The Things We Need To Learn’ (2010), ‘No One Will Remember You’ (2012), and ‘Desire Lines’ (2014). To go along with the release of his new album he is also going on tour, stopping in cities in British Columbia, Alberta and Ontario. Be sure to keep an eye on his website for any updates on his tour.

We had a chance to ask Newberry a few questions about his new album, tour, and more in this interview.

You’re about to release your new album ‘Replacement Things’. How does this album compare to your other albums?

It is similar in the sense that it has a songs-first approach. I’m still the same writer I was on previous records. But we’ve presented the songs in a very different way. For example, there isn’t a single “folk” instrument on the album. I don’t know if I was making folk albums before this, but whatever you want to call it, the noises were often made by acoustic instruments. There were banjos and fiddles and steel guitars (both pedal and lap). There’s none of that now. There are a lot of electric guitars and a lot of sonics. A lot of keys. Some heavy bass playing, and someone hitting the drums very, very hard.

What were some of the inspirations behind ‘Replacement Things’?

It has been a wild couple of years, in every possible understanding of the word “wild.” I set out to be a bit more personal as a result, but not in the autobiographical sense. I don’t find that interesting. So I tried to explore the things that were taking place in and around my life in a more universal way. I ended up looking a lot at things like excess, celebration, regret, and the consequences of consequenseless living. Luckily, there’s quite a bit of that to draw on out there.

Excruciating and extremely inefficient. I am terrified of every song that has ever come out of me, especially when they’re just starting out. It’s like I am Dr. Frankenstein and if I make just one miscalculation…

You have quite a few tour stops in the next couple of months, what can your fans expect from your live show?

In BC the band who made the record is performing those shows, and you can expect to get your ass kicked. Intelligently.  I’m paring it down a bit for AB/ON/PQ, but wherever we are and however many people are there, my commitment is to treat the audience as if they’re intelligent. Which I guess sounds a little patronizing, but I actually think it’s kind of lacking.

Probably “Replacement Things.” Especially the bridge. It gets all angry up in there.

Are there any stops on the tour where you haven’t played before?

What is one piece of advice you wish you had gotten before you started pursuing music as a career?

Maybe I would have liked a better understanding of just how little “music” is involved a “music career.” Maybe we should start writing it like “music CAREER”.

I’m pushing this record through fall and winter, and then I’ve got some tricks up my sleeve. I think there’ll be an EP before year’s end, and I’ve been playing bass in a lot of bands lately. Which is the best decision I’ve ever made. No Frankensteinian monsters were ever created by a sweet bass line.

What’s one song that you wish you had written?

“I Will Not Sing A Hateful Song” by Constantines.

If you could tour with any band/artist in the world, who would it be?

Elton John in the 1970s. Or “Glass Houses” era Billy Joel. Just to sit side stage and watch him play “All For Leyna” everyday.

What has been your most memorable show so far?

As a performer? Saturday Night main stage at a wonderful BC festival called Artswells. As an audience member? Probably Bon Iver at Burnaby Lake Park.

The thing about this question is that I can only give each answer once. If everyone keeps asking me this question I’m going to run out of things that you don’t know about me, or it’s going to start getting dark. All of my secrets are like, really, really good ones. But, okay, uh, originally the plan was to record a very different record than this one, which was to be produced by multi-Juno winning Canadian Folk-star David Francey. But we couldn’t make it work with our schedules. So I made an indie rock album instead.

Thanks for your poems. Keep writing.