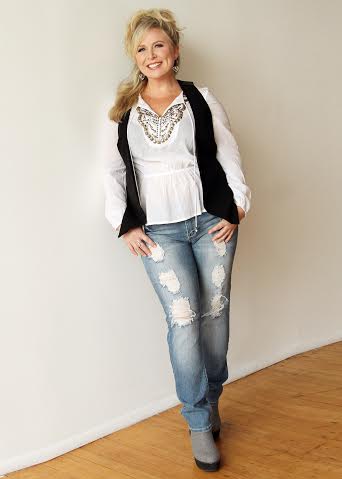 Canadian singer-songwriter Lawnie Wallace is back after a ten year hiatus. She began her career after writing her first lyric at the age of seven and getting a recording deal before the age of 18. Now, she has very recently released a country rock album called “The Lost Years” (August 11). We had the chance to interview Lawnie, so read further to get to know this passionate country singer.

So “The Lost Years” has been out for a few days now. How has the response been so far from your fans?

My fans are amazing. They are incredibly supportive. It’s been awesome.

Was the title of the album a common theme to look back on the hiatus?

The hiatus happened because I was growing up and needed time to find myself. Along the way I was faced with life changing events that took me off track from music because another human being’s life was hanging in the balance. When you love someone you stick by them even if it forces you to sacrifice your own dreams. Love is the most important to me. My love for music never left me. It just gave me more wisdom hence “The Lost Years” album title. The title says it all. I found myself again. I was in a dark place for a long time dealing with the fact that my soul mate could no longer walk, but it brought me back to the light again. It’s a beautiful thing.

What do you think was the biggest drawing source of inspiration for the album?

Three funerals and my man becoming paralyzed. Also time, I never wanted to look back in regret knowing I didn’t try to at least write an album solely on my own. Time is the one thing we can never get back so I wanted to draw from the emotional roller coaster I was on while trying to find my way through uphill struggles. Wisdom and experience helped me write THE LOST YEARS album and finding myself and my true life’s purposes was a beautiful thing.

What did you do in those ten years?

I went soul searching and along the way I found a man that I love. He became ill four years into our relationship and then became paralyzed from the waist down. I began writing music again. I was hurting and lost in the fact that the one I loved could no longer walk. I had so much to say. Writing my own words and thoughts about my struggles was my only way to get some peace, perspective and hope.

What made you decide to come back to the music scene?

My God given gift and the ability to reach people’s heart through my lyrics and melodies! I knew there was more I had to say. I would have been doing an injustice to myself if I didn’t follow my passion.

What can you tell us about the job you had working with students wanting to be in the TV and Radio industry?

It was a glimpse in time. I loved meeting new students who were trying to find their voice. It was a very high paced and stressful job. The TV and radio broadcasting industry just isn’t the same as it was in the 1980’s. That institute found it hard to compete against the colleges and universities. I really loved that type of work. I’m glad it finished though when it did. That too was a sign for me to get back to my passion, which is song writing and singing.

How would you describe your ‘Southern Fried Techno’ sound?

Why did you decide to go back to your name instead of the stage name ‘Ookee’ for “The Lost Years”?

Ookee was my alter ego and my intention was to show creativity and another side of me. My fans never got to hear that album. A diamond album that just didn’t get the chance to shine. Ookee is still in me but my roots are country. The music I’m writing now goes back to my roots. It’s unfortunate that that album didn’t get heard, which was a side of me that I wanted people to see. The country music industry just wasn’t ready for OOKEE.  I will make sure that they see me now because who can say that they don’t want to hear something unique and creative. I know I can make a difference in the industry with my music.

Is there any touring in the future for you?

Do you have any upcoming things in the works as an artist?

I’m actually working on my next album. I’ve already got half the album written.

As a Canadian Beats tradition we throw in some fun questions for the artists as a way for the fans to find out just a little bit more. So here we go:

What are some of your musical guilty pleasures?

How could you ever be guilty of loving and listening to music?!

I make a good monkey sound. You can here that on OOKEE on the “Excellante”

What would be one things your fans would be surprised to know about you?

I’m one belt away from being black belt in karate (Shaolin Kempos).

Is there anything else you would like add or say to your fans?

Hey LawnieBugs, if you have had some struggles and hardships, it’s okay because I have too. Believing is achieving. Follow your passion and believe in yourself.