When: August 15, 2015
Venue: The Corktown Pub
Where: Hamilton, Ontario

The Corktown Pub in Hamilton, ON played host to three hard rocking bands on August 15, 2015.  Supporting acts Psychotic Authority and The Road Heavy each played full length sets before the headlining act, Sinburn, took the stage.

Psychotic Authority, a four-member band consisting of Claudia Roxs (lead vocals), Richard DuCroix (lead guitarist), Kevin Brazolot (bass) and Doug Bennie (drums), rocked out to a hometown crowd.  The setlist included songs from their self-titled debut EP like Gotta Get Out and Ride Free.  Their robust sound and high energy, no nonsense stage presence made for a great opening act.  Roxs even played up their namesake by shouting into the mic, “I’m feeling a little psychotic tonight”.  Her galvanized and effervescent vocals were captured in every song. There was obvious chemistry on stage with this group.  They love to put on a show for their fans, who came in droves to support them that night.  Psychotic Authority did not disappoint. 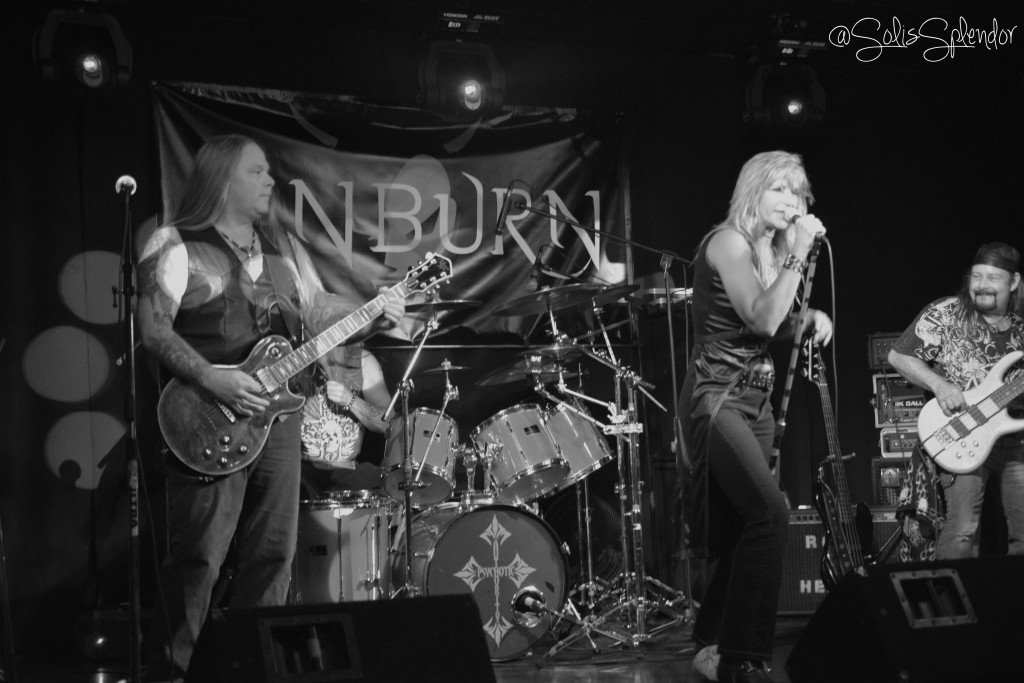 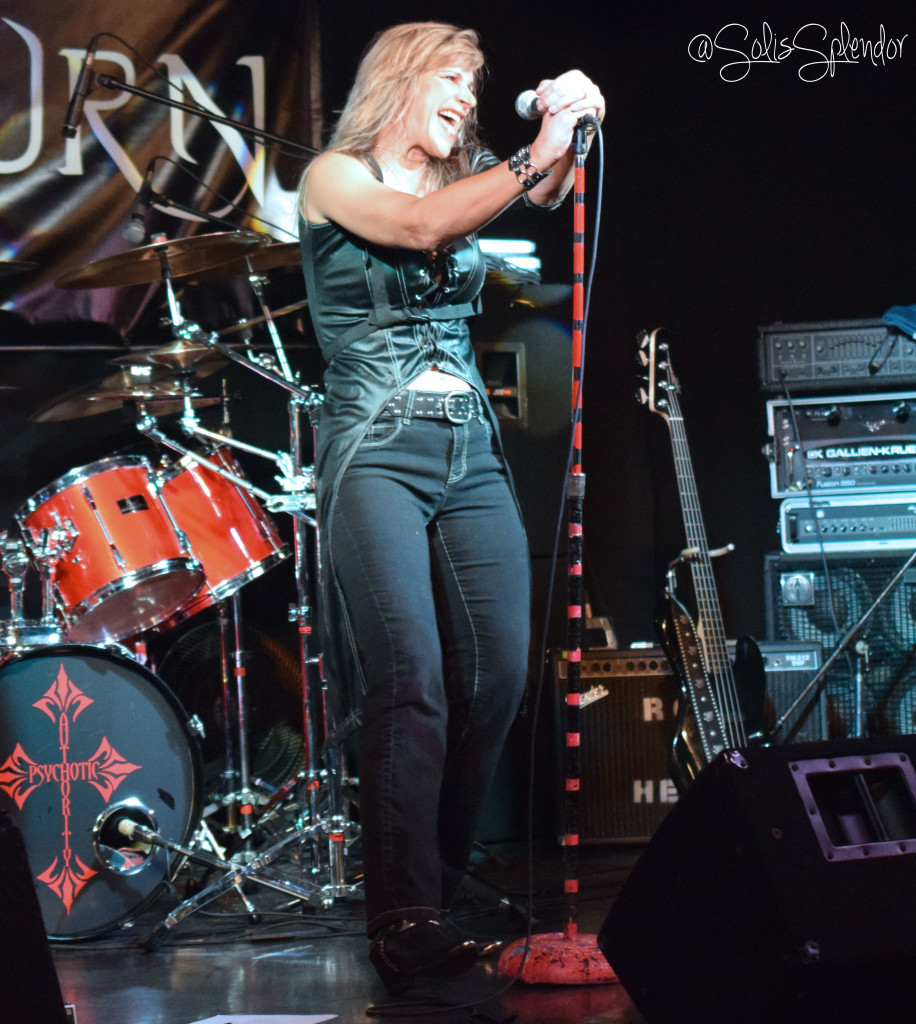 Toronto based band, The Road Heavy, was next to take the stage.  I sat down with them prior to the show for a video interview, which can be viewed here.  For a new band, only taking form in 2014, they demonstrate such growth and maturity and can easily hold their own against the rock greats!  The Road Heavy performed a set of eight songs, including several from their recently released EP, Devils Grin.  Two new songs were included in the mix, including the rarely-heard Cross Me and the sultry Your Place or Mine?  The vocals of Pat Mete and ‘Sweet’ Jules Cardoso were raw and delectable.  The ever-intense Jeff Cox exuded confidence on the drum kit and never missed a beat.  Andre ‘Big D’ DaSilva and Ryan Blake amplified the sound with bold bass lines and wailing, throaty guitar riffs.  Their music has a story to tell.  Fans alike feel their passion for playing live music every time they perform. 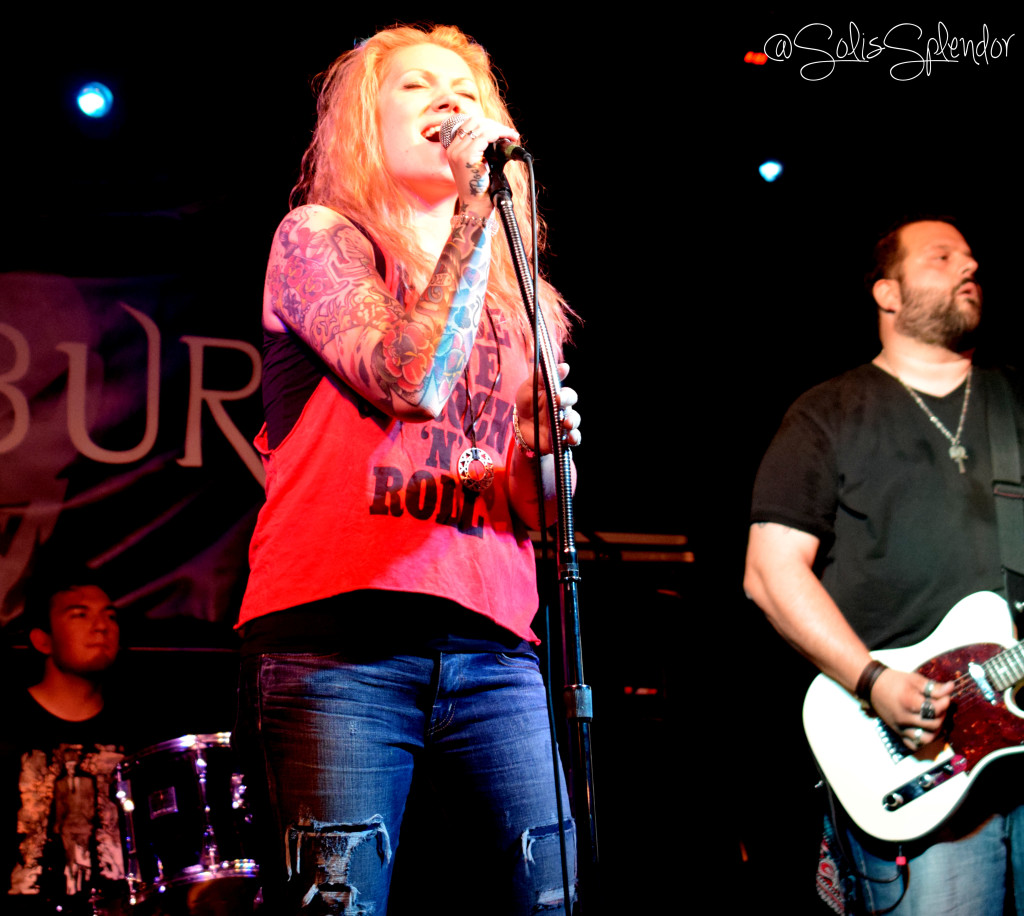 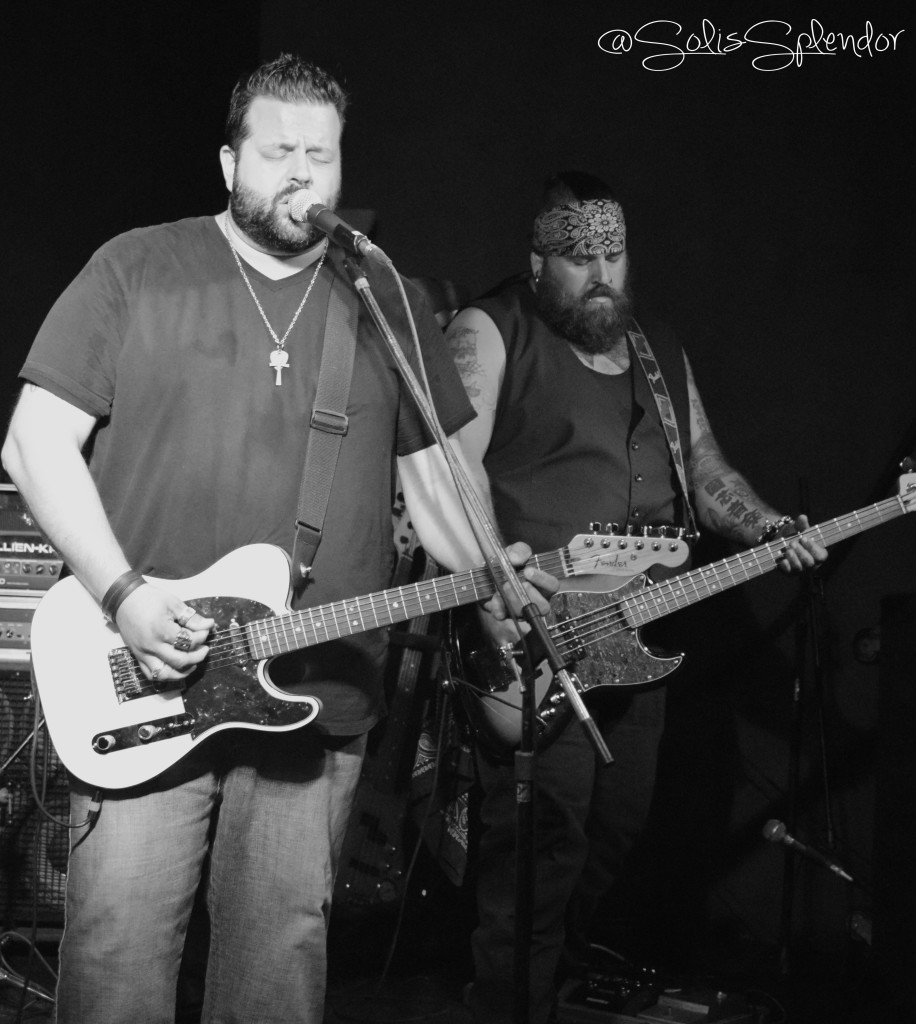 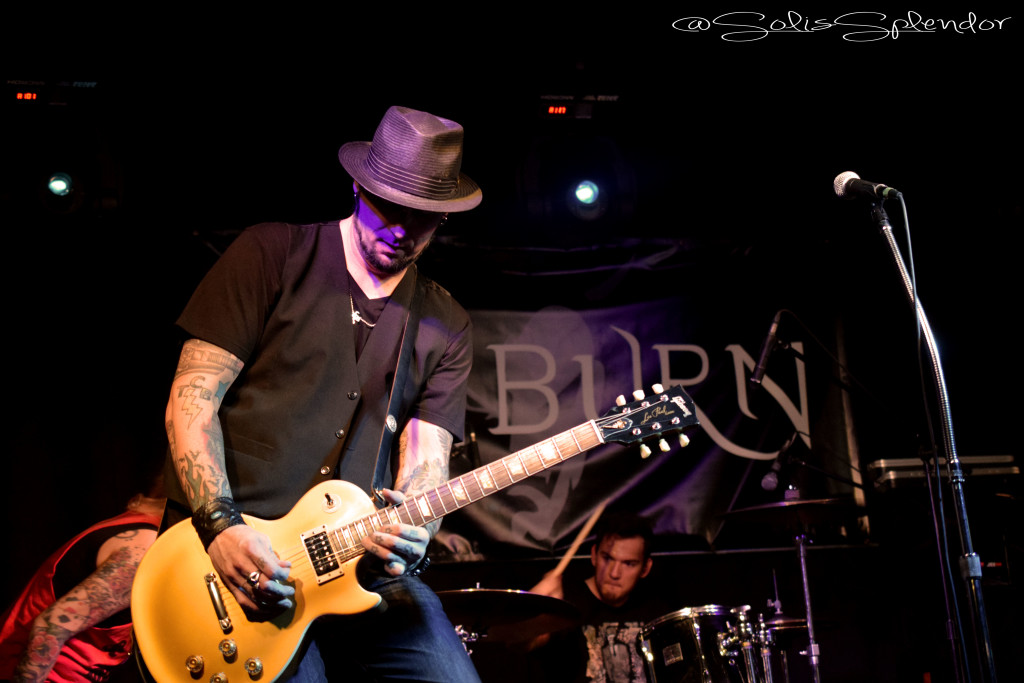 Headliner Sinburn, also from Hamilton, ushered the crowd down into the depths of flame-licked, malicious delight.  Singer Squigg seduced the audience with tantalizing vocals.  He, along with bandmates B-Rad (guitar/vocals), AFD (bass) and Billy (Drums) ‘made fire sweat’ with a wickedly sinful 11-song set, including their opener Passion Play, and Monster Inside Me.  Lycan and I, You Know were debuted at the show and will hopefully make their way onto an upcoming album in the future. 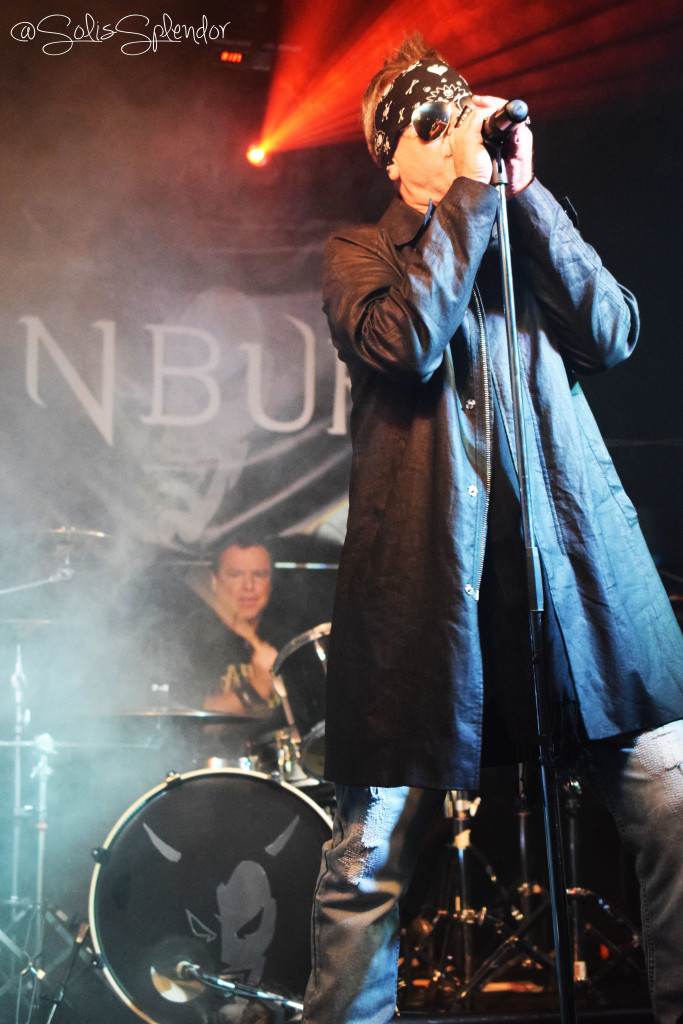 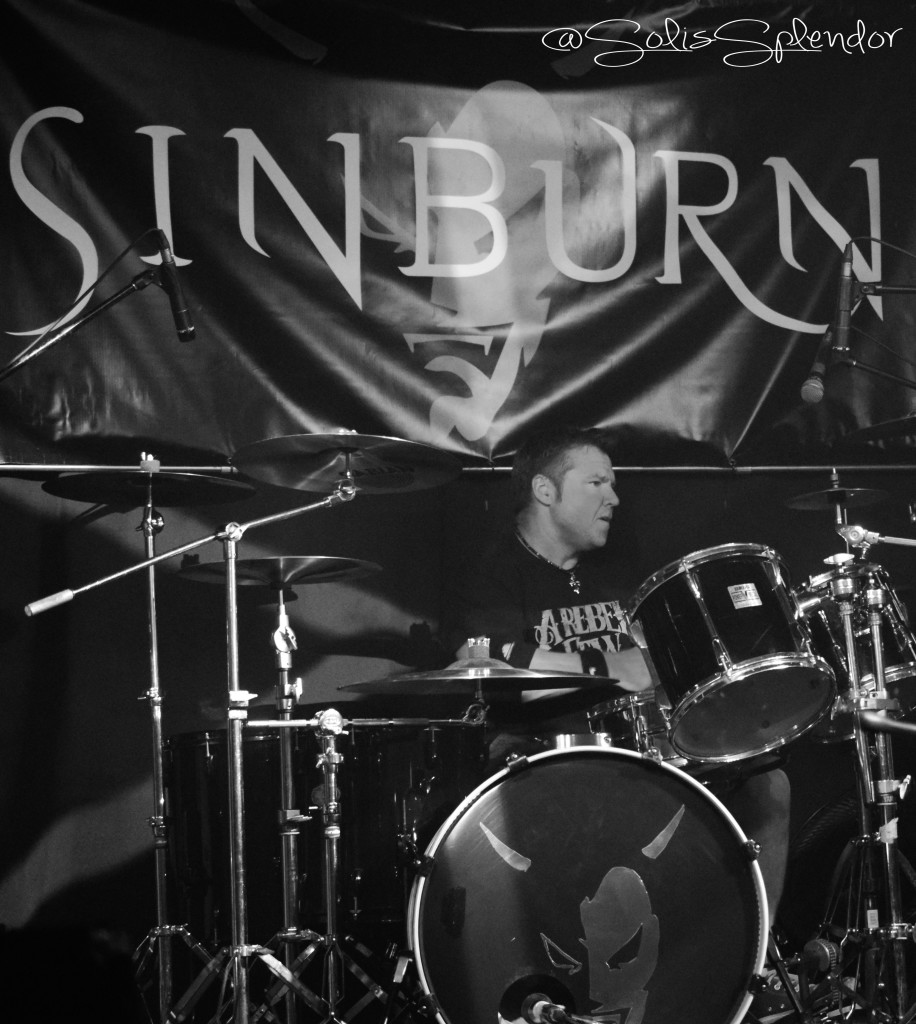 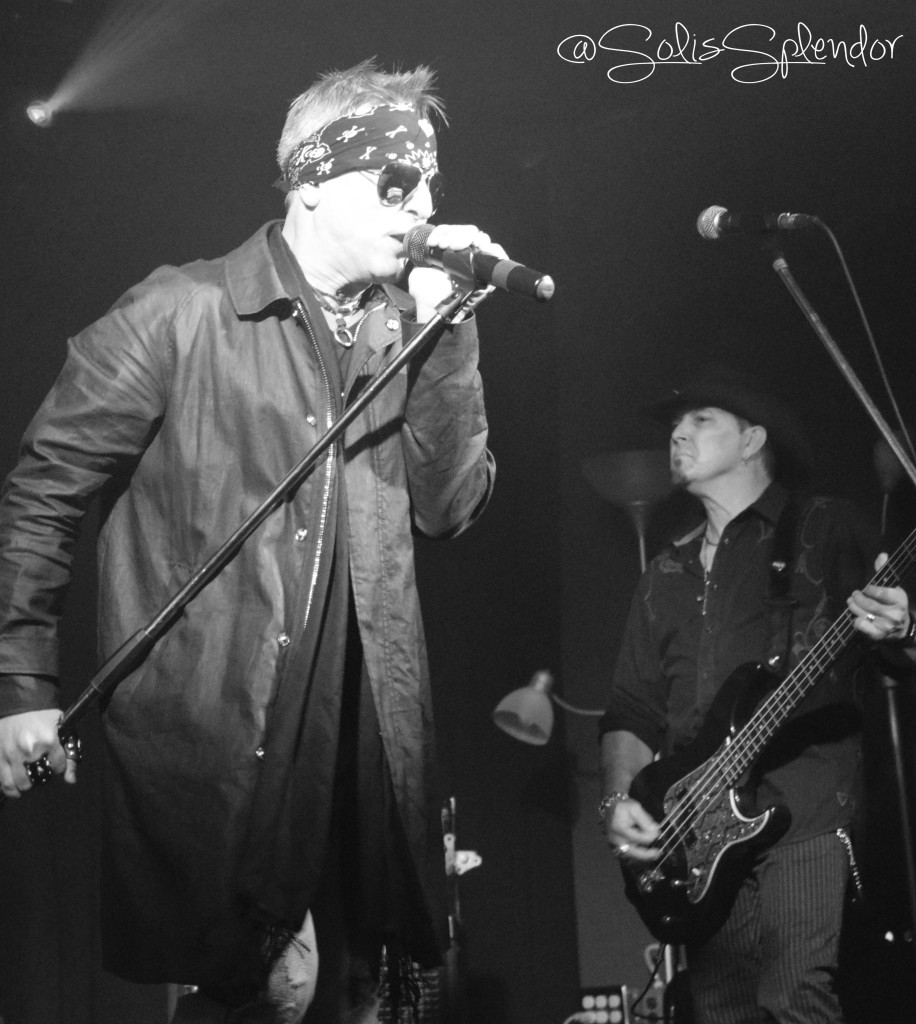 Three great bands and one intimate pub setting, complete with polished bikes parked out front and ample leather-wearing patrons inside, made for indelible night of heavy rock and roll in the city.