By Lindsay Newman on August 19, 2015@https://twitter.com/lindsaynewman_ 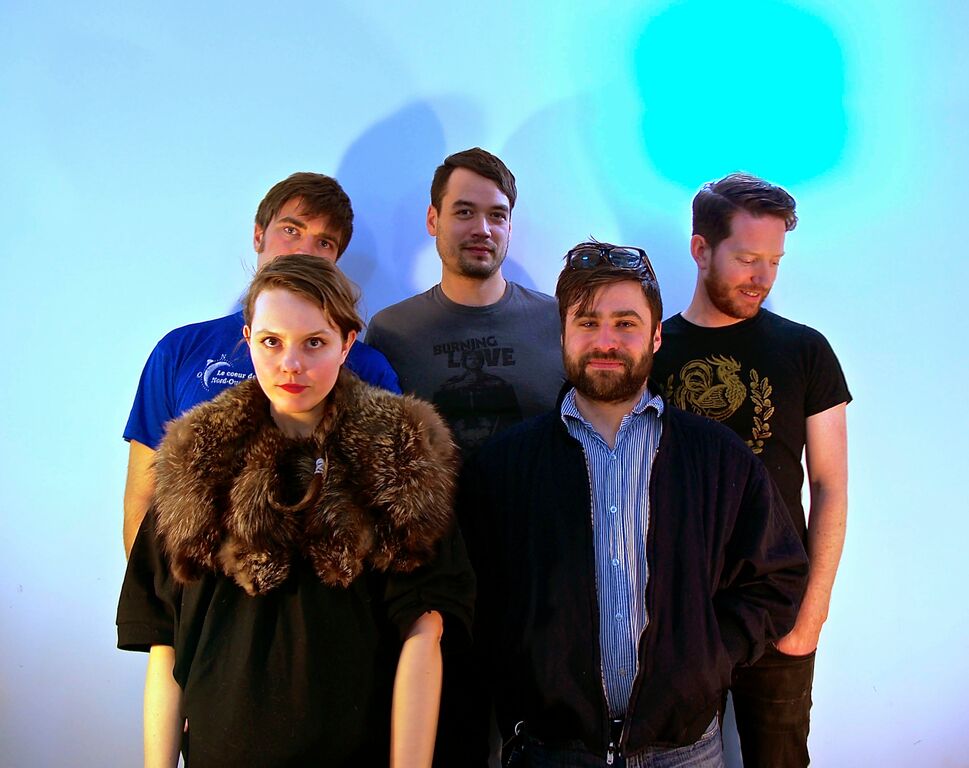 Formed in 2006, Saskatoon, SK natives are about to head out on a new tour in August.  They recently released a new LP in May, “Burnt Black Cars”.  Take a listen to the new LP and if they are coming to your area make sure to check out their live set.

First off, how did you guys meet?

We’re all music fans and we’ve all been involved in the Saskatoon music scene for a long time, whether playing music, promoting music, or writing about music, so we’ll all met through music. I think it’s a safe bet to say that the first time I spoke to most of my band mates was likely at a show at (legendary venue) Amigos Cantina here in Saskatoon.

Who are some of the bands inspirations?

It’s changed over the years with this band, but with this incarnation of the band, it’s easy to say we all take some inspiration from bands like Eric’s Trip, Sonic Youth, My Bloody Valentine, Slowdive, and Mogwai. These last few years I’ve really gone back to my love of noisey, guitar rock and post rock, which is pretty obvious when you compare our last couple albums.

What was the writing process like for the new LP?

Writing for this record was interesting. On our last album (2011’s Walk Into The Sea), we were playing as a 7 piece band with lots of strings and horns. Through the touring if that album and some changes in people’s lives, we slimmed down to a 4 piece. As we toured more, we became successively more and more electric guitar and synth heavy. As a result we went into the writing of this album more on the same page as a band than we ever had been before. I still brought songs mostly structured to the band, but this time Jeanette and Chris each took the lead on songs and we arrange the whole album more as a band, than just me directing a large crew of people like it had been in the past.

How has the response been so far, for the LP?

It’s been great. People have been really excited so far. A few people have been a bit thrown off by the changes between this album and the last, but in general we’ve been getting a great response and have had many people say it’s their favorite thing we’ve ever done. It also seems to be reaching a much wider audience with lots of sales outside of Canada, which is really wonderful.

What was the experience like performing at festivals like Canadian Music Week, Sask Jazz and Sled Island?

It was really great, particularly Jazzfest and Sled Island. Both those festivals are festivals we love and at both we got to play wonderful venues with amazing bands. At Jazzfest we played a huge outdoor stage river in the gardens behind the Bessborough Hotel, a huge castle-like hotel on the banks of the South Saskatchewan River. I’ve seen so many huge, amazing bands play that stage so it was pretty surreal playing, particularly with our friends Viet Cong playing right after us and The New Pornographers closing the night. Sled Island was similarly amazing. We opened for Swervedriver, a band that I’ve listened to for nearly 20 years, that has been a huge influence on me, so it was pretty fantastic getting to share the stage with them.

I saw you guys are playing at the Camp Wavelength and Passovah Summer Festivals in August, what do you think those experiences will be like?

Both will be wonderful, I’m quite certain. Both a festivals put on by the best kind of promoters, or at least our favorite kind. Local, DIY promoters that are focused on finding the best new music and supporting their local scenes. Each has put together a fantastic line up of bands I know and love (i.e. Do Make Say Think, The Luyas), and new music (LIDS, Doomsquad, Sam Patch), that I’ve just heard rumblings about how great they are.

Camp Wavelength is also super exciting, that despite right in Toronto, is on a car-free island that you need to take a ferry to get to AND the doing a bunch of art installations and other, exciting little immersive surprises. I love when people mix music with other creative scenes and Camp Wavelength seems to be doing just that. It should be super fun!

At Canadian Beats, We like to ask some fun questions to help fans get to know you better.

What is your dream festival to play at?

For years I would always say End of the Road Festival in Dorset, England, and then we got to actually play it a few years ago and now that we’ve played many more festival, I actually think my dream would actually just be to get to play End of the Road again. They seem to exactly hit the weird mixture of genres of bands that I love, from super heavy, experimental psych stuff, to hushed folk song singers, and all my favorite indie rock bands. Plus they creative a super immersive, wild environment filled with art installations, a woodland library, secret stages in the woods, in a lovely forest in the south of England. It’s amazing. I really hope we get a chance to play that festival again sometime!

The fall is soon coming, what are some of your favourite fall activities?

Does touring count? It seems we always end up on tour in the fall. The majority of our touring seems to happen in then and I love it. It’s the best time for a drive in the country and the best time to explore other cities. It’ll be weird if we ever slow down and not end up at least on a short fall tour.

Otherwise, it’s just a great time to slow things down, and relax. I feel like I spend a fair bit of time in the fall walking with headphones on listening to music. It’s a great way to spend some early evening hours or early morning hours while the leaves are falling and it’s not so bloody hot any more.

So many! Where to start. Eric’s Trip and Julie Doiron are perennial favorites in the slow down molasses camp. SIANspheric is one of my all time favorite bands and through reading interviews with them, I discovered many of my favorite bands. Stuff like Slowdive, Swervedriver, and My Bloody Valentine.

I always have to rave about Saskatoon bands. There is such an incredible music scene in Saskatoon right now. I spend as much time listening to local bands as national or international bands. The Foggy Notions are one of the best janglepop/spacerock bands around. Shooting Guns are incredible, heavy doomy postrock. Soso put out of my all time favorite records, Tinfoil on the Windows, an amazing mix of post-rock soundscapes and lofi hiphop and spoken word.

What are some of your favourite fall drinks?

Good espresso. I guess that is the case every season, but fall seems to be a particularly wonderful time to get to drink wonderful, hot espresso as the temperature drops.

What piece of social media can you not live without?

Twitter. Between music and my other obsessive interests (urban design/architecture), twitter has become such an amazing way to stay connective and up to date on everything interesting that is happening.

Last but not least, is there anything you would like to say to your fans?

Please tell your festival director friends to invite us to their wonderful festivals. From time to time I feel like we just tour as an excuse to get to see bands that otherwise don’t come to Saskatoon and festivals are the best ways to indulge in that. At the end of day we’re just music obsessives like everyone else!