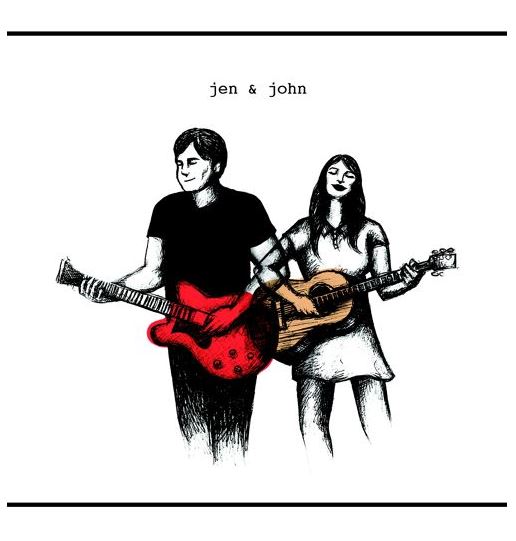 Saskatoon, SK artists John Antoniuk and Jen Lane have come together to release ‘Jen & John’, a collaboration between the two. Before this album they had kept their musical projects separate, John as Smokekiller, and Jen working on her solo music. Now they have joined forces to release this seven track release and you’re going to be very glad that they did.

The album features songs written by the duo as well as a couple of covers. “Give It All Away”, written by John, opens the album with a softly played acoustic guitar that allows their voices to be more prominent while complimenting them perfectly. “Lost”, written by Jen, has a stronger presence of the guitar but allows the harmonies between the two shine. “Oh My Sweet Carolina”, originally written by Ryan Adams is the first of the two covers on the album and is a beautiful rendition of the song that they made their own. “End Of The World”, written by John, is my favourite song on the album. There’s just something about the song that makes it very easy to listen to and enjoy. “Crazy Mama”, the second cover of the album was originally written by J.J. Cale. Again, they give the song their own twist and it works perfectly with their voices. “The Way Home”, written by John, closes out the album and is a close second favourite of mine off of the album.

Over all, the album is very easy to listen to and enjoy. The music is soft enough to allow the spotlight to shine on the harmonies and lyrics. If you like roots/folk music you will fall in love with this album and want to play it again and again.