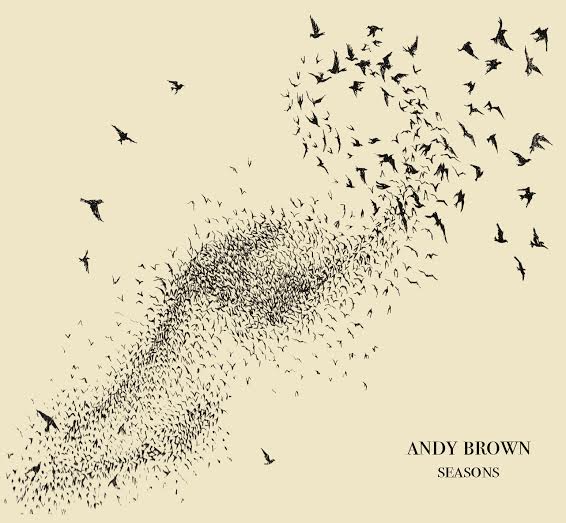 Fredericton, NB based folk rock artist, Andy Brown has released his brand new album, “Seasons”, which is his third release, following “False Alarm” (2009) and “Tinman” (2013). “Seasons” features eleven brand new tracks that pulled me in immediately, but that is no surprise as I am a huge fan of his music.

The album starts with the first single from the album, “Run”, which is the perfect start. It will have you hooked within the first verse and you won’t want to turn off the album after that. To choose a favourite off of this album is impossible for me, as each song caught my attention in one way or another, but I will do my best to touch on a few tracks that are stand outs in my mind.

“Best Of Me” is the sixth song, and Andy’s vocals on this track are especially mesmerizing and I found myself trying to sing along before I even knew the lyrics, although it didn’t take long to have the lyrics stuck in my head, as I listened to it over and over, and still have yet to get enough.

Another that I feel the need to touch on is the eighth song, “Never Forget” which reminded me of some of the songs on his previous album, but with a more intense sound. This is one of the most emotional songs on the album, and as usual, it gave me chills. He does a superb job evoking emotion and I can’t wait to see him live in concert someday, because I’m sure it will take the intensity and passion to another level.

The album closes just as strong as it starts with “When I Had You”, a ballad with chillingly perfect vocals. I didn’t want the album to end, so I came to the only logical conclusion, start back at track one and do it again! Now, I recommend you do the same.