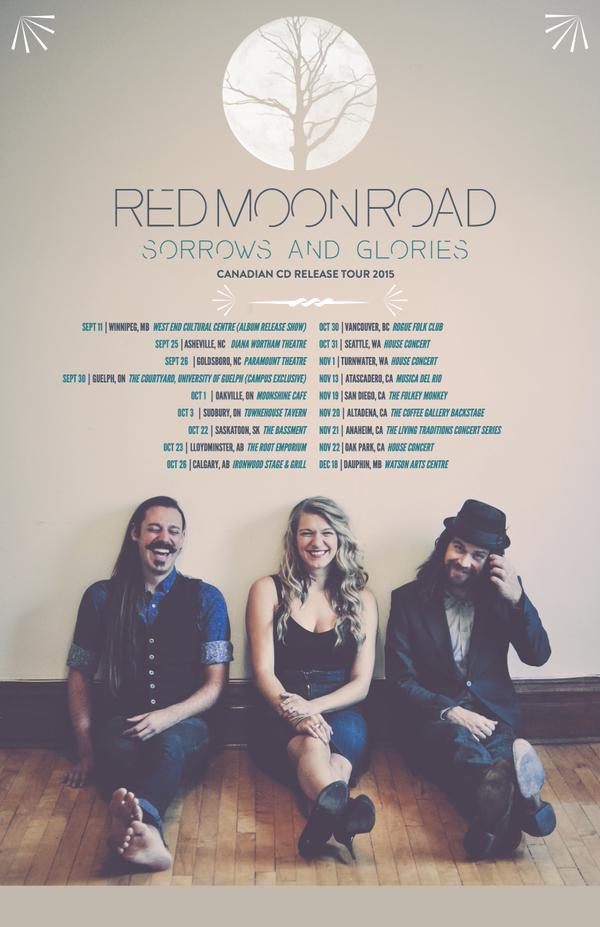 Winnipeg MB based folk/ roots trio, Red Moon Road have just announced their full length studio album, “Sorrows and Glories” which will be released on September 11, 2015. They have also released a live studio video for their first single, “Beauty In These Broken Bones”, which is absolutely beautiful and I highly recommend you take a listen right now.

As if all this wasn’t as exciting enough, they announced a string of tour dates: